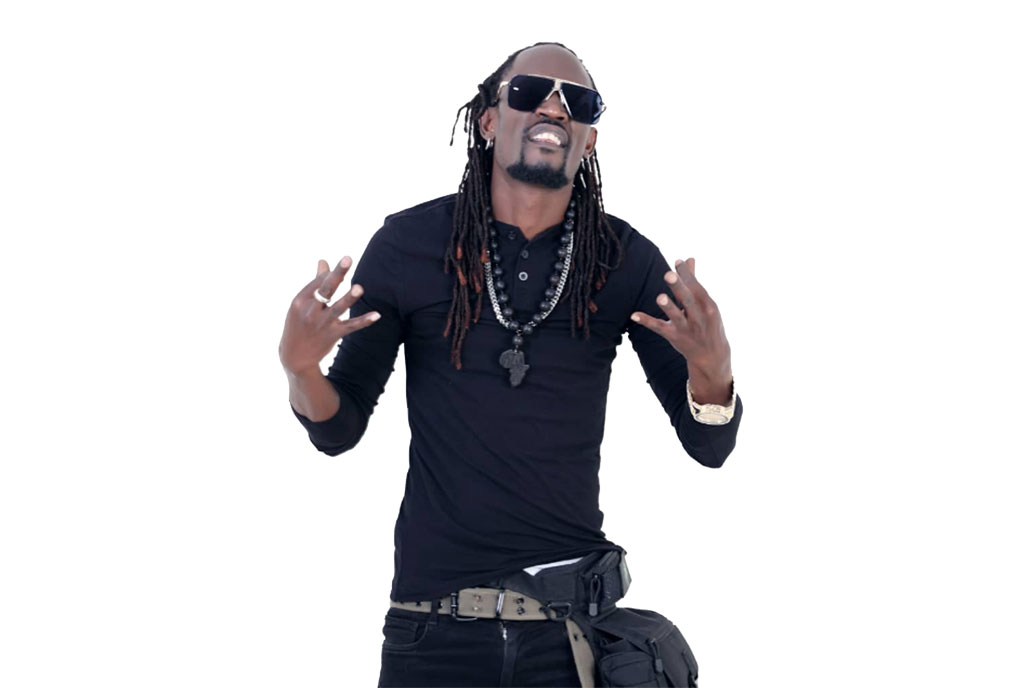 Free at Last: From being imprisoned in Jamaica to releasing a remix with Elephant Man and meeting other legendary artistes, Vampino saw it and all. Isaac Ssejjombwe caught up with him to talk about his Jamaican experience, Covid and much more.

Welcome back and how are you faring?

Thank you. I am still settling in but you know home is home.

What had you gone to do in Jamaica?

I had a holiday in Jamaica that I turned into a business trip, whereby I met big names and we networked. I met Buju Banton, Sizzla, Bugle and Elephant Man, among others and we worked on various collaborations that will drop any time.

You asked for help on your social media after being locked up in Montengo Bay. What happened?

I was imprisoned because the airport I was at had no flights out of Jamaica to Africa without going through America, yet my visa had expired. The airport does not have waiting areas so they said they were taking me to a nice place to wait for my next flight. They said they were taking me somewhere safe until the next day, only to be told to remove my shoes, belt etc and I was detained. They forgot and ignored me for two days. I was imprisoned with murderers, gunmen and rapists.

It was hard and I was afraid. The jail guys treated me like a lost brother, Fridays were clash bites, where I had to sing a ‘gun tune’ to fit in, but I failed. However in the morning, I remembered my verse from a gun tune and gave it to them. They applauded and gave me the gun shot raa raaa raa African raaa…

How then were you rescued?

After fitting in, my jail mates helped me convince the guard that I was innocent and that is when I called out a few people to help me reach the right people because I was innocent.

Some people say you were deported.

No. I was told to find a new entry. 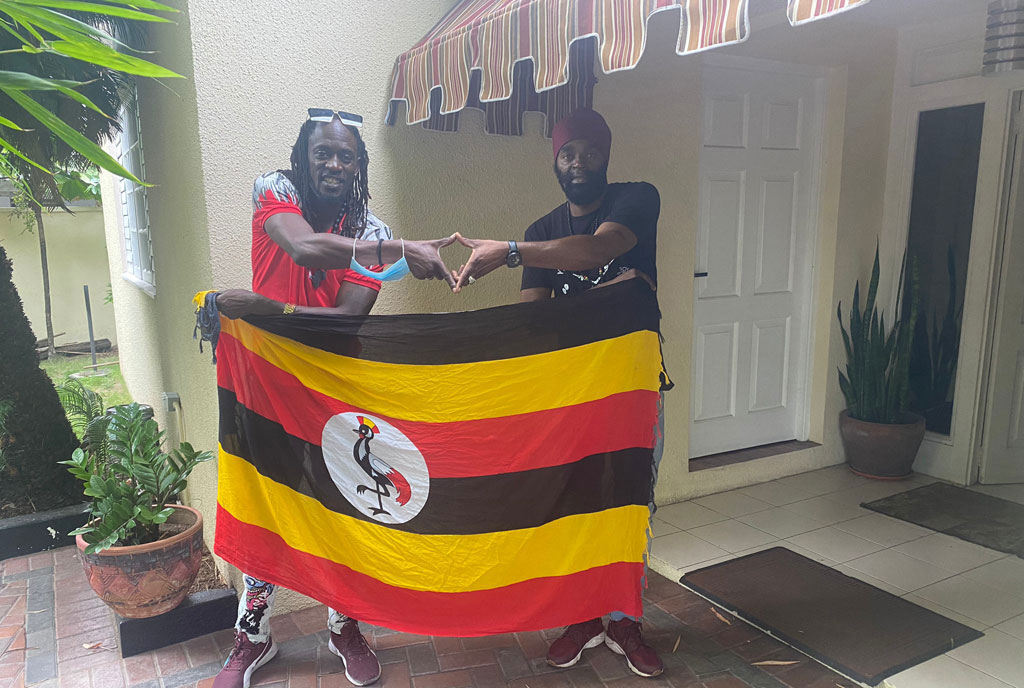 Proudly Ugandan. Vampino flaunting the Ugandan flag while in Jamaica with Bugle, a Jamaican reggae and dancehall artiste. PHOTOS /COURTESY

Will you ever return to Jamaica?

Yes. We are planning on moving really soon, with management just waiting on easing of travel and a reduction of Covid-19 cases. The other thing keeping me from travelling is that my family is coming down for Christmas, so we have to spend it together.

We have seen several clips of you and Jamaican artistes. What were you guys discussing?

Like I told you earlier, I was networking while in Jamaica. Something is being set in play. I met Buju,

Sizzla, Elephant Man and also worked at Bugle Studios. We had a show together with Anthony B in Arizona and had another with Serani. I met and had a show with Mr Vegas.

Is it easy to meet these artistes?

It is not easy. I was perhaps lucky, but I was also consistent as an ambassador with my Ugandan flag.

Among the Jamaican artistes you met, who was the easiest to vibe with?

I think they were all down to earth and happy to meet an African who can cross all the way to Jamaica, an island, for his career and music. Interestingly, I walked on the streets like I was home.

Tell us about the Smart Wire remix with Elephant Man?

I told my manager before the flight to Jamaica that I would have Elephant Man on the remix of Smart Wire and he took it as a joke. Little did I know that God had His plan for me. We met Elephant Man at a KFC parking lot in Kingstone. We jammed Smart Wire together, talked about business and stepped into studio on the same night, where we had it all redone like it had never been before. He is a calm, easy and down to earth person.

For me it was a whole different experience, although we were running like we knew each other. I even reminded him of how I came to his stage in Uganda and we did his Sweep Together. I showed him my Njera and Love to Dance original songs against his Sweep and he loved them. 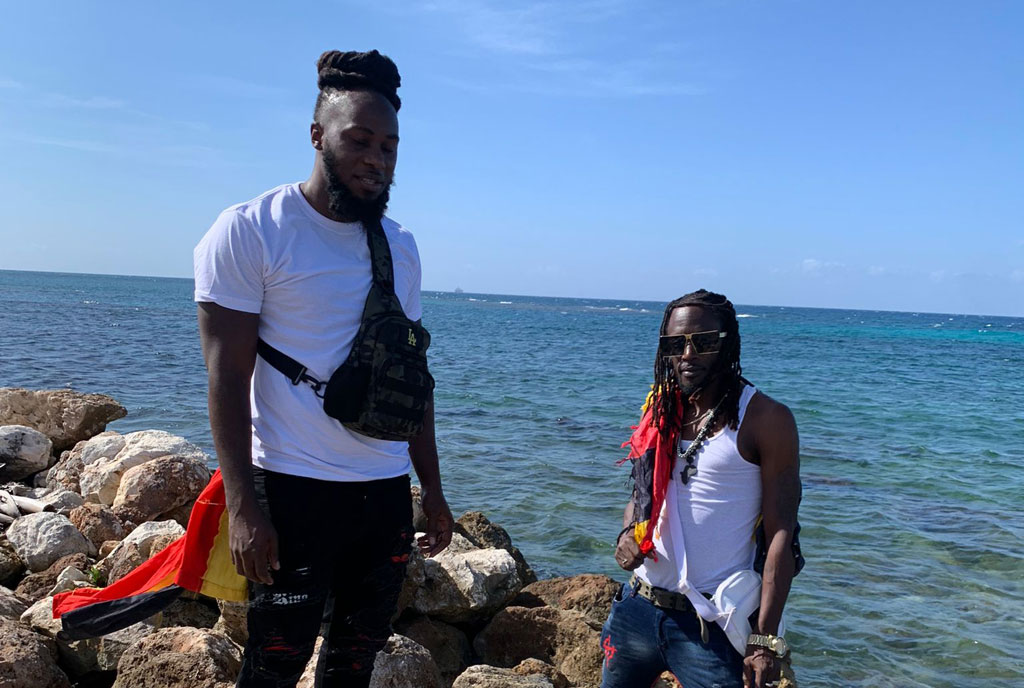 Why didn’t you do a fresh new song rather than remix what was already a hit?

My music still reigns and I believe it always reaches more people. Smart Wire is a slogan that has also left some of my American fans wondering how I came up with such a song and it is being taken as a new one out there so the remix is to endorse it further and also have more dancehall fans out there vibing to it and when you listen to it, it will sound new.

Besides that, I am a master of remixes, don’t forget. Remember Kwekunyakunya, Siika Chapatti… Ask Fille.

Before Jamaica, you had left Uganda for the US. Why?

I am a mover. I keep looking for more for my career and now I have a new management called WinWin based in California LA, so we are trying to break borders together.

To take you back, how did your music career start?

I was brought up in a musical family but my mother was the key to this. My elder brother Alex Kirya, aka Sabba Sabba, also played a role when he started his hip-hop career. That is how we got introduced to trying to sing. In school, I worked with choirs and always entertained the school audience.

I used to go by the name Elsie, then Vampire.

Why the change of name?

I was suspended from school and I did not go home, so I decided to stay in the ceiling and only came out when it was dark to feed after everyone went for preps. That was when I changed to Vampman, Vamposs and then Vampino until today.

What is the story behind the change of the remaining names?

It was from vampire that I became well known. I was trying to walk away from the evil and made it sound like the good Vampire. I was trying to make it look good, not like the evil they know about vampires. Today, there are also good vampires like me.

Where did you meet Benon and who came up with the idea of forming a duo?

I met Benon in Namasagali College during our A-level and from there we linked and entertained the school whenever we had a chance. We did not really consider ourselves a duo but we just did music together as good friends but the audience made us a duo.

You and Benon are completely different artistes, how did you manage to work together for so long?

We were friends before all the music in school and out of school, music was passion. The money was a by-the-way for us. It came when it came.

What did you achieve as a duo?

We achieved all we have today. I achieved a career and a job.

With the success the group was receiving, why did you separate?

Well, Benon always wanted to be in production and he worked with all our production teams for all our music while I ran the marketing and events booking. Later, he did get into production and I continued as a solo artiste.

If there was any chance. Would you be open to Benon and Vamposs again?

Do you have shares in Swangz Avenue?

No, I don’t have shares in Swangz Avenue.

What then was your contribution to Swangz Avenue?

I contributed to the bigger marketing of the name and held the flag for many years and got friends who contributed a lot to the industry as a whole, which also makes me part of those legends.

What challenges have you faced during Covid-19?

It has slowed everything. Like I told you, I am a mover and when we travel, we face various hardships of crossing some borders.

For example, Europe has been banned from travel to the US the past season, which messed me a lot. No jobs and all… 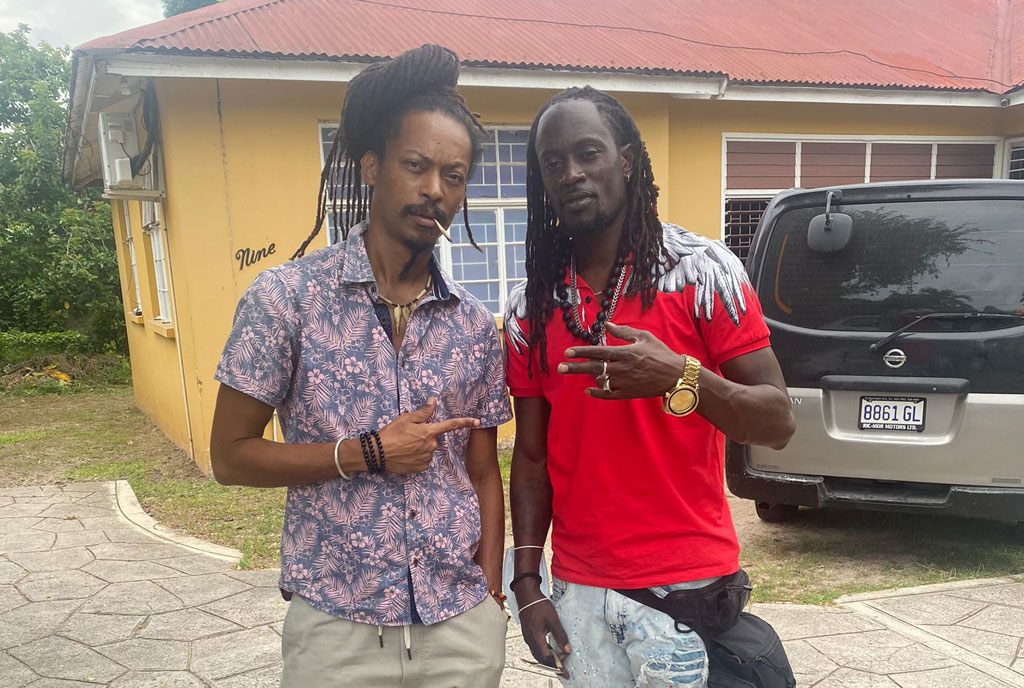 “Goodbye Jamaica..The rest is gonna be history…thanks for the much love.” Vampino posted on his social media while he was at the Jamaican airport on September 21 but the next post he made four days later, he was crying for help after being detained at the airport prison.

“Uganda my peeps help me and contact the embassy. I am locked in a Jamaican cell in Montego bay..munyambe…have no help here.” Vampino posted.

After the intervention of some people and a few calls, the 41-year-old was released from prison and he appreciated Ugandans for being patriotic and concerned with his situation.

The Smart Wire artiste also thanked Bobi Wine who took time to find out where he was, his wife Lydia Namakula and manager Lucha as well as Pejay Boaz but it was the Ugandan embassy that played the biggest role in his release.

“Ugandan embassy, you are the best. Guys if it ever happens to any UG person abroad we have to call on these guys too. They came in to assist when they were contacted. Was told my embassy called. So I thank you guys for that.”