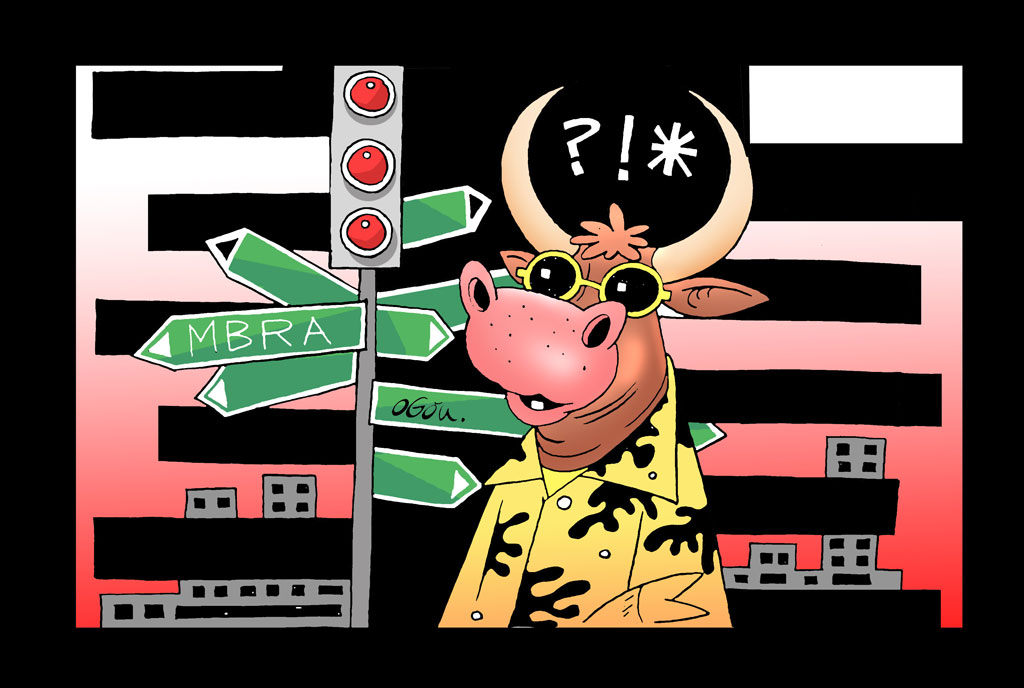 Dont get me wrong. Mbarara has all that is required of a city…

Gamba N’ogu: It is a city almost a duplicate of Kampala, or even   better, yet we just do not get the oomph!

The Prophet Azawi said 2021 would be our year. And we believed so, and we acted so! But then, as the year came to an end, the Mbarara enthusiasts could not help but reignite the conversations about their ‘city’. Left with no option, it is time to address the elephant in the room – the Mbarara elephant – is it anyway?

I once asked; “what do people go to do in Mbarara?” What’s there to see? What does Mbarara have to offer? Till now, I am yet to receive a response. Perhaps after a four-hour exhaustion, people have decided to build a mystery around Mbarara. Because surely you cannot travel for four hours only to have botched up expectations.

Take Rusiina out of Mbarara and suddenly there is nothing more to define Mbarara. In fact, that is Mbarara’s biggest struggle. The struggle for identity. Mbarara as a city is suffering an identity crisis. What is Mbarara? What does it stand for? Surely it all can’t be about the long-horned bull on some funny round-about?

At least we know what Kabale stands for. We know that the men have no filters in their speech. They are not imprisoned by the gods of political correctness. We know about the enturire. We know, for example, that Fort Portal has crater lakes to offer. We know Kisoro will overwhelm you with mountains to hike. But what about Mbarara?

Perhaps it is River Rwizi. But what is there to see from a river that is half dry, half plastic? In fact, once you see the state of River Rwizi, you soon realise that the problems of Mbarara are much bigger than one can imagine.

They say; “money can’t buy class” and Mbarara cannot help but nod in agreement. With money, Mbarara would have aspired for more. It would have dreamed itself bigger than just being a conglomerate of hardware shops, a run-down bus park and a city with one hangout lounge.

If you had to choose between two evils; Mbarara and Najjera, you would rather hang yourself by the Najjera rope. There is something to long for in Najjera. One life hoping that one day a slay queen may renew their weave, that one day, a Subaru driver will abandon his crocs, that one day, a bluetooth speaker will run out of battery. But what is there to long for in Mbarara?

Do not get me wrong. Mbarara has every ingredient that is required of a city. It has the traffic lights, it has the hotels, it has the people, it has the trade. But having ingredients is not enough in itself. One must have the art and science of mixing these ingredients. One must have that recipe that makes Bugolobi different from Najjera. Mbarara lacks the recipe. It is that rich man’s kid in school, pampered with all the pocket money, yet delivering F9s in every subject. That is Mbarara for you, it has everything it needs to create greatness, yet chooses to create nothing of that kind.

The future of Mbarara

But there is hope nonetheless. There is Ntare and the debating culture. It is something Mbarara can celebrate. There is MUST and its idealistic souls, hoping to create the transformation we all desire. There is a Triangle, and there is a signature, and an Igongo. Maybe there is also a factory, or two, or three promising some hope. But that still does not answer the question: “What does Mbarara stand for?”

Mbarara ought to go on a soul-searching journey, pick up Frankl’s book and search for meaning. Maybe Mbarara needs a Lwasa like Masaka. It must find something that excites the nation. Masaka has Lwasa, and folks just like him. Masaka has the fluffy car dashboard covers. Mbarara needs to pick a leaf. There must be something that makes a Mbarara person stand out.

It needs to find some key personalities to represent Mbarara in Kampala. The way Kabale has a Hillary Chief, Masaka has Lwasa, Najjera has its Twitter influencers, and Luzira has a Kepler, Mbarara must immediately find these kind of star personalities. It must move on from the Sister Charity days. It cannot be locked in peace, purity and personalities with those kind of names. It needs shouting names. Names such as Bajjo, Full Figure, resounding names. At the worst, it can even hire some.

Then Mbarara must find a proper brand story. We must know why Mbarara exists as a city in the first place. What is the brand purpose of this city? It is not cows. Rusiina cannot carry this cross alone. Perhaps it can take on a new city tagline. Yes. Mbarara can choose to rebrand with a new tagline; “Mbarara: Gamba N’Ogu” Nigeria has the Lekki city in Lagos State. Mbarara could become our Lekki city. It can cement itself as the Mecca of the Gamba N’Ogus. The place where one gets to rub shoulders with power, dance, act, walk, shout and sleep like power. That could become Mbarara’s redeeming factor.

Only then can Mbarara be saved from this abyss of an identity crisis. Nothing ever comes out of this abyss. But if Mbarara stops pretending to be a city of tourists, a city of cows, a city of beauty, and simply embraces its new positioning as the Gamba N’Ogu state, then it can be saved.

And maybe Mbarara can even go a notch higher and ban some cars from entering this new city. In this new Gamba N’Ogu city, we cannot expect a Passo and other sachet fuel cars to make it to the city. If they do, they must pay a special fee to access the Gamba N’Ogu city.