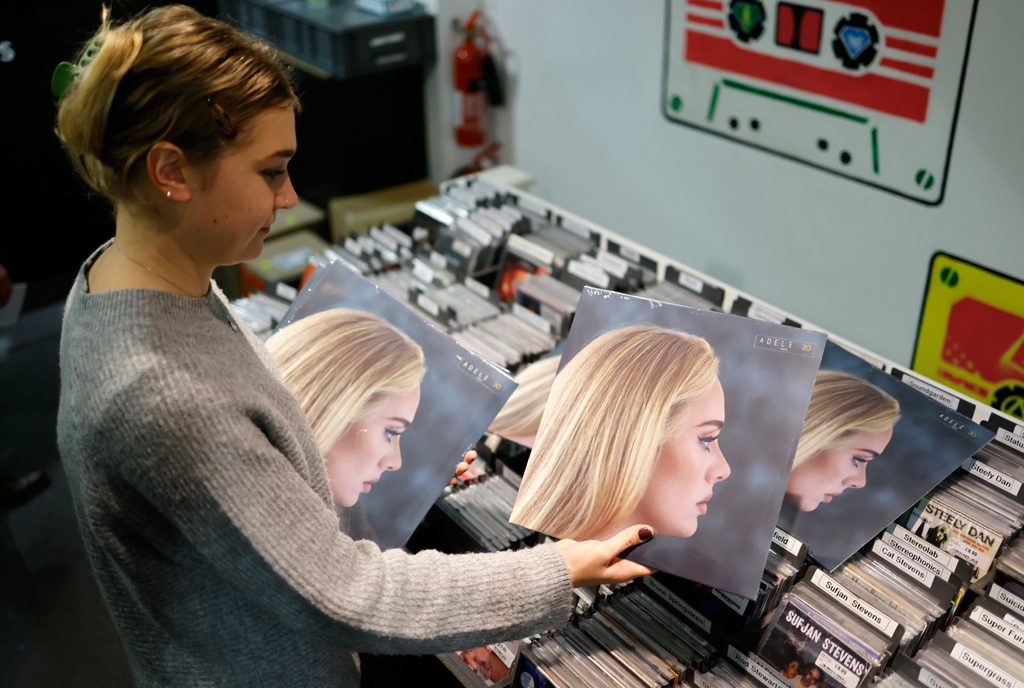 A member of staff sorts copies of the new album from British singer-songwriter Adele, “30” in Sister Ray record store in central London in November 19, 2021. PHOTO/ AFP

For many musicians, like story-telling superstar Adele, the order of songs on an album is a matter of the keenest concern, affecting how a narrative is presented, how listeners react and ultimately how many albums are sold.

That is a big reason why customers of Spotify saw “play” as the album default option Sunday on the world’s largest audio streaming service, so songs will be heard in the order they appear on an album — though users can still elect the “shuffle” option.

Adele, whose much anticipated new album “30” shot to the top of the charts within hours of its release Friday, is among the artists who have campaigned for the “play” choice, and in announcing its change Spotify specifically mentioned her.

“As Adele mentioned, we are excited to share that we have begun rolling out a new Premium feature that has been long requested by both users and artists to make play the default button on all albums,” a spokesman for the Swedish company said.

“For those users still wishing to shuffle an album, they can go to the Now Playing View and select the shuffle toggle.”

“We don’t create albums with so much care and thought into our track listing for no reason,” she said. “Our art tells a story and our stories should be listened to as we intended. Thank you Spotify for listening.”

The English singer/songwriter, winner of 15 Grammy Awards and 2016’s Billboard Artist of the Year, is known for songs that combine raw, deeply personal feeling with strong musicality.

On her album “30,” Adele, her voice sometimes breaking, sings about her divorce and the guilt, depression and self-doubt that followed — a story she wanted listeners to hear as she had crafted it.

“There is always a story to be told as you listen to an album,” Andrew McCluskey, a song curator for the musicto platform, wrote online.

“Even if lyrically it doesn’t make sense, you can create a sonic and emotional journey with correct song placement.”