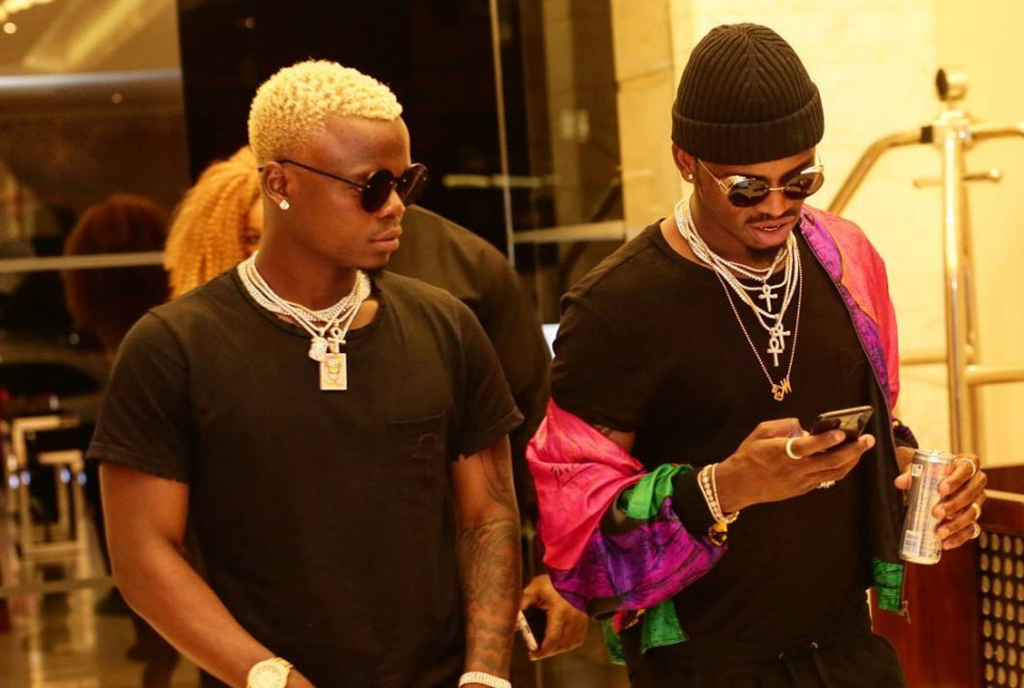 Bongo Flava Stars Diamond Platnumz and Harmonize were once inseparable as the two churned out hits that got their legion of fans across Africa and beyond singing but that now seems like a long time ago.
The relationship between the two artistes has gone from bad to worse and for the first time Harmonize has shared details of his contract with former record label, WCB and reasons why he parted ways with them.
The video clip of his impromptu press conference at the Julius Nyerere last week was one of the most trending pieces on social networks.
The artiste opened up on his trials and tribulations in the hands of WCB management which include the forced payment of an additional TShs100 million and reluctance to let him go.

Exit from WCB
He said the termination of his contract was a big hustle, despite paying an exit fee of TShs600 million, something that forced him to call for the help of former President John Magufuli.

“We had agreed that I pay TShs500 million release clause, I was supposed to pay the money in two instalments but after I sold my house and raised the first TShs300 million as agreed, tables were changed,” said Harmonize.
The management declared that he should pay the remaining fees to be released.
“Even after I had struggled to raise the remaining Sh200 million, an additional Sh100 million fine was slapped on me allegedly for making appearances at the National Stadium and many other issues,” said Harmonize.
Even after the additional Sh100 million was paid Diamond was reluctant to sign his release papers.
“I had to seek the intervention of the late President John Magufuli on the matter. I told him everything and he instructed that the papers be signed,” says the ‘Kwangwaru’ singer.
It took orders from above to block Diamond at the Julius Nyerere International Airport before he could leave for the US.
“Diamond had to return to the national Arts Council Offices to sign the documents before they could leave the country.”

Harmonize signed for the Diamond-led WCB in 2015 with his debut single ‘Aiyola’ hitting the headlines in November that was soon followed by collaboration with Diamond in ‘Bado’.
“I was signed by WCB and I have never denied that and if there is a part I have said Diamond has never helped me get that interview and show it to me.
“But I want Tanzanians today to know how he helped me. I signed a 10-year contract and in that contract I was getting 40 per cent out of every performance and the rest went to Diamond,” he said.
“When I perform, and I get paid like TShs10 million he takes six and I take four,” said Harmonize.
Harmonize, who addressed the press after landing at the Julius Nyerere International Airport in Dar es Salaam from a US music tour last Thursday, claimed that staying quiet on the matter has cost him a lot.
“I have never talked about it, but today I will because it’s not good to make your fellow artist look bad, knowing that he is not. Supporters of WCB see me as a bad person as it has been portrayed,” he said.
Harmonize, in a bid to clear his name, narrated his experience working with fellow Tanzanian heavy hitter Diamond Platnumz, who is the founder and CEO of WCB Wasafi.
Noting that music has always been his dream, but his troubles at the label began when he started doing music tours to different countries, including Nigeria, and releasing widely successful collaborations with continental acts such as Burnaboy.

The ‘Kainama’ hit maker also claimed that the WCB management slandered him after he started to become a household name in Tanzania, and was starting to be seen as Diamond rival.
Harmonize explained that he sought help from others, including Mama Dangote (Diamond’s mother), but it was all in vain.
He added that chasing his dreams was mistaken for him trying to overtake Diamond in the music industry, accusing the Wasafi chief executive officer of intentionally creating dispute with any successful Tanzanian artist.
“All artists who have had a quarrel with Diamond, has only been after they have hit the limelight. But as an upcoming artist, they are friends,” he said.
“Any artist that has been a hit in Tanzania including Ben Pol, Ali Kiba among others, has been in a fall out with Diamond.”