Ssekandi turns Magogo into a dummy 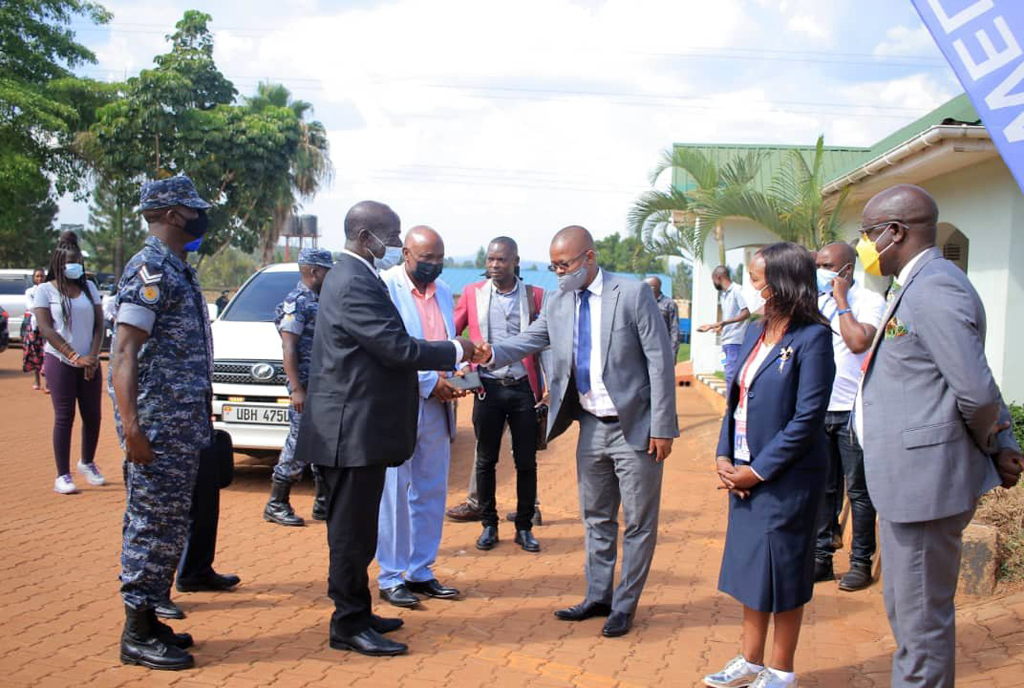 It is now clear that besides the red carpet, former VP Edward Ssekandi also has nothing for football. As chief guest during the final day of the Cecafa Women’s Under-20 championship in Njeru last week, Ssekandi turned Fufa president Moses Magogo into his dummy guide.

At the final whistle when Ethiopians celebrated, he insisted it was Uganda that had won.

“We scored two goals,” Ssekandi told Magogo.
“Yes, but Ethiopians later scored three,” Magogo replied.
“But we were already tired.”
Pondering for a while, he asked if he could now go home. Magogo said it was crowing ceremony.

I would have made NBS bigger than CNN – Kisti
Robin Kisti is yet to get over being snubbed by NBS and has told all and sundry that she would have made the local station big enough to rival CNN had she been recruited.

NBS last week hired Sheilah Gashumba for its entertainment programme, After 5, leaving Kisti, who had auditioned for the same role, green with envy and blue with anger.

“They don’t know the talent they are going to miss, they don’t know I speak with Zain Asher and Christiane Amanpour and that Michael Holmes calls to ask about my family,” she told friends.

Kisti last week took to social media to disparage NBS for the snub, and added later that she contemplated suing the station for wasting her time but realised that they would need the dime to pay Gashumba instead.

But fans told Kisti to focus on changing diapers now unless she has a better programme than just sleaze and entertainment.

Besigye should go to MUK and congratulate Nambassa
A section of NUP vagabonds have demanded that Dr Kiiza Besigye goes to Makerere University to congratulate new guild boss Shamim Nambassa.

This, the chaps say, is the only way to confirm that the Opposition stalwart has goodwill and is not fighting NUP.
“FDC did not want Shamim to win, so Besigye and Amuriat must go there and congratulate her because Makerere is a very important constituency in the vaccination we are planning,” said John on Facebook.

Nambassa, a firebrand young leader, used a sly slogan to drive Makerere crazy, picking up a landslide victory to become the 87th MUK guild president.
“There is only one leader now and that’s Kyagulanyi. The rest fall in line and support,” the NUP supporters said.