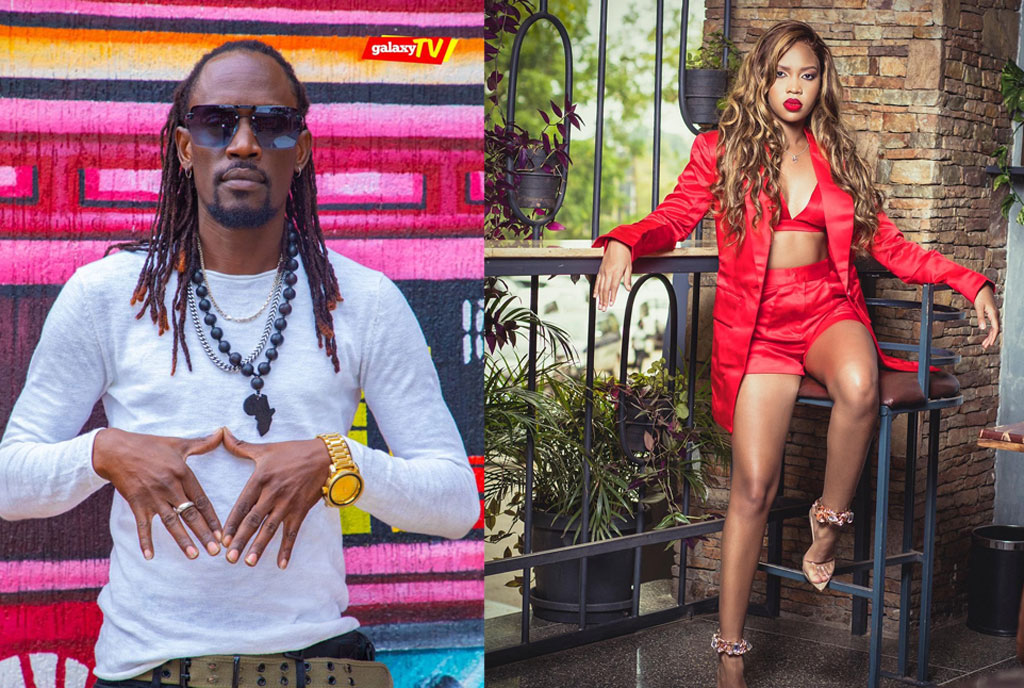 A few days ago socialite Sheila Gashumba made a u-turn to Ugandan TV even though she had swore never to work on a Ugandan TV again. Last week, the former NTV t-Nation presenter was unveiled as a presenter on NBS’s After 5.

This came after the station carried out auditions looking for a new presenter to join Mc Kats, Douglas Lwanga and Dj’s Roja and Mercey Pro. Her appointment however didn’t go well with most people including Sheila Gashumba’s old nemesis Robin Kisti who thought she was a better pick for the job than the former T-Nation presenter.

Robin Kisti is however not the only one who feels that NBS was unjust with their decision to hire Frank Gashumba’s daughter. Even dancehall singer Vampino shares her view on this.

According to Maurice Kirya’s elder brother, Sheila doesn’t deserve a three hour show on TV but rather a few seconds on air.

Shiella is good for seconds not meant for a full show…it takes alot and kisti already has all that..

Am just saying don’t refuse to play my music am just a fan.hahaha,” he posted.

Her return to TV has brought a lot of criticism since she made it clear that she will never work on a Ugandan TV again. Many have also questioned if she is qualified enough to criticize veteran entertainers.