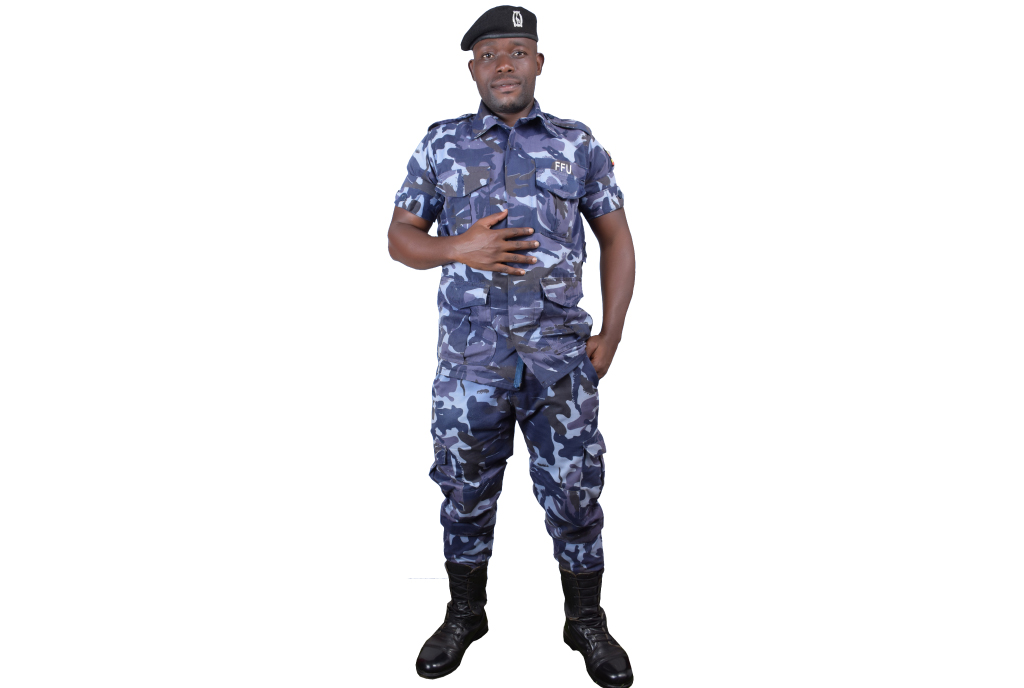 Upclose. Jamilu Mulondo, alias Proud Jamilu, is a police officer stationed in Mbale. But there is more to Mulondo than enforcing law and order. He joined the music industry when he was in Senior Four, then he was a member of a band, but he was not as serious. Today, when he is not on duty, he moonlights as an artiste, writes Olivier Mukaaya.

When did you decide to join the music industrial?

I joined the music industry in my Senior Four. I had joined a number of youths in the village but I was not so serious. I then left the village for Iganga, where I met a friend that shared the same passion for music, we came together joined resources and recorded our first song, Maddamu Wange. I was still a student and we did not promote the song that much. But of course, even the song was half baked, we went to a cheap studio.

I later joined police and became busy with duty, one day, in 2018, I was tasked to provide security during a concert in Mbale and it was during the assignment that my passion was reignited.

What were you doing before going into music?

I tried joining university but because I did not have money, I dropped out after a year. That is when I moved to Kampala and started hawking films in Luzira, Mutungo and the neighbouring areas. I did that for two years when I saw an advert from the police seeking new recruits, I decided to try my luck and I was shortlisted.

What is the first thing you do when you wake up?

When I wake up, I say my prayers then I hit the road to work out and later get ready for work.

One time, we were playing football with other children from the village and a fight broke out. People started throwing stones and all kinds of things they could come across. I remember picking a stick and hitting my friend and injuring him so badly that his parents went to the police and recorded a case. The next day, I was arrested and at the police station, both our parents had to talk things out.

He was called Fred Ochoa, a neighbour I went to school with but we separated when I joined police.

It was selling films.

What did you use your first salary for?

I used my first salary to start up my own small business selling movies. The capital was Shs100,000.

I am a police officer on the level of constable.

I earn respect from the public on whatever level and also I like the fact that I get to give protection to the people.

Injuring my friend during a fight.

Best advice you have received?

A friend that works with Uganda Prisons once told me it is important to save and do something for yourself. Before that, I would get my salary and spend it on buying things that were not thatimportant.

What’s the worst and best part of your music career?

The worst is always singing for people that don’t seem to enjoy what you’re doing. Some end up throwing bottles at you. Though there are amazing parts of the job despite the challenges, there are people that will appreciate your work and encourage you to keep going.