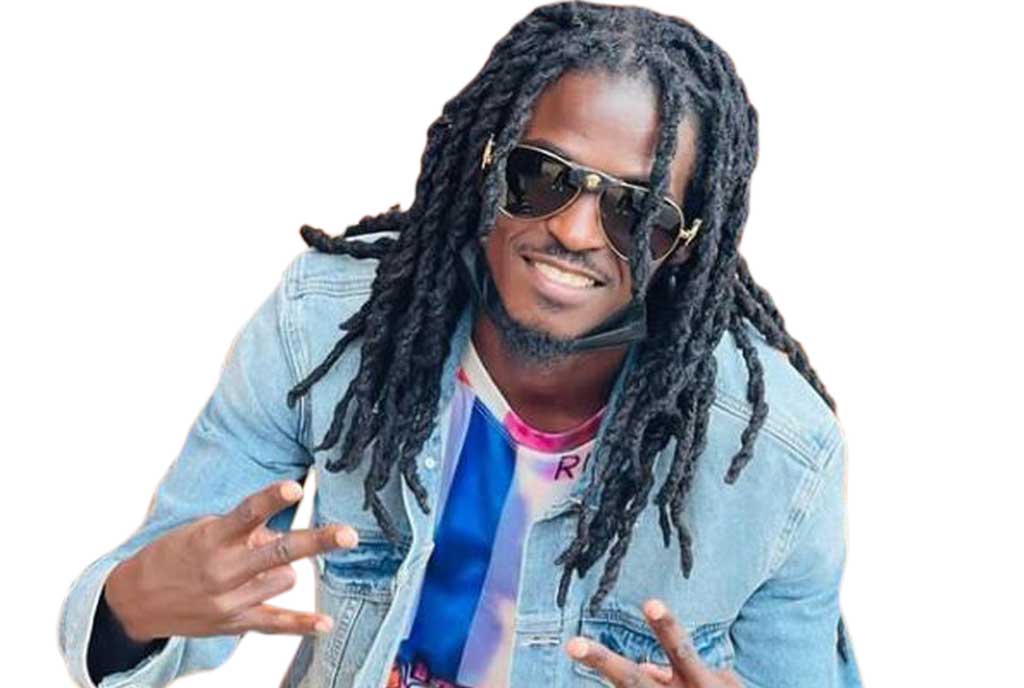 Changing lives: When Fik Fameica sang ‘Wembly kafulu mu bino’, he was not telling lies! If you have watched the guy dance, you will agree that he, indeed, is a pro at what he does. But Wembly Mo took the pat on the back but did not just stop at the hashtag but rather chose to use dance to change young lives. Trevor Taremwa spent time with the dancer at his foundation.

In the world of Ugandan contemporary dance, Moses Kyeyune, popularly known as Wembly Mo, surely needs no introduction. He has built his dance brand over the years through his eye-catching and carefully choreographed dance moves, video appearances as well as musical collaborations with titans such as French Montana, Swae Lee, Eddy Kenzo and Fik Fameica. He has been there, done it.
A new crop of dancers characterised by coloured braids has become a popular feature in recent music videos such as Pia Pounds’ Tupaate remix, Ykee Benda’s Obangaina and Fik Fameica’s Buligita. These dancers are from Wembly’s new initiative; a dance foundation.
When we visited the foundation’s premises, the seasoned dancer opened up about this new journey. 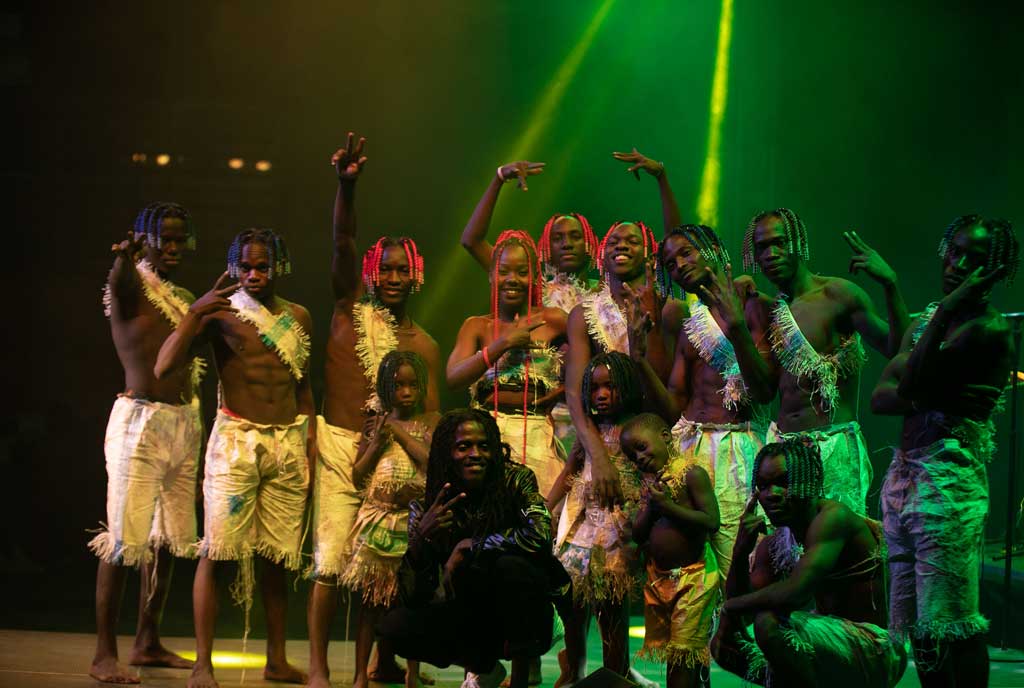 What moments led to you becoming a brand in Ugandan contemporary dance?
During 2017, before French Montana and Swae Lee came to do the Unforgettable video, I was asked to do the choreography alongside the Ghetto Kids. Long story short, the video happens, the song blows up and everyone knows that the Ghetto Kids were flown out to perform alongside French Montana and Swae Lee at the BETs that year. I didn’t take it personal but it hurt not being flown out as well yet I had been a huge part of the process.

How did you deal with that heartbreak?
At the time, I had been friends with Fik Fameica for a long time and he noticed that not being taken to the US had taken a toll on me. He told me to forget it, with a promise to make me a song that would get me my own BET. I took it as a mere consolation. Within no time, we were at Artin’s studio and it is then that we made and dropped Kakima. The song and the dance moves helped my brand get bigger. I started getting endorsement deals from telecommunication companies.
The following year, I dropped Sconto, again with Fik. That was it. I started getting solid recognition as Wembly Mo, the awesome dancer.

When did you decide to start this dance foundation?
So, while preparing for Kakima, Frank Jah came up with a concept that required very many dancers. In a quest to find dancers, I made a call on social media. I was overwhelmed by the love shown to me through the feedback. We told the dancers to come to Jah Live and the numbers were overwhelming. I had never felt so much love before. We switched venues a couple of times but the dancers kept investing personal effort to make it to the venue.
When I got to interact with the dancers, I realised that they all had dreams of making it to the big stage. They all wanted opportunities to dance for Eddy Kenzo, Fik Fameica and many other superstars in the game, just like I had done before. They were undergoing the same challenges I had faced before because in Uganda, very few dancers are accorded opportunity to express themselves.
It is then that I told them that we must dance together. I told them that we shall have a meeting and something big would be birthed out of it. It was initially a project that I called “Dance with Wembley Mo”.

How did the project morph into a foundation?
After doing Sconto, I realised that the cause needed to be bigger. I was still working with dancers, most of them young and burning with ambition. Parents as well were calling me day and night to get their children into the project. I sought counsel and that is when a friend advised on the concept of a foundation. I got to learn that a foundation in an NGO is a board that governs small groups. I was advised to switch the name from a project because a project ends while a foundation lives on forever. All the videos I shot, I always had hundreds of young dancers who not only wanted to appear in the video, but to make it as well. 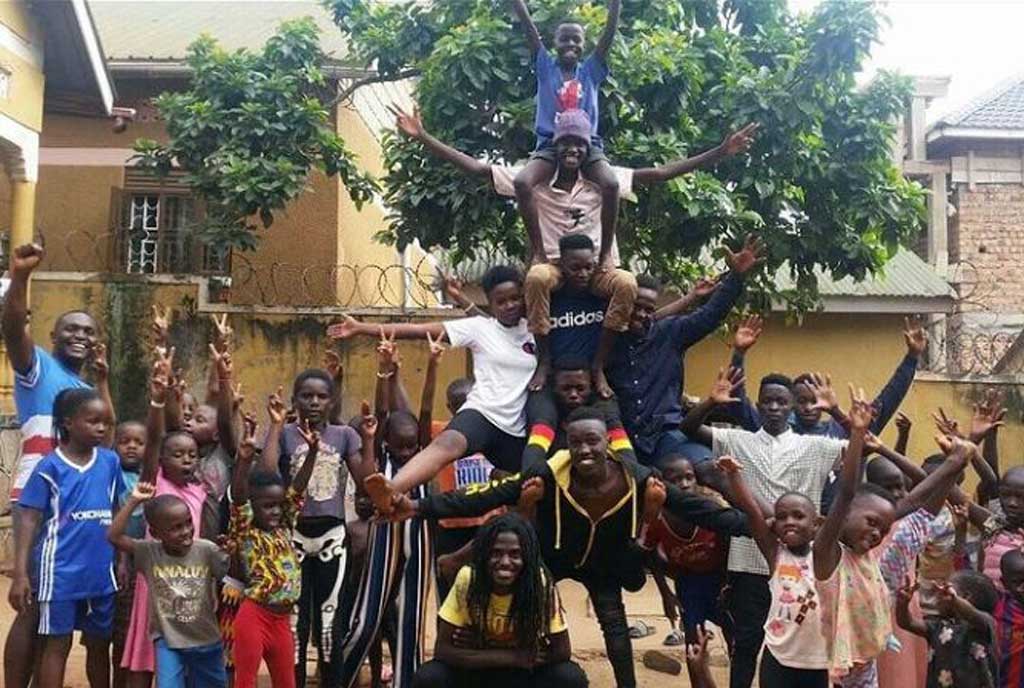 Did you welcome them all?
I don’t believe in sending people away. My arms are always open to anyone as long as they have the zeal and desire to be a part of something. While shooting Sconto, I had a concept of using close to 250 dancers, but the number of people that showed up were more than the required number. I had to leave some behind and they cried. I cried as well.

How did Sconto turn out?
Like I told you earlier on, it was a major win for me and Fik. The first time we had to shoot the video, it rained and we had to postpone. That is why I encourage young people to be persistent in whatever they got their eyes on. It takes a lot of persistence.
Sconto meant a lot to me because directors never wanted to cast a huge number of dancers in videos before, usually two boys and a girl or vice versa. The video sort of proved a point that even with hundreds of dancers expressing themselves on one set, the video could still be ballistic. In a way, I was asking for dancers to be accorded more opportunity. In every song or video I do, my number one priority is to accord opportunity to other dancers, represent and expose the foundation further.

What is the relationship between dancers and artistes?
Dancers do not sing. We do not have the ability to put out the sounds to which we dance. It is the artistes that make these sounds and facilitate the videos in which we showcase our talent. This is where I come in, because not everyone is accorded opportunity by artistes. They usually look for the most popular, for example, a Wembley Mo, an EdWizzy or Ronnie Stamina. I have put in the work to be accorded opportunities but that is not the end of it all. The onus is upon me now to propel others to greater heights.

When did the foundation get its premises?
When Covid-19 struck, it helped me put a lot of things in perspective. I already had dancers I was mentoring. Some did not even have where to stay. I gave up my house to facilitate their accommodation. The foundation has about 300 dancers but I accommodate 56 as it is what I can handle for now since I need to feed them and provide other basic needs. What I can confirm though is that I get a new application every day and I never say no. 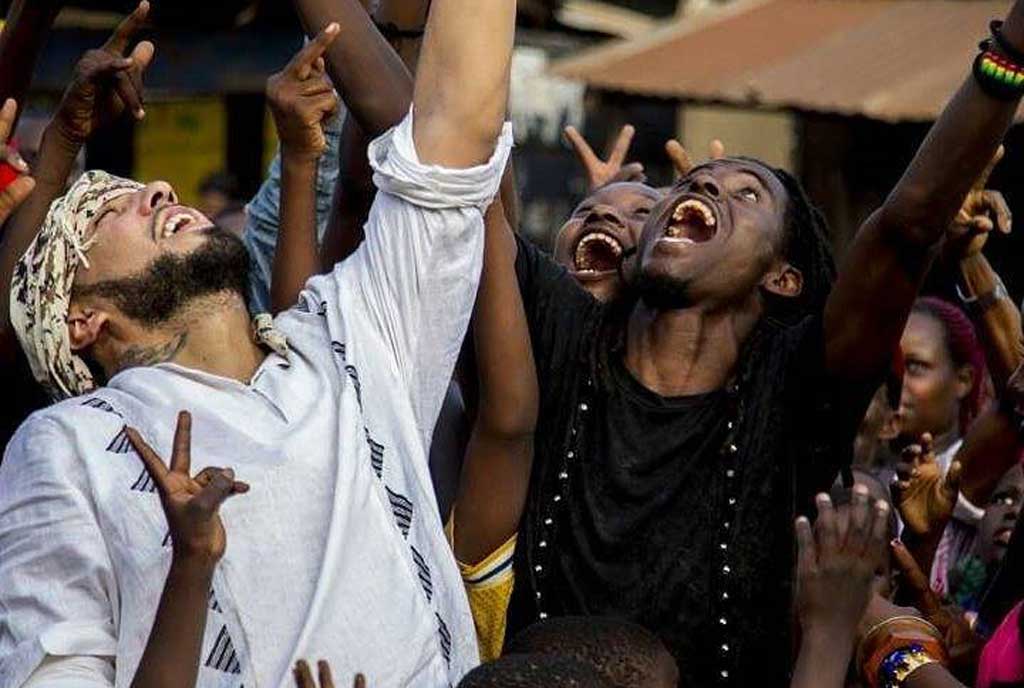 Are you confident that your efforts are equivalently paying off?
My goal is for all individuals to play at the highest level possible. The fact that we are doing some of the best videos with the top artistes is evidence enough. We just did the remix for the party anthem of the year, Tupaate, with Pia Pounds. You have seen the projects we have done with Fik, Ykee, among many others. I am not yet satisfied but I am confident we are sailing in the right direction.

When you close your eyes, what do you envision for this initiative?
To begin with, the biggest desire for all these dancers is to get platforms and opportunities for them to showcase whatever skills they are honing. I want this foundation to be able to create its own opportunities. I have a dream of owning an arena in which the foundation can stage its own dance concerts so that dancers with ambition do not have to go through a lot to showcase their potential. 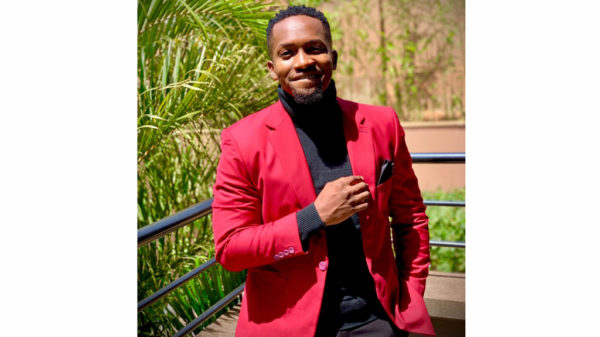