Mugabi takes guitar to the jungle 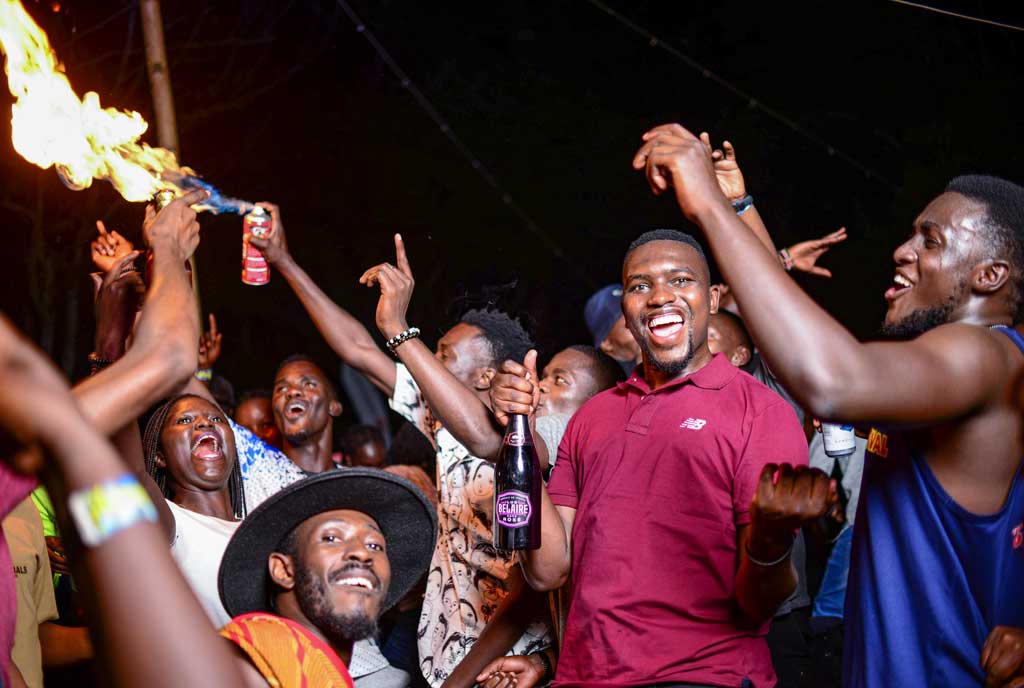 Revellers turned up in numbers to grace the music -tourism experience at Ssezibwa Falls in Mukono on Saturday. Photos / gabriel buule

If you found artiste Kenneth Mugabi, arguably one of the best vocalists in the country, chances are, he will have his acoustic guitar dangling on his back.

At the weekend, he put the icing on the cake at Ssezibwa falls in Mukono District off Kampala Jinja highway.

At around 8pm, the stage was lit with different colours, the DJ kept sampling some of the artistes’ hit songs of the artiste, throwing the crowd into loud cheers.

Carrying his guitar on his back, Mugabi showed up at the podium wearing a floral shirt designed out of African fabric. At the heart of the chanting crowd, he sat and struck the first note on the guitar. The revellers irresistibly broke into song before the artiste sang even a word.

For the first 10 to about 30 minutes, the guitar did the magic, Mugabi hummed home melodiously as the revellers sang the “Kibunomu” song which is off one of his first albums. In a descant voice that reverberated on the falling waters at the recreation site, Mugabi joined his fans and put a sizzling performance.

“This is an accoustic performance and if you continue to sing along the artiste, you will be competing with the acoustic guitar which may confuse his notes,” the Mcee, Walter Warrom pleaded after pausing the performance for a few minutes. 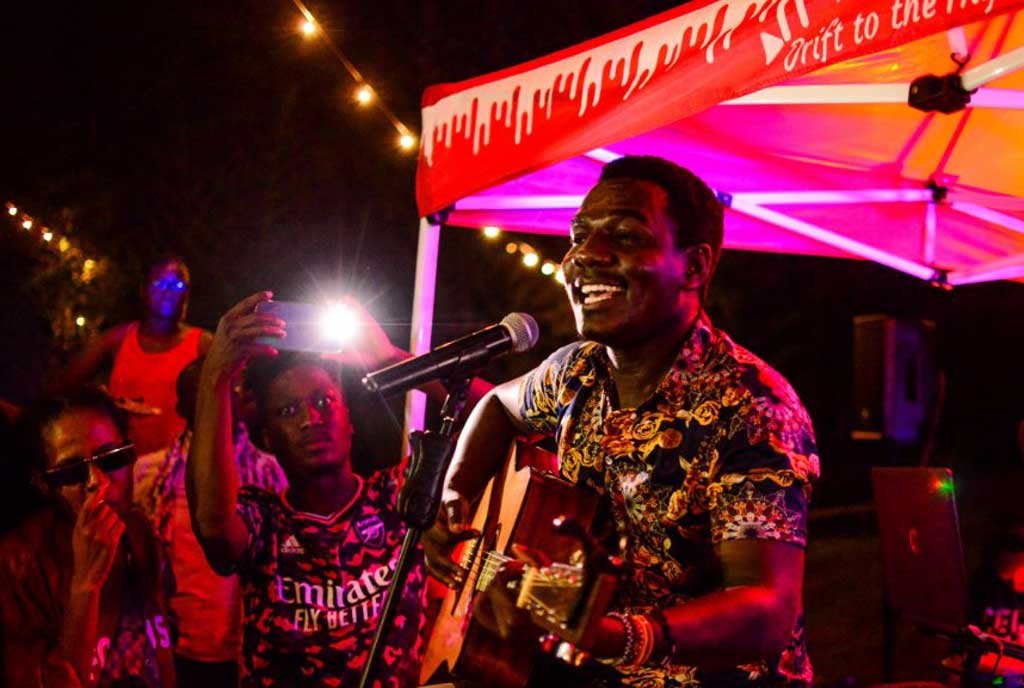 Warrom’s plea, however, fell on deaf ears as the excited fans got even crazier when Mugabi introduced the Wuuyo song which he collaborated with vocalist Isabel Twongyeirwe in one of his latest releases.

The fans lit firewax in the air and threw themselves onto the stage to join in the performance which later turned chaotic forcing the security to swing into action to secure the artiste.

“These are selfless fans and I don’t take their love for my music for granted. We have more in store for them because all they are doing is nothing but hunger for more music. We are working around the clock to make sure that we quench this thirst,” Mugabi said after the three-hour performance.

The event that was organised by local tour company Kempten Safaris saw revellers from Kampala gather to tour Ssezibwa falls in a devine camping experience.

Besides photo experience, nature walks and board games, there was perfomance by Abeeka band and music experience by Audiophile concepts.

Mugabi’s music has been appreciated across the country for its message and the ancient touch that he dexterously implores to the theme of love in most of his sons. The African touch in his music is depicted even in his dress code.