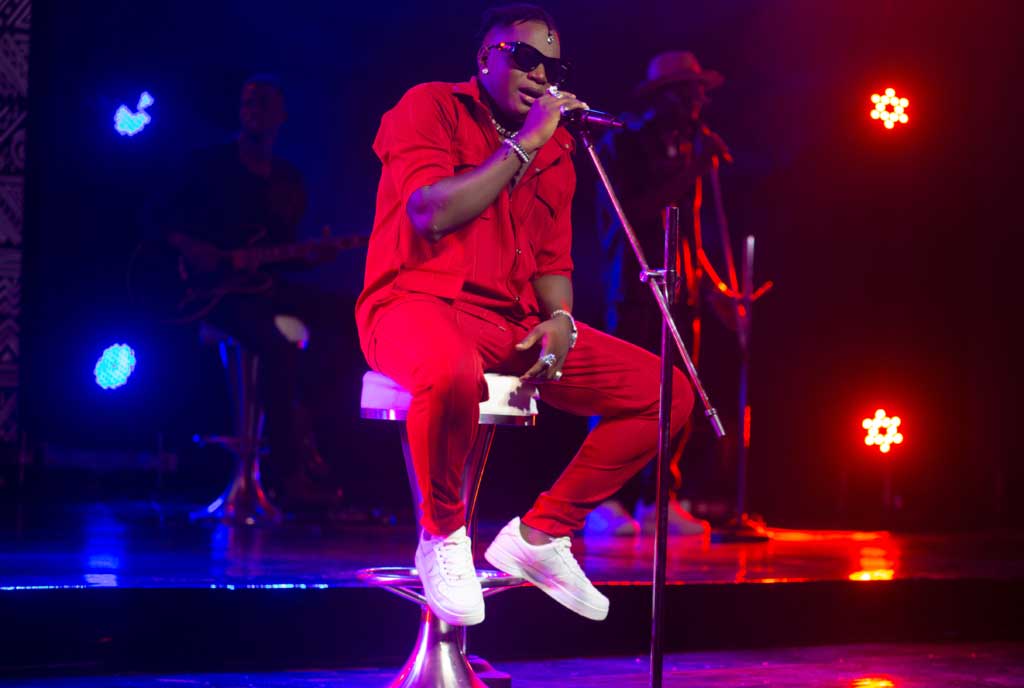 Ayagala and Bino Nabiri could be Brian Weiyz’s biggest jams at the moment but the artiste has so much in offering. He is one of those few artistes whose talent is appreciated after hearing his music.
Last Thursday, he took another step towards his career by holding a virtual album listening party that had some of Uganda’s best artistes supporting him.

Dubbed ‘Gud Child album listening party’, the event streamed on his social media platforms and was organised by two events’ companies; Humble management and Kadanke Brand House who put on a memorable show for the budding artiste. Bantu played the instruments to give the show a real feel while Charis Creations did the production work.

Krysto Snare was the host of this one and he proved that the microphone is what he does best. His mixture of poetry, rap and spoken word were enough to set pace for the man of the moment who took to the stage at 9.10pm.

Clad in an all-red outfit, Brian Weiyz, real name Brian Kagenda, didn’t waste any time as he kicked off with a new single Nail ladder off the album, describing his musical journey and the passion for his music career.

He then performed other songs on the album as well as his other songs off the album including Loving you, yensonga, Jangu Tugende, One life, Nalo, Bad Black, Wekole Byona, the title track on the album Gud Child and Ayagala Rmx alongside Recho Ray, among others.

He then left the stage for Karole Kasita, Pallaso and Recho Rey to entertain the viewers during the two-hour musical show.

The artiste who also doubles as a graphics designer decided to end off his show by performing ‘Dole Yomwana’ by Fred Ssebatta. In most cases, this attempt is suicidal but he pulled it off saying that the legendary artist inspires him.