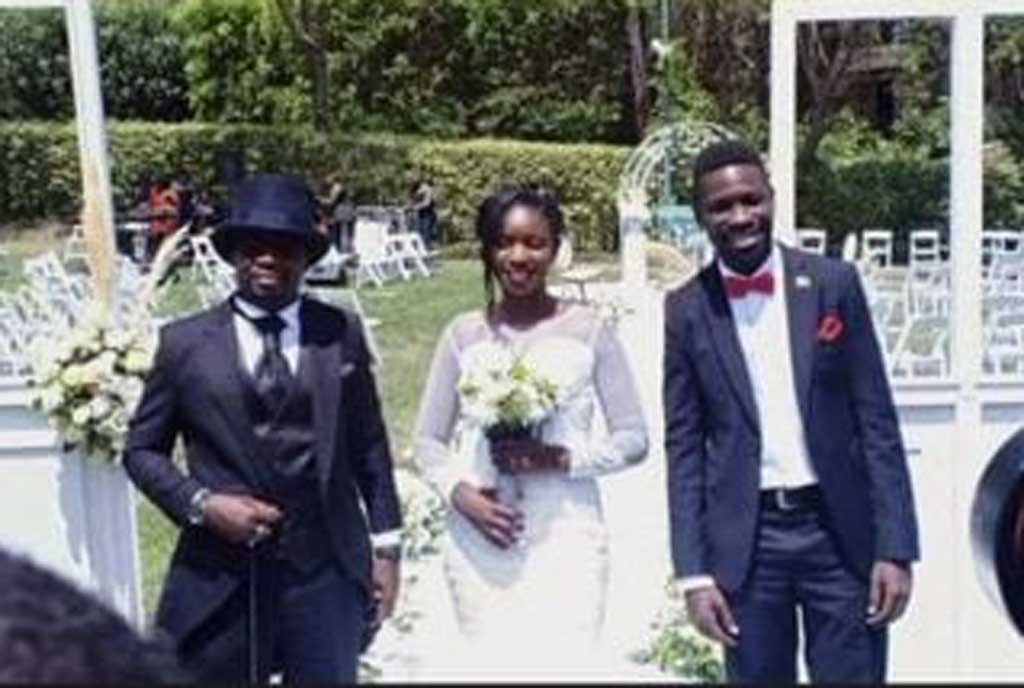 Famed Ugandan musician and politician Robert Kyagulanyi, who is commonly known as Bobi Wine, was among high profile dignitaries who graced what arguably is the wedding of the year so far, involving Silas Jakakimba, a lawyer and political aide to Raila Odinga, at Safari Park Hotel in Nairobi, on Saturday, October 16, 2021.

The staunch Orange Democratic Movement (ODM) politician could not resist the urge to go lavish and make the day of his life with his bride utterly breathtaking and memorable at its best.

From the glimmering white lace sleeved trumpet-designed wedding dress worn by the bride, and navy blue colored dresses worn by the bride’s maids, to the black 3 piece suits rocked by the groom and his men, the wedding ceremony was simply stupendous.

Adding to his extravagant look, the groom also had a black fedora which made him stand out.

Great jubilation filled the ceremony, when the groom performed for his wife, singing and dancing to a romantic rhythm which left friends and family in owe of their love and union.

What, however, marked the highlight of the wedding was when the bride arrived at the wedding grounds in a chopper.

The wedding could provide a new page for the Lang’ata Parliamentary hopeful after he was recently involved in baby mama dramas at the school of his kids. The drama had reportedly turned physical as he blamed the mother of his kids for sending someone to attack him.

“He went physical on me, fist-punching me severally on my face, causing instant soft tissue injuries to the temporal and orbital regions of my left eye,” Jakakimba’s baby mama claimed.