Adele responds to controversy sparked by her recent photo 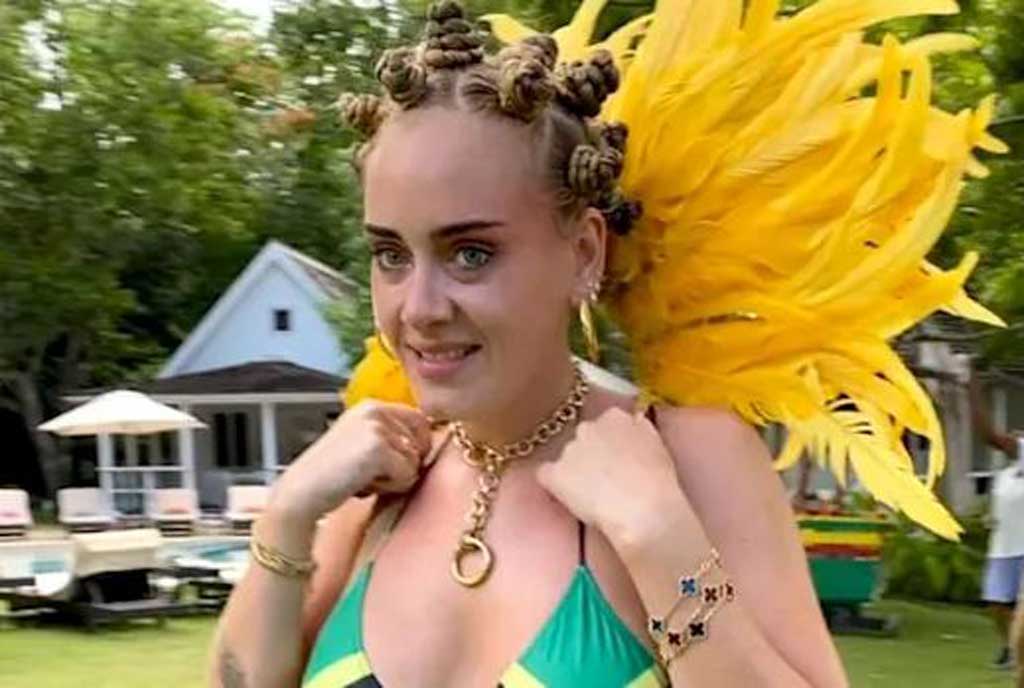 Adele defended herself and also admitted where she went wrong when reflecting on an Instagram she posted last year that ignited a debate about cultural appreciation versus appropriation.

In an interview with British Vogue for its November cover story, the 33-year-old singer spoke about the controversial photo in which she was wearing her hair in Bantu knots, an African hairstyle, and sporting a Jamaican flag bikini top and feathered collar.

She posted the photo in celebration of the Notting Hill Carnival, an annual festival in London celebrating Caribbean culture, which was virtual last year due to the pandemic.

The picture had some fans commenting that her hairstyle in particular was a step too far, while others supported her. Adele did not delete the photo from Instagram in the wake of the backlash.

“I could see comments being like, ‘the nerve to not take it down,’ which I totally get,” she told Vogue. “But if I take it down, it’s me acting like it never happened. And it did. I totally get why people felt like it was appropriating.”

She shared her mindset behind posting the picture.

“If you don’t go dressed to celebrate the Jamaican culture — and in so many ways we’re so entwined in that part of London — then it’s a little bit like, ‘What you coming for, then?’” she said. “I didn’t read the f— room.”

The ensemble also had some practical repercussions for her.

“I was wearing a hairstyle that is actually to protect Afro hair,” she said. “Ruined mine, obviously.”

Her interviews with the U.S. and British editions of Vogue are her first in five years as she promotes her new music.

She also opened up about her new boyfriend, Rich Paul, founder of the powerful Klutch Sports Group, which represents many top athletes, including LeBron James.

The singer addressed her 2019 breakup from husband Simon Konecki, as well as the public’s obsession over her weight loss and body image after she said she dropped more than 100 pounds in a two-year period.

“People are shocked because I didn’t share my ‘journey,'” she said. “They’re used to people documenting everything on Instagram, and most people in my position would get a big deal with a diet brand. I couldn’t give a flying f—. I did it for myself and not anyone else. So why would I ever share it? I don’t find it fascinating. It’s my body.”