A special Independence Day from Azawi 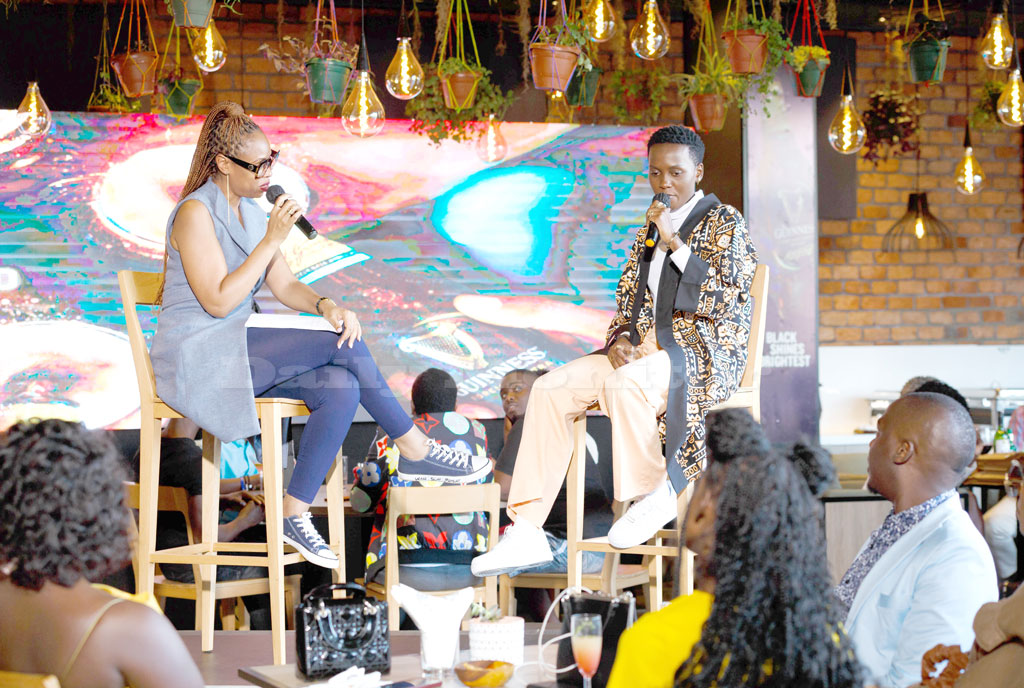 After signing with Swangz Avenue in 2019, Priscilla Zawedde ,commonly known as Azawi ,made her mark on the industry with songs Quinamino’ and later on Repeat it which were off her five track Lo Fit EP.

She was destined for greatness but then Covid happened and the entertainment industry was locked up among other sectors which meant no performances, no earnings etc. It was game over for her but surprisingly, her career stayed afloat as she was considered the artiste to watch out for thanks to her versatility, stage performance and of course a professional label behind her.

Azawi’s first single ‘My year’ off her then upcoming album African Music received some criticism. Uganda had gone back to the second lockdown and people thought 2021 was indeed not their ‘year’ but according to the artiste, she had every reason to celebrate.

“I became a superstar through lockdown so why not give thanks and be grateful to the lord,” she said. Adding that she totally understands that not everyone is emotionally as strong but personally she looks at things on a positive side.

The positive side
Two years after she signed with Swangz Avenue, Azawi has released her first album to the world.
Titled ‘African music’, the 16-track album was released on Independence day at Midnight but prior to its release, a listening party was organized for the stakeholders and the media for a feel of what the album is all about. First at Onomo Hotel in Nakasero courtesy of Guinness on Thursday and at Swangz Avenue offices on Friday.

This album has songs such as Gimme, Craving you heavy, Bamututte, Fwa Fwa Fwa, Ku Kido, Tunatiisa, Party Mood, Loving you is easy, African music and Ache for you. Others include Face me with A Pass, Majje alongside Fik Fameica, Nkuchekele ft Eddy Kenzo, Thankful with Benon Mugumbya on Thankful.

The artiste says that this album was inspired by her exposure to the rich African sounds she was accustomed to since her days at Kika troupe where she started from.

“All that experience influenced me to come up with this African Music that is why the album has African instruments like the fiddle, Adungus, shakers, flutes among others. So I had to do something that represented me and my circumstances as a person,” she said at the listening party.
Being a writer as well, Azawi wrote most of the songs on this album but to make it rich, she incorporated with other writers like Steve Keys, Julius kyazze, Benon Mugumbya, Kuseiim and Michael Fingers while the production was done by Kuseiim, Smart Keys, Nessim, Michael Fingers, Benon who did mixing and balancing of the sound while Steve Keys produced three songs Fwa fwa fwa, thankful and Craving you heavy.

Steve Keys, who is also an artist, simply said this album ‘Eclectic.’

This album is a combination of emotions which makes it a whole body of work with songs in Afro pop. Afro RnB, Reggea, Gospel and Amapiano which is a South African style.

Asked where this Amapiano vibe came from, Azawi said the Amapiano vibe in Ache for you came after her visit to South Africa. “I visited a club with Benon and a lot of people were enjoying this kind of music and I felt I needed to do something about it. Because I was doing an African album, I decided to try it out.”

After 18 months in preparation, decision making, producing and mastering, management decided that the 16 songs out of the 50 should be on this album that is now available on all streaming sites.