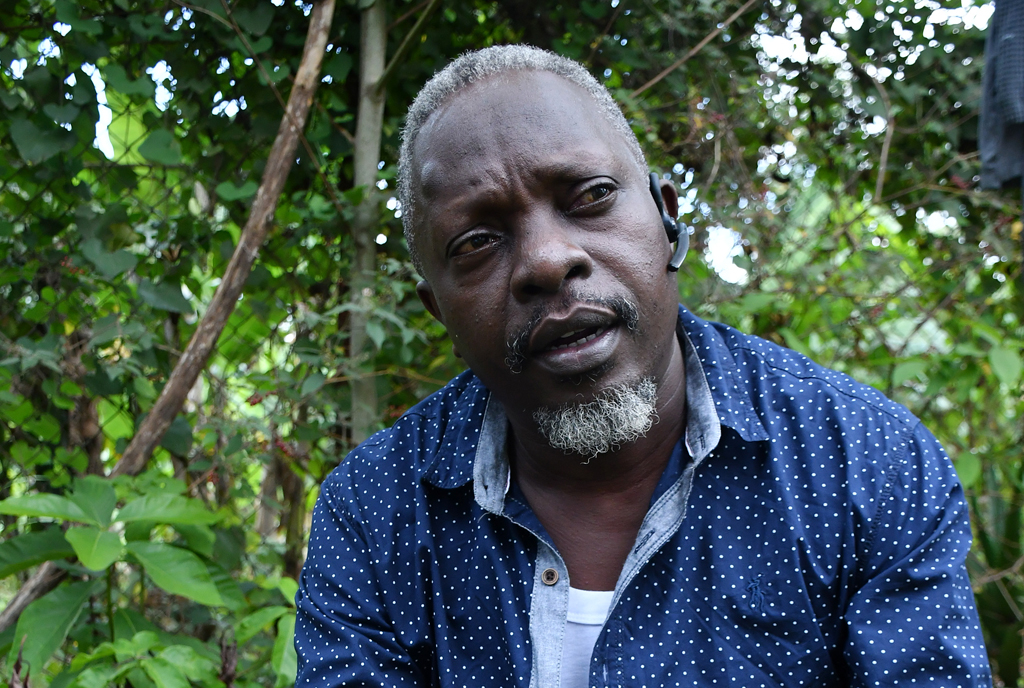 Lord of the stage: There is no question about his acting! He has five Best Actor awards and got himself a nomination at Africa’s biggest film awards but for all the achievements, Raymond Rushabiro had to make some sacrifices. Edgar R. Batte caught up with the actor for a quick chat.

You have bagged the ‘Best Actor’ accolade for five straight years at the Uganda Film Festival. What does this mean to you?
It feels so good. One, it brings me alive because when I am given a character and role to play, I give it 100 per cent no matter the conditions, so it feels good after investing so much into a role and being recognised at the end of the day.
I cannot explain the feeling but it is so amazing hearing people wonder how I pulled this or that off.

When did you join acting and the arts world?
I started the acting business while at Namasagali College as part of the annual productions. That is when I started getting the main roles but professionally, it was with The Ebonies in 1996 in a screenplay called That’s Life Mwattu. Since then, it has been a cruise.

Did you study drama?
Yes, right from Namasagali College where I first did a Music, Dance and Drama diploma then I did a Bachelor’s of Arts in Performing Arts still at Namasagali University then I continued to Makerere University where I did another diploma in Music, Dance, and Drama.

What makes you unique, as an actor?
I am versatile. You can move me from being a Hajj to a soldier, a doctor…it is just easy for me to morph into any acting role. I am also uniquely gifted with the ability to speak a good number of languages; English, Runyankore, Rukiga, Rutooro, and Lusoga.

What was it like transitioning from a stage actor to on-screen acting?
It was very easy because I am among the lucky people who had a chance of working with The Ebonies where we were doing both stage and television acting. That made it smooth for me to come off stage and transition into screen acting.
Having been with Mr Katende JWK helped us a lot to know the difference between stage and television acting. So it was easy for me to get into film and flow. I remember after shooting Torture, it took me a week to regain my senses. I was there but I felt it wasn’t me. Then Stain, a recent one, had a very big impact on me as well.

Talking of film, which of your many roles has had a lasting impact on you?
Two roles; one was in the movie Torture and the other was in Stain.
Then on stage, the role that has had an impact on me was when I acted as the late General Kasirye Ggwanga. That one has really had an impact on me because, at times when I put on my shades and wear a cap, my fans find me on the way and call me out loudly as ‘Gen. Ggwanga’, and then it hits me that I am wearing the cap and shades and I have a grown beard which was his signature look. 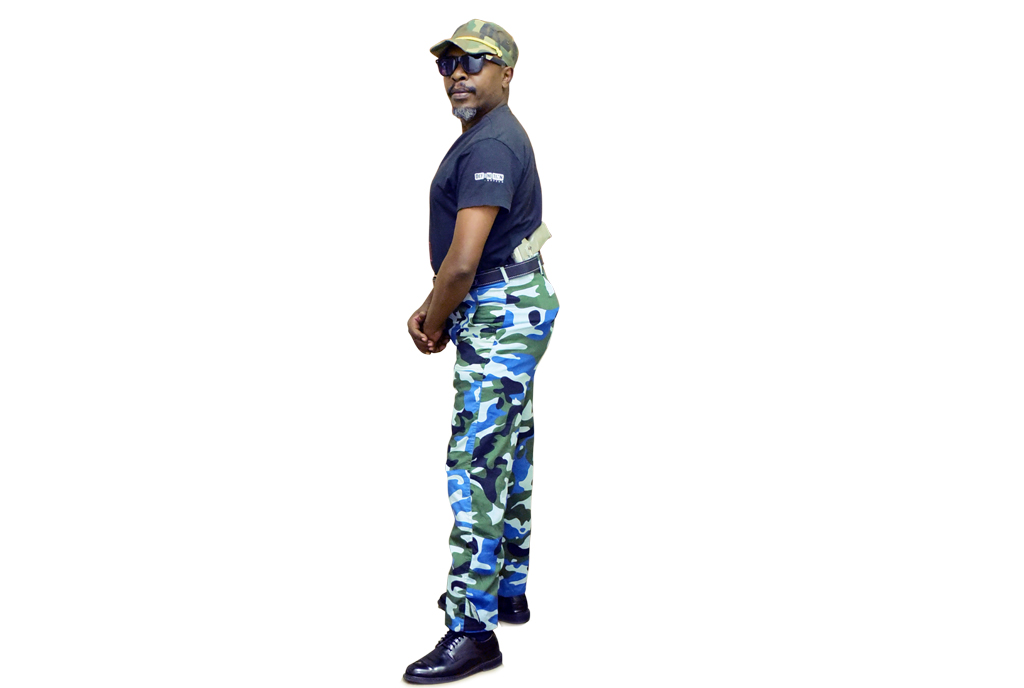 Who would you single out as your best actor and actress?
My greatest actor is Sam Bagenda, popularly known as ‘Dr. Bbosa’. He is versatile. I have seen him play very many roles and he pulls them off.
He has been a police guy, an old guy, a young guy and all his performances are good.
Best actress, I will choose from the old ones who are no longer active. Harriet Lwanga, popularly known as ‘Aunt Sabrina’ was perfect. She was a great actress. It is not how many roles you’ve done but how someone executes a role given to them. She is my best.

Talk to the person looking at cutting their teeth in the acting world…what do they need to know?
In this performing world, people need to have discipline. You may have the passion and talent but without discipline; timekeeping, respect on set, preparing before the set, to being able to listen attentively when you are on set and patience, you will not cut it.
Some people want to come and hit it big right away to stardom in two days. No, it takes some good time so you have to be patient.
If I have a small role today, I will do it to the best of my ability. If I get another one tomorrow, probably as an extra, I will give it my all then someday I will be given a lead or major role and start my rise. It requires patience and discipline.

What achievements have you made out of your acting?
My achievements are many. First, I have been able to travel this world. I have been to the greatest countries; the US, not once or twice, I’ve been to Dubai several times, to Ghana, Nigeria, and many more.
My greatest achievement, however, was being nominated in the Africa Movie Viewers’ Choice Awards in the ‘Best Actors’ category. Who am I, in the whole of Africa?
We were five after more than 10,000 films were submitted. That was great. And my other achievement is getting to be known. I always wanted to showcase my acting and be known, to show people what I have and I am happy that I have been able to do it in different forms; from comedy to movies and stage, and to be the best actor here, in Uganda, five times in a row.
I have been able to make my parents happy because I am their project. I am my mother’s project and she is so happy when she sees me at almost the top of this game.

Talking of your comedy exploits, when and how did you join Fun Factory?
I joined through Frobisher Lwanga. There was a time when most members of Fun Factory had travelled for a gig and there were few people of them left behind, so I met Phillip Luswata and Julius Lugaya and they asked me to join.
Initially, most of the members were my ‘gangos’. I had studied with most of them, grew up with some of them and so we connected. I went and did a one-off but I eventually got hooked and here I am, so many years later.

When you look back at your journey with the comedy outfit, what have been your highlights?
The Five-Star Madness shows we did at Kampala Serena Hotel and then the end-of-month grand comedy shows at National Theatre. Somehow, there was a way we used to prepare for them, and then there was a way the audience always anticipated that end of the month.
We used to do one and a half to two hours but with the other shows, we would do two to two and a half hours. We would come in with a stand-up comedian, a musician, and more items. That used to make it nice and outstanding.

To things serious, what lessons has the Covid-19 pandemic taught you?
Patience. My mother always told me to be patient and that silence is golden, to mind my business and do what is required and expected of me.
She told me to look on the other side. What the other person is doing is none of my business unless I am connected to them somehow.
She would say, ‘do your bit and leave the rest to God’. Again, our parents told us that in whatever we do, we must have God come first because, minus Him, there was not much. 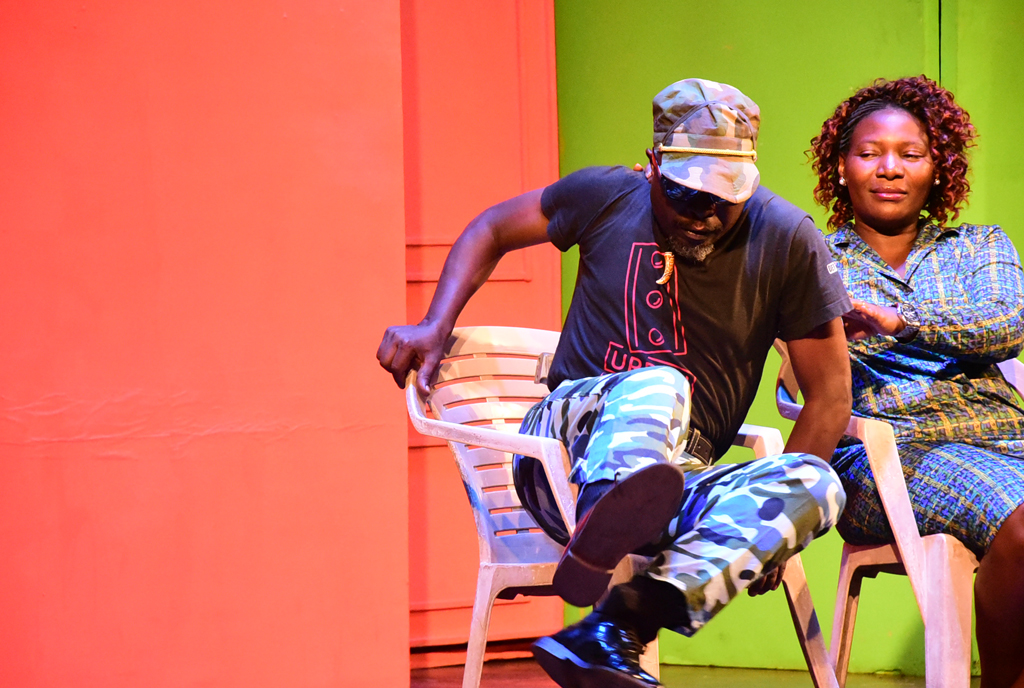 How do you balance your profession and life as a family man?
I will be honest; my career takes so much of my time. I never lie about this; I’ve failed in very many relationships because of my career. I give it so much time and love that my partners start thinking that they are competing with the professional but all said and done, I want to achieve and be the best of the best in Africa and wherever so I try to balance. When I fail, I go on with my acting.

What does your surname me?
Rushabiro is ‘prayer palace’, where people gather to pray. It is like a Church. It was my grandfather who gave me the name, after my great grandfather.

What is your message to the fans?
My message to the fans is that there is a lot more coming. It is just the beginning. For me, yesterday is gone so I am looking at today, tomorrow, and the days to come.
I believe we haven’t done anything and are just beginning, so they should expect more movies, more comedy and very soon we are going to start singing.

How would you describe yourself to a stranger?
I like making friends and meeting strangers. I am a very patient man, a good listener and I like conversation; to talk to people.

What subjects interest you?
It is normally sex and acting.