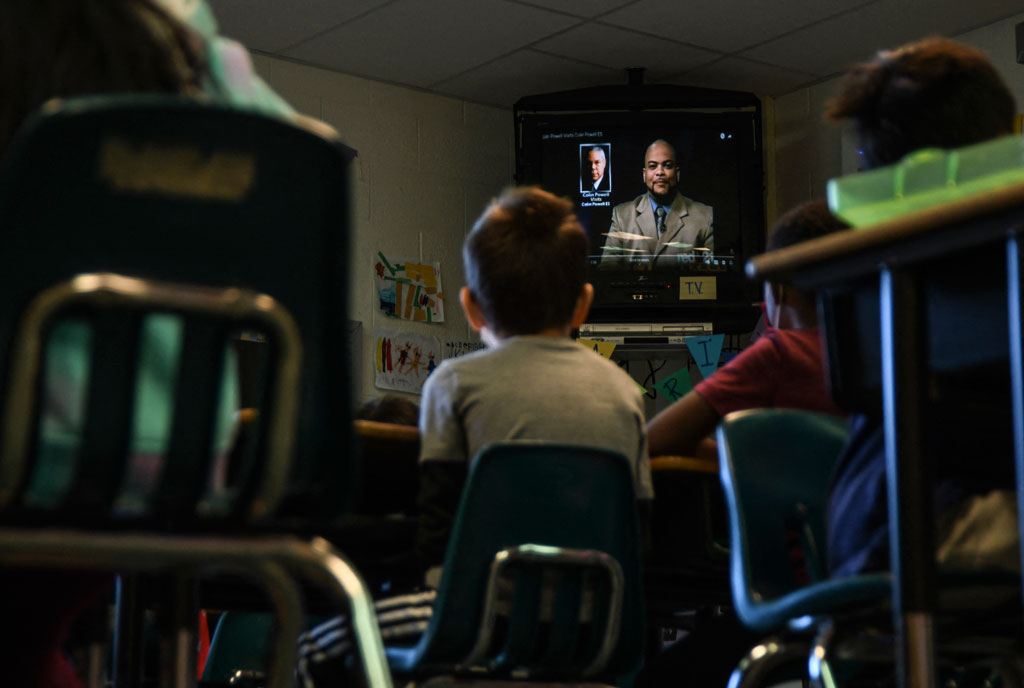 Students in the 1st grade at Colin L. Powell Elementary School watch a video of Colin Powell, after news of his passing due to COVID-19 complications was announced, on October 19, 2021 in Centreville, Virginia. PHOTO/AFP

The annual Hollywood Diversity Report produced by the University of California, Los Angeles found a correlation last year between show ratings figures and the diversity of casts and writers’ rooms, particularly in minority households.

Broadcast ratings figures for white households were highest for shows with casts considered “relatively diverse” — 31-40 percent minority — while audiences in Black households peaked for series in which more than half the casts were from minorities.

Social media engagement with television shows was also linked to greater diversity in front of and behind the camera.

People of color made modest gains in “almost every area” of Hollywood’s television industry. That mirrors the minority share of the US population, which is growing by nearly half a percent each year.

But Latino representation again failed to improve from a very low base.

Latinos made up as little as 3.9 percent of lead roles on cable television — far below the 18.5 percent of people who identify as Latino in the United States.

In the wake of the row over transgender representation on television sparked by Dave Chappelle’s controversial Netflix special “The Closer,” the report found almost no presence for that community.

“Trans and non-binary actors were virtually absent across all platforms,” it found.

Activists protesting against the stand-up special last week called on Netflix to invest in “multiple trans creators to make both scripted and unscripted programs,” as well as hiring more LGBTQ employees in leadership roles.