The K-POP festival starts in Uganda 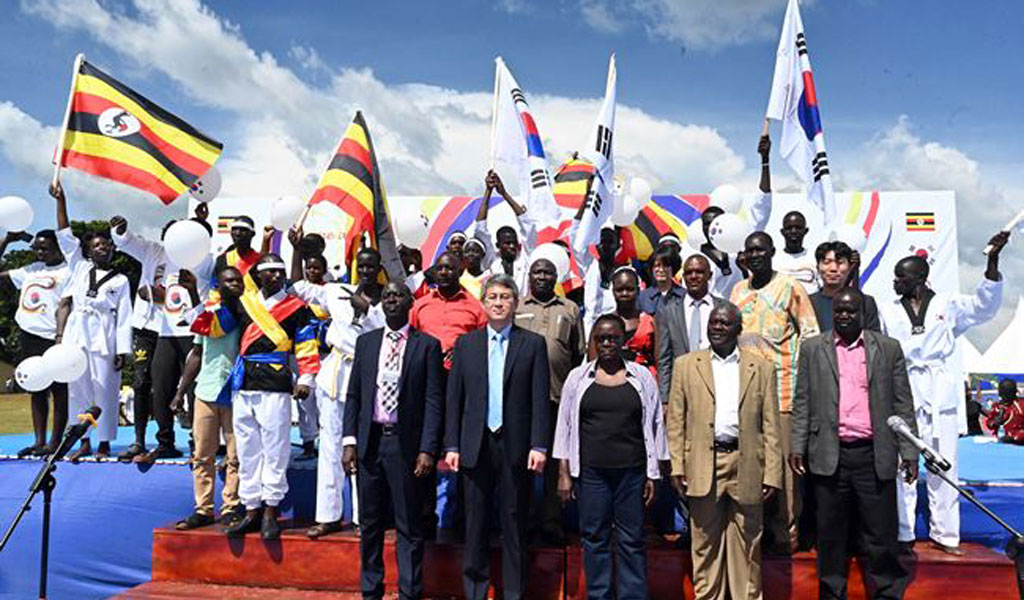 The Korean festival in 2019. This year’s event was virtually due to Covid-19. PHOTO/COURTESY

Koreans are mostly known for Taekwondo and TV dramas but their K-POP which stands for Korean Pop music doesn’t fall far from the two.
Today, everyone familiar with pop music knows the name BTS and BLACKPINK. They have been invited onto late-night talk shows, they’ve shattered records, they’ve sold out stadiums, and they have made it onto the big screen and the biggest virtual ticketed show of all time. These days, you would be hard-pressed to find someone who didn’t know who these guys were or hadn’t heard at least one of their songs.

The success of the Bangtan Boys is worldwide. Korean pop or K-pop is now a multi-billion-dollar industry. It’s with this pride that KBS (Korean Broadcasting System) , a leading Korean broadcaster, celebrates K-POP culture annually and globally through the Changwon K-POP World Festival with contestants from all over the world.

Due to the Covid-19 Pandemic, K-POP Festival 2021 was held online and was open to both individuals and groups that are Ugandan.
Contestants recorded three-minute videos of themselves singing or dancing to K-POP songs of their choice and uploaded them to the Korean embassy’s social media accounts with the hashtags #2021KPOPUG and #KPOPCONTEST, and also tagged the Embassy’s social media accounts.

At the end of the day, Janepher Akello walked away victorious, impressing the judges with a cover version of Fate song by Lee Sun Hee. With her outstanding performance, she won a cash price of Shs1,000,000 while the second place prize of Shs500,000 went to five groups including Dance Theatre Uganda, Team Holy Ghost and M27 among others.

The popularity prize went to two groups; LJD (Let’s Jazz Dance after doing Stay with me by Chanyeol and Punch as well as Stuart Dominic Kiggundu who did As I live by SG. They won a cash prize of Shs500,000.

The Essay contest was won by Thierry Hosea and Steven Mugerwa who walked away with laptops, as did the quiz winners.
The Embassy also organised the 2021 Korean Ambassador’s Open Taekwondo Competition as an online Poomsae Challenge based on age and gender open to both individuals and groups that are Ugandan.