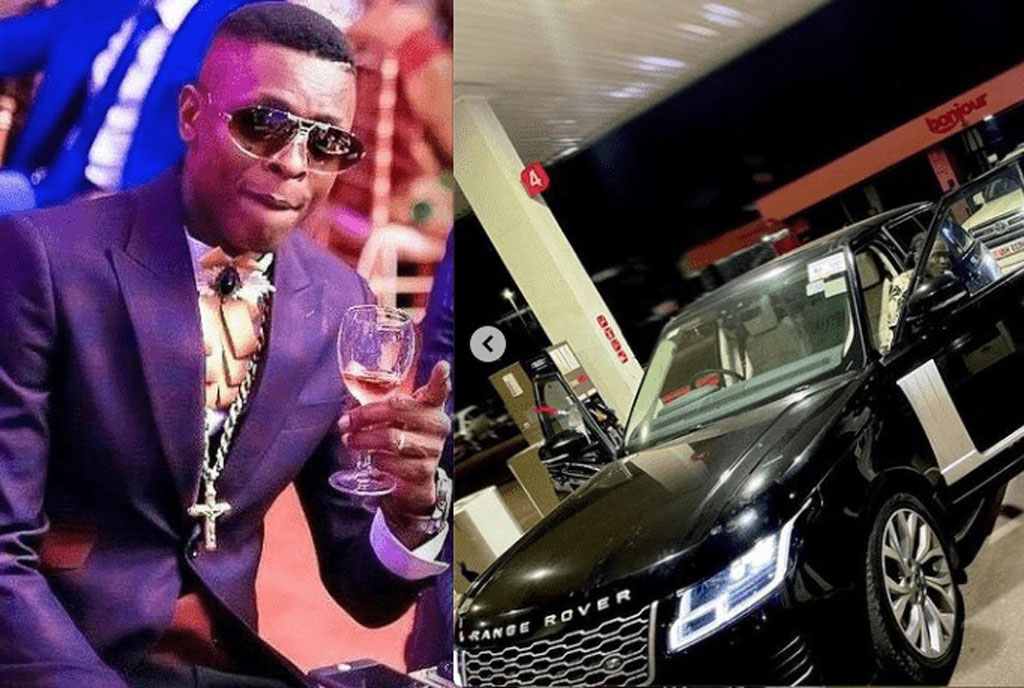 Alright! This sounds like a joke but again we have to treat it with much seriousness since it involves taking life. After gifting Chameleone with a Range Rover last Monday morning and cash reportedly amounting to Shs100million, Michael Kaguta, alias Toyota, threatened the artiste.

Speaking in Luganda, Kaguta said, “Kendidamu okulaba ng’oyambade bino ebintu ebitategerekeka man, nja kutomela oveewo. Okitegera man. Anti ebyo tobidangamu man.  Loosely translated as, “The next time I see you wearing unrecognizable clothes, I will knock you dead. You understand man,” said Kaguta as others around cheered him on.

Chameleone then hugged him and whispered something in his ears as Kaguta further emphasised that he shouldn’t repeat such things.

However, the president’s brother didn’t specify which ‘Unrecognisable’ attire but Chameleone must have understood what he was talking about.

He then told his handlers to remove his items from the car so that Chameleone could drive it away.