I had lost hope - Vampino speaks out after release from jail 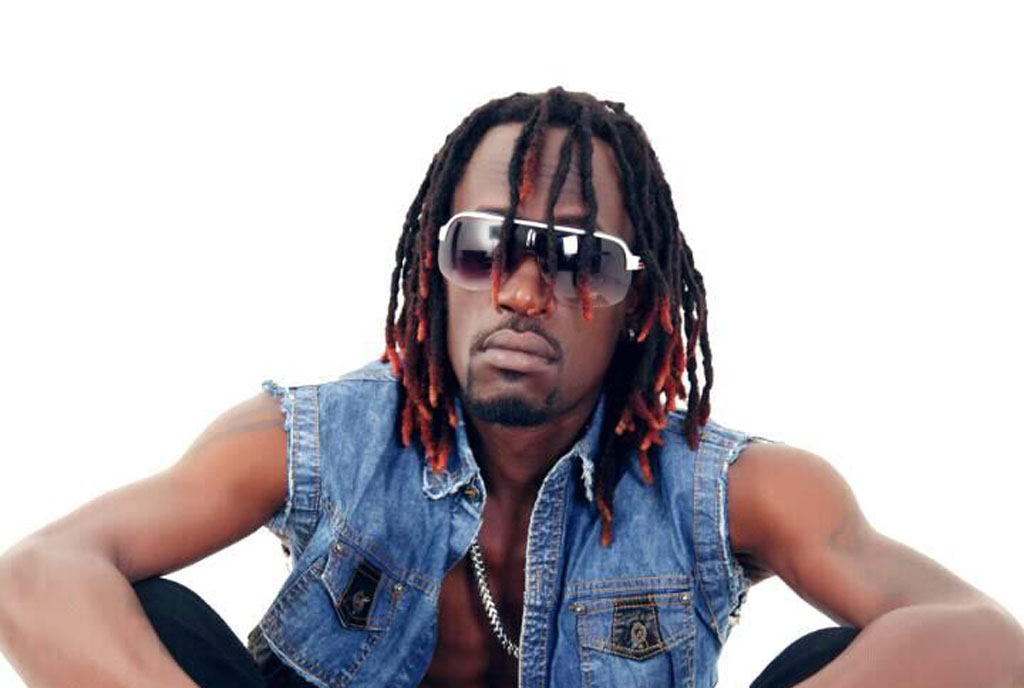 Vampino has been released from the Jamaican prison and as you read this he might be on his flight back to Uganda.

“I write this with tears of joy coming from my eyes..my ug pipo I can’t thank u enough for being so patriotic and concerned about what’s been happening,” Vampino posted earlier. 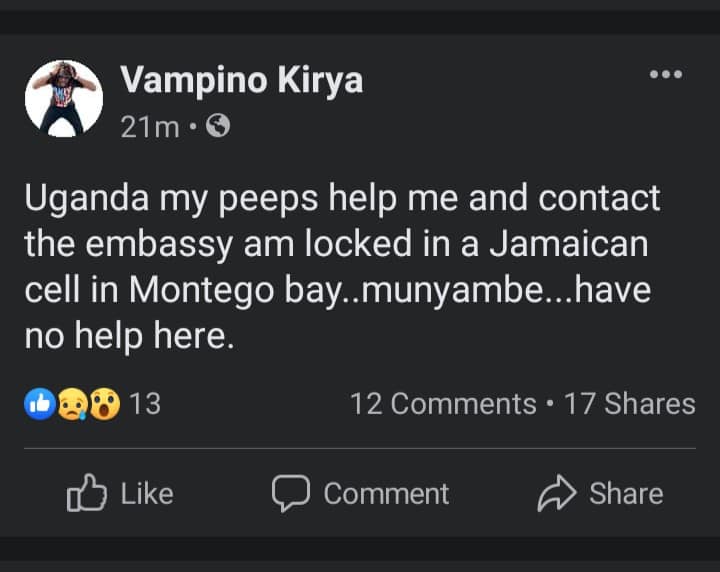 He also gave an account of what happened while he was in the coolers saying that he reached a point and lost hope. “Guys I reached a point where I lost hope in a room of seven guys with piss and shit next to where I put my head.”

“Nobody knew then what’s happening, they took all my belonging..the message I sent a guard was convinced by the jailed thugs some on murder charges, rape, gun cases, theft. They told him” help di African he is innocent”…that’s when I called u all out nga mpulila am at a dead end.”

The ‘Kwekunyakunya’ artiste also thanked people for helping him. People like Bobi Wine who took time to find out where he is, his wife Lydia Namakula Swe and manager, manager Kojja LuCha and Pejay Boaz.

Vampino said the reason he was put there is that they had no flight direct to Africa so they threw him in jail instead of a hotel. Early this month, Vampino flew to Jamaica to record audio & videos with Jamaican artists; Elephant Man, Buju Banton, and Roman Virgo. All this was successful.

Then after he had to fly to Los Angeles to check on his family. However, on reaching Los Angeles on 22nd September he was denied entry into the U.S.A. 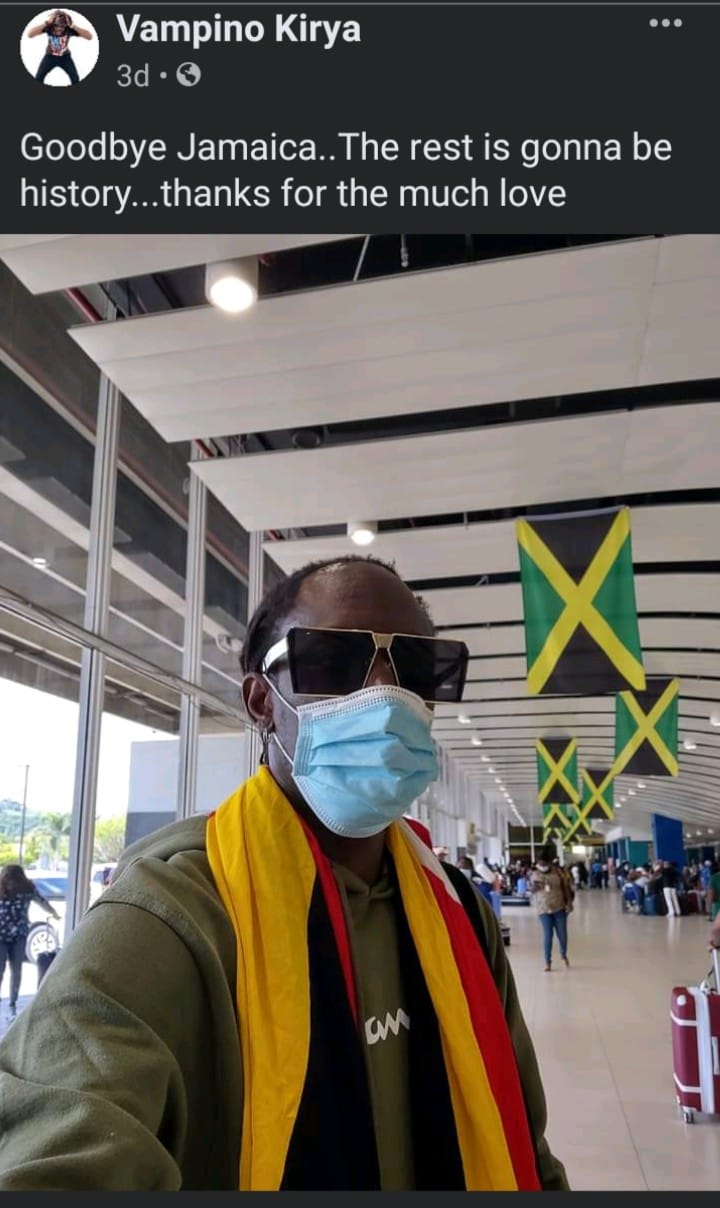 He was told his visa had some issues. Immigration officials in Los Angeles Airport told him the only thing they could do with him was to deport him back to where he was coming from- Jamaica. On reaching Jamaica, he was arrested by Jamaican officials and detained in Montego Bay.