Who will be Uganda’s best in the Afrima’s? 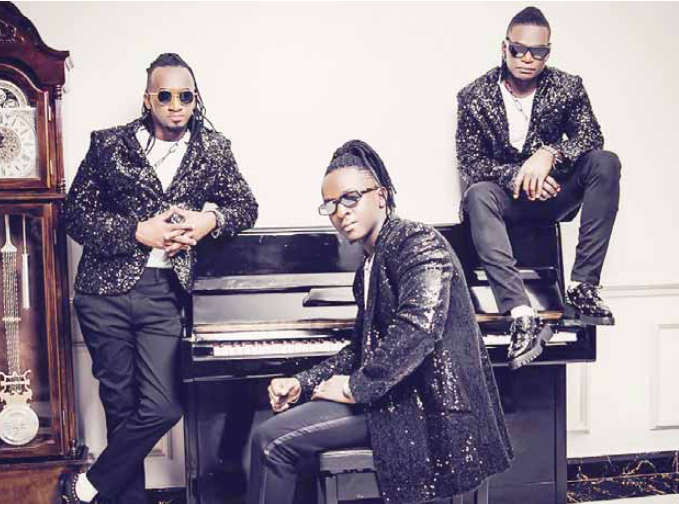 Singing trio B2C made its debut in the awards after getting a nod in the Best Artiste catagory. PHOTO/ ISAAC SSEJJOMBWE

With the postponement of the MTV Africa Music Awards, the (AFRIMA’s )are centre stage to be the biggest award ceremony in Africa at the moment.

The ceremony has all of Africa’s biggest artistes competing in different categories out of 8,880 entries submitted to the African Union Commission (AUC) and the International Committee of All Africa Music Awards.

This is a record number of entries since the inception of the continental awards in 2014 which is 8.86 per cent higher than the 2019 edition.

Entries for the longest-running African continental awards in the last decade,which opened worldwide to artistes on June 1,2021, and closed on August 20, 2021, are higher than 2019 submissions of 8,157.

The organisation said these entries were received in spite of the negative impact of Covid-19 on culture and creative industry.

This year’s entries came from 50 African countries across the five regions of Africa and 10 countries from Europe and North America including Spain, United Kingdom (UK), United States of America (USA), France, Portugal, among others.
The nominees in this year’s awards include Ugandans; Afrie, Spice Diana, Rema, Bebe Cool and Eddy Kenzo among others who are nominated in several categories. Afrie is Uganda’s biggest nominee after she appeared in the Best Female Artist in Eastern Africa category alongside other Ugandans Spice Diana and Rema Namakula as well as Kenyans Karun, Xenia and Nikita Kering, Rosa Ree and Zuchu from Tanzania and Merry Zerabruk from Eritrea.

Eddy Kenzo is the only Ugandan in the Best Male Artist in Eastern Africa category but he will have to tussle it out with Bensoul, Sauti Sol, Nviiri The Storyteller from Kenya, Darassa, Diamond Platnumz, Harmonize and Ray Vanny from Tanzania, Lij Mic (Ethiopia) and Meddy from Rwanda.

The Head of Communication and Partnership, Afrima, Zineb Seyad, said,“We are encouraged by the number of entries received for the 2021 Afrima.

Of the 8,880 entries submitted this year; West Africa leads the pack with 30.4 per cent of the total entries followed by Eastern Af- rica with 28.8 per cent, Southern Africa with 22.9 per cent, Central Africa and North Africa and Reggae, Ragga & Dance International acts have 12.3 percent, 4.9 per cent and 0.7 per cent respectively. The awards did not happen last year, due to the Covid-19 pandemic.The Afrima are now scheduled to take place from

19th to 21st November in Lagos,Nigeria.