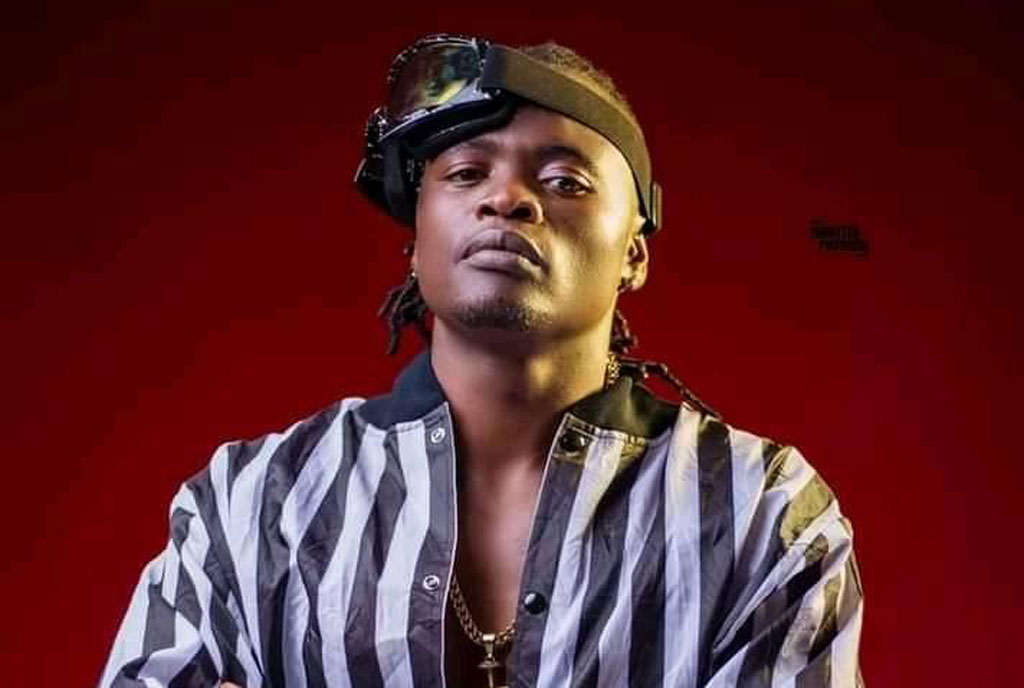 The last two years have likely been your best. What magic have you used to stay on top?

I’ve just been working hard, having sleepless nights in studio and having the right team. I have also been doing a lot of research but most importantly, it’s perhaps God’s timing.

To whom do you attribute this success?

There is a lot that changed in my music career starting with management. Karma Ivan has done a tremendous job for me. Yes sometimes it’s about God’s timing but he has participated in decision making, we calculate things together, he also invests in me and covers me in places that I’m not able to be in. We both play our roles.

You have a lot of hits over the years. Which song stands out the most and why?

I love the Happy birthday song because I did it as a joke, I never promoted it, it didn’t cost me any money yet it is the only song that has supported me and been around for a long time among the songs I’ve done. It is one song that has pushed itself. If I’m to relate the song to a child, Happy birthday is that song I never fed, educated but surprisingly came out the best.

What lessons have you learnt during Covid-19?

I learnt that you can go through any situation, everything is possible, valuing every time we spend with friends and family because it’s been a while without being together and others die. I’ve learnt that God can lift you anytime he wants or even put you down at any time.

We have seen two events with the Mayanja brothers performing together.

Should we expect an album from you guys?

That should also be God’s timing. Though the fans have a right to demand what they want but most of the songs we release come out without people expecting them. I haven’t released any song that people expect me to release. With timing, maybe God will make it happen but that aside, we have made so many songs together with others not yet released. Music has no formula, it’s a vibe. So when the vibe is right, people will get the right music.

Owing to your success in the last couple of years, people have started comparing you to Chameleone.

What do you have to say about this?

Chameleone is a legend. I can’t reach where he reached because it’s not where I’m going. He went where he was supposed to go and I’m heading to where I’m supposed to head. Chameleone should only be compared to Chameleone. I have my own journey. No matter how far I go I can never be him. Undeniably, he has put a very big block on Uganda’s entertainment industry and we should always be proud of that. The other thing is you can never compare two artists in two different generations. Chameleone was measured in miles while we are being measured in kilometres. They put their music on cassettes while we are promoting ours on flash disks. They were weighed on filling concerts while we are having YouTube views. We have to be grateful for their contribution to the industry and we follow in their footsteps.

How are you earning when there are no performances?

There are other ways like endorsements, streams, influencing, then through friends and the government is also in the process of bailing us out.

Talking about Government interventions, you were part of the creatives who went to Gulu. What exactly happened over there?

The government realised that the music industry makes a lot but it doesn’t reach the right people who are the content creators so they structured the industry by putting each person where they are supposed to be. They created avenues where creatives would be making money, where we are supposed to air out our grievances, then attach a buyer in the system like streams, which I think will reduce music piracy, increase copyright enforcement. And increase royalties for the creatives.

What are some of these avenues you are talking about?

I’m speaking about Ugatunes which is a streaming avenue. URSB where you can register your brand as Pallaso which you can use as collateral or intellectual property to get loans etc, UPRS, UNCC which works directly with the ministry to reach directly to NCF (National Cultural Forum) where different associations fall under like UMA, United Music Superstars. Legendary association, Kadongokamu among others. So structuring is the process they are looking at in order to reach people in different sectors.

You have also been among the people who have been criticized for going to Gulu.

I haven’t seen any criticism but maybe opinions because if they tell you that government is calling you to boost your industry yet it has been working on other sectors like farming, industry, sports people, education and then the entertainment industry and then someone starts criticising then they are not serious.

What do you think is making Uganda lag behind countries like Nigeria, Kenya etc?

Those countries have structures already. Their copyright, streaming etc are all in order. They are united, they are organised and know the responsibilities they have. Their population is also of an advantage. They have good sound quality. Their distribution avenues are up there and then their governments have also helped them so much.

I have arranged shows that didn’t work. Covid has also disorganised us. I have spent two years without working.

I’m working on my EP. It’s a collaboration between me and a South African company. That is all I can say about this but besides that, I’ve just released my single ‘Mpa love’. The video is coming out soon.

How far did you go with your education?

I have papers from the art association and college of direct support.

Why then are you in music?

I never wanted this. I did what I did for two years and then concentrated on what I loved the most, which is music.

What does it take to do music with you?

Its two things. For business or just vibe. Businesswise, if someone wants us to do a song, we have agree on how much they are going to pay me while Vibe, I just pick out who I want to sing with.

Which artists would you like to work with in Uganda?

Surprisingly, I would like to work with less known artists. I don’t like to work with known artists because they don’t have much as to offer as the young ones. I remember when I was young and hungrier, I had more to offer and it’s what I feel for the less known. They are hungry, they haven’t been tested and challenge me more. We raise them as they raise us. I believe in that kind of system.

You have done every style of music, which style do you want to tap into now?

I’m going to try out World music and that is what is on my EP though I wouldn’t want to go into more details. World music gives me the leverage to merge afro beats and Ugandan music.

How is your love life?

I’m comfortable and I don’t put my love life in the public. My girlfriend is not as strong as I am.

Where did the Pallaso name come from?

If you know a joker in cards, it’s me. I’m a person that might seem light but I’m a serious joker. A lot of people used to call me a joker because of my humility yet I’m too far on whatever I’m focusing on. Pallaso is a Spanish word that means joker.