Jose Chameleone’s younger brother Pallaso has given an update on his health status noting that his condition is dire .

Over the past few days, social media has been awash with reports that the Leone Island boss was battling liver and pancreas complications after a photo of him going for medical tests appeared on social media. The photo that was showing Jose Chameloene being wheeled into an MRI machine caused speculation that the ‘Basima Ogwenze’ hitmaker was not in a good condition.

Addressing the media on the issue, Pallaso asked Ugandans to pray for Chameleone, adding that he is critically ill.

“Jose is in critical condition. He is not well and he needs serious prayers plus medical attention. We should pray for him because I believe he is a very strong person and will be alright. He got complications in the stomach and digestive system and he is in so much pain and he has high pressure but he is receiving medical attention,” Pallaso told journalists.

Contrary to Pallaso, Jose Chamelone’s wife Daniella openly rebuked social media users who were sharing the photo and trying to make the situation look worse. According to Daniella, the singer is suffering from Pylori; a stomach bacterial infection that she says should clear with consistent treatment. 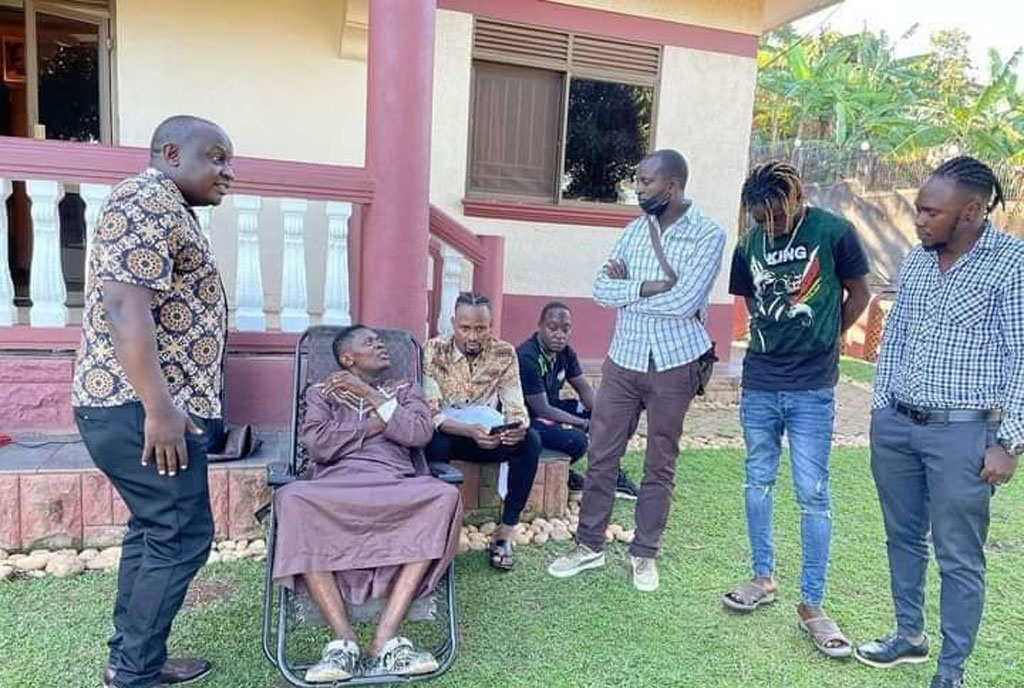 A photo of him at home however emerged yesterday showing him looking much better and in high spirits. Quick recovery Chameleone.