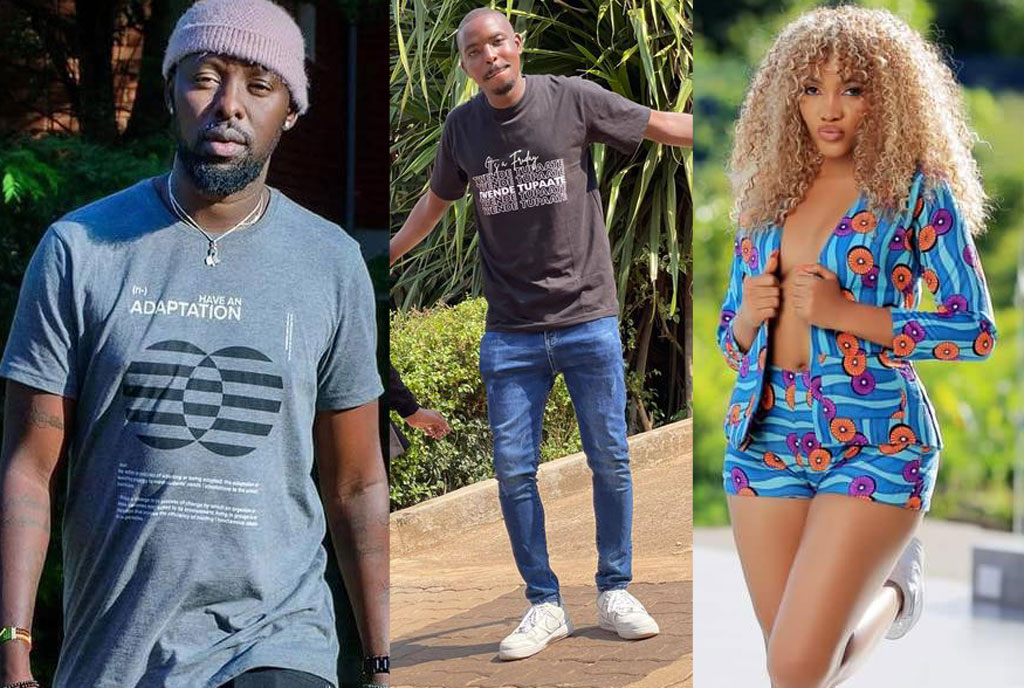 A few months ago, singer Eddy Kenzo revealed that Pia Pounds ever signed to Big Talent but were part of the label through third parties. According to Kenzo, the ‘Taala’ singer had no professional contracts with the label.

This came as a shock to Pia Pounds who claimed that she had no idea that she wasn’t signed under the label. It had been rumoured that the two have been engaged in silent beef for about two years.

A few weeks ago, a video of a one MC Africa emerged on social media enjoying Pia Pound’s ‘Tupaate’ that has since gone viral.

Pia Pounds went on and looked for MC Africa gifted him with new closes and a brand new phone. The clip didn’t come as a blessing for only MC Africa but also Pia Pounds whose song is now the airwaves’ favourite.

The clip also facilitated the reunion of Eddy Kenzo and Pia Pounds. She took MC Africa to her former workplace at the Big Talent offices where they met her former boss Eddy Kenzo in an awkward reunion.

Kenzo recorded a clip where they all seemed to be having a good time.

In a recent interview, Pia Pounds revealed how her trending song ‘Tupaate’ has been a piece of magic.

She stated that the song, which she considers her biggest music project thus far, has surpassed her expectations in terms of airplay.