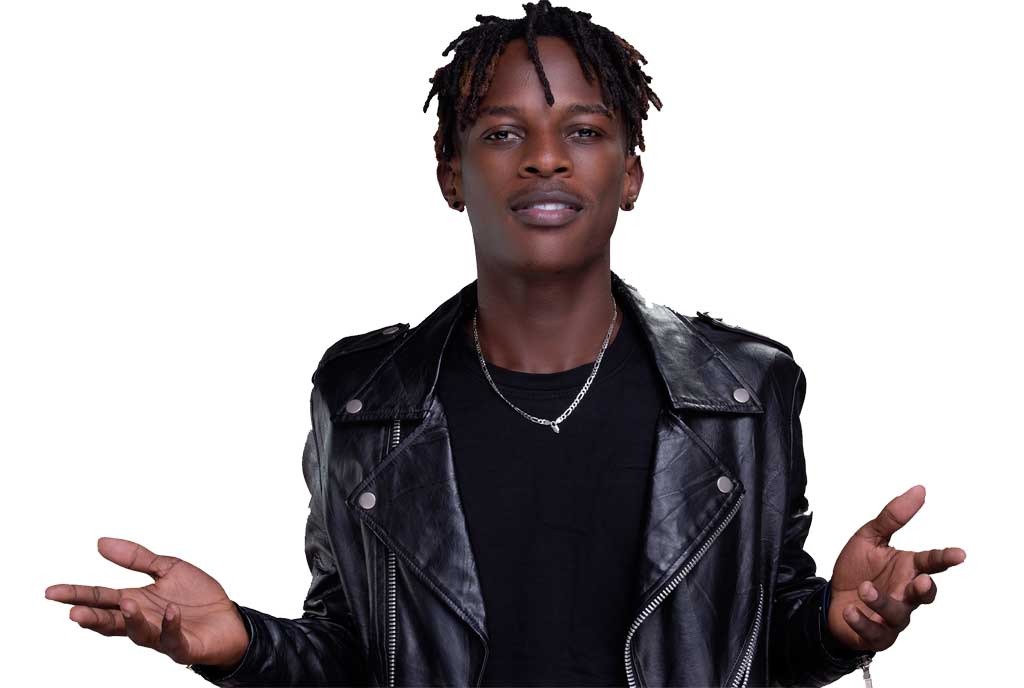 Ribcracker. Michael Sebamba has a daytime job at Fenon Events but he may be making a lot more as a content creator, thanks to his TikTok fame.

For you ardent TikTokers, the name Mickeyseems2funny may not sound alien. Real name Micheal Sebamba, Sebamba joined TikTok only three months ago but has now become one of the trending TikTokers in Uganda.
The 25-year-old says it all started when he used to see his friends use TikTok as opposed to Facebook, Twitter and Whatsapp.
When he checked on his friend’s TikTok, there were many users sharing different videos and since he had thought about trying out some comedy, he decided to download the app and open an account.
Trying out comedy
While at Fenon where he works as a LED Screens operator, Sebamba has always made his colleagues laugh, including his boss Steve Jean Sserunkuma, whom he refers to as his ‘Godfather’.
“At office, there were many occasions where artistes who came to meet Steve Jean told me how funny I was and that I should consider joining comedy,” Sebamba says.
He points out A Pass, Karole Kasita and Levixone. The pat on the back from these celebs gave him confidence and although the consideration sunk in, he did not want to encroach on already established comedians’ space, so he went online.
Sebamba believes he is not just a comedian but an online content creator who derives his inspiration from Nigerian comedians such as Nasty Blaq, Mr Funny, and Sydney Talker. All these are online, particularly social media.
Mickeyseems2funny the TikToker started with one clip that got him 10,000 views even when he did not have followers. As we write this, he has more than 1.4 million total likes.
His second video of a woman asking him for an iPhone 11 got him 500,000 views and generated up to 1.1 million views. Three months down the road, Sebamba says all the videos he uploads on TikTok garner from 70,000 and above views.
Making money
The same videos that he posts on his TikTok are also uploaded on YouTube and Facebook and luckily enough, YouTube pays and TikTok indirectly pays. “My YouTube has 800,000 views and I keep loading content which earns me at least $4,000 (about Shs15m) in a good month. For TikTok, Sebamba says it only pays in other countries but not in Uganda and how he gets paid is through endorsements.
“I recently got Shs2.5 million to act in a comedy skit about Mo Furniture. All I did was act and endorse how they make good furniture and that was it,” Sebamba says. He also says he went into a longterm working relationship with Job Links Consultants, a company that takes Ugandans abroad for jobs – the contract is worth millions.
Sebamba says unlike other people who take TikTok for social fun, he uses it to entertain people and broaden his career into comedy from events management.
“TikTok has made me grow into an active social media user on Facebook, Twitter and Instagram,” he says.
He adds that he uses the camera crew at Fenon Events to capture his content but when it comes to approving content to upload on social media, he is a one man army.
“Once my content is ready, I share it with a friend or just my girlfriend and regardless of what they say, I always go on and upload,” Sebamba explains, adding, “the day comedian Madrat told me not to stop because my content was very good and funny, I was happy and felt inspired to go on with my work because a comedian who has stayed long in the field has approved my content”.
Sebamba says one thing he believes in when it comes to the creative business, one has to enjoy their time when it still lasts.
“If one content creator doing the same thing as mine ever comes and outshines me, it will be their time and my time will be done so I will always blame myself if I don’t use my time well.”
Achievements
Sebamba believes that money is not everything but his biggest achievement has been meeting influential people who have contacted him for business and others for advice. He says he has made many real friends because of the exposure he got through online content creation. Another thing he believes is a milestone is the production studio that he is setting up at his home where he will be doing all his online content.
Challenges
One of the biggest challenges Sebamba says he is facing as an online content creator is getting to balance between his content and his work at Fenon Events.
“I get to a point where I have to think so much for my content and at work, I am always busy from the beginning to the end” Sebamba relays.
issejjombwe@ug.nationmedia.com