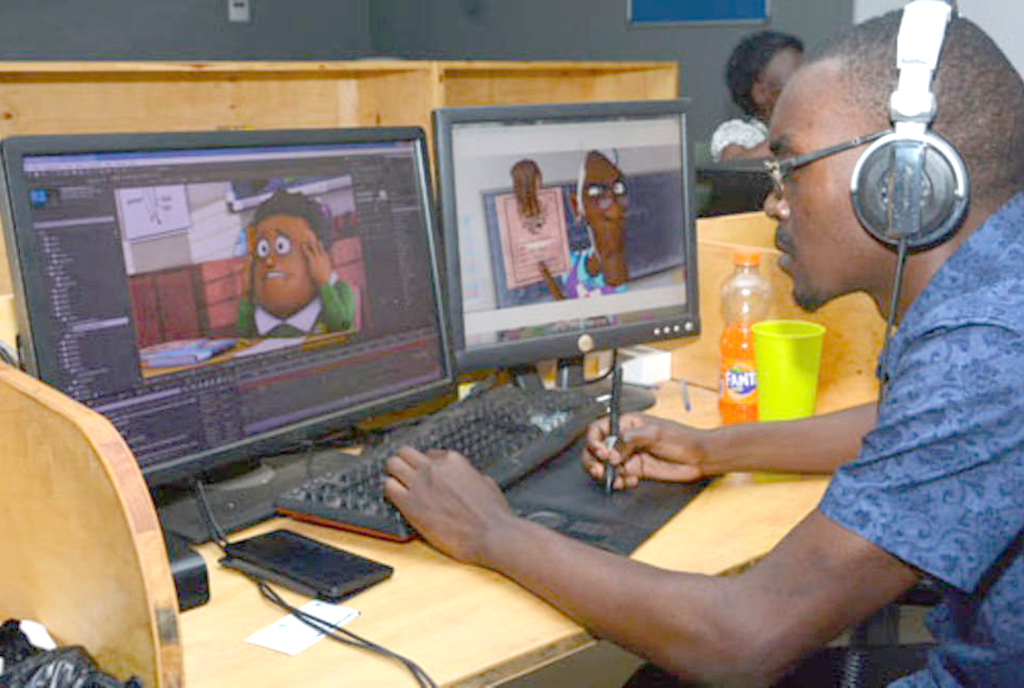 He earned himself fame with his short film, A Kalabanda Ate My Homework. Now Raymond Malinga is flying high, having been selected as one of 10 African animators for Disney.

AKalabanda Ate My Homework is a short film that caught the attention of not only many Ugandans but also the world. And from the look of things, the producer of the film, Raymond Malinga, is earning himself much bigger things.
Malinga, who is the brain behind Creatures Animation Studio, will represent Uganda as one of the top toon talents from six African nations selected to produce an original anthology of animated films dubbed Kizazi Moto: Generation Fire. The films will show on Disney Plus in 2022.

“There was a call in 2020 for directors and other creatives who had a story to tell across Africa. It was done through Triggerfish Animation Studios (South Africa) and we applied, shared a couple of ideas which we thought were good for telling an African story,” he narrates.
Out of the 70 people who submitted ideas, only 10 were chosen. It was at this stage that applicants were informed that Disney was part of the project.

In an interview with Variety.com, Michael Paull, the president of Disney Plus and ESPN Plus, said this is aimed at bringing the work of a visionary new generation of African filmmakers to Disney Plus.

“In addition to delivering thrilling animation for fans of all ages, this collection of 10 original films taps into the Afrofuturism phenomenon which was turbo-charged by Marvel’s Black Panther and reflects Disney’s ongoing commitment to partnering with leading global talent to tell the stories of the world from fresh and authentic points of view,” Paull said.
Malinga says the idea is to have a group of stories all tied together by similar themes, yet staying independent – ideas akin to Dark Mirror, Love Death, and Robots on Netflix or The Animatrix.

“There are 10 different films and mine is about 10-12minutes. I don’t know whether they will be released as episodes or as one film where one can watch them back to back. My job is to make the film and that when people watch it, Ugandans are proud,” Malinga said.
He notes that he is already at work with teams from Disney, Triggerfish and other talents from all over the world.

Locations
Malinga’s film is being shot partly in South Africa and Uganda. As the director, he has assembled a team of about 50 people from around the globe, including some Ugandans, with Disney obviously reviewing everything. He is also working with Oscar-nominated director Peter Ramsey (Spider-Man: Into the Spider-Verse) as executive producer.

Although not at liberty to divulge details of his film, he hints that it is titled is Herder Boy and conforms to what Disney is trying to create: immortal, science fiction, futuristic stories from Africa that shine a new perspective on what African stories can be. “So, these are not stories about HIV or malaria; It is going to be cool stuff,” says the animator.

“There are a lot of roadblocks in our minds. We have been told that we can’t imagine that far or be as risky with our ideas and so, we stick to the simple because, ‘who is going to buy that crazy idea?’ However, the world is demanding the best and these guys were challenging us to go bigger and better,” Malinga says.

He believes his idea came through because the vision and the intention of his story was; to showcase things that people overlook every day, in a new way.
“My point is to have the message resonate in seeing Africa’s future, not only visually and in a science fiction futuristic way, but also earning our right of passage and becoming what we believe we can.”

To Malinga, therefore, this opportunity means opening doors not only for him as a producer and animator but also to the Ugandan film landscape. He hopes that other animators and filmmakers can look at it and know that they can make things that can be watched not only in Uganda, in the continent, but globally.
“As a producer, the collaborations that I will have going forward will not be limited to region or continent, but hopefully worldwide. And I have already seen movement on this,” he adds.
As would be expected, this film production will come with some dollars for him, as well.

Malinga started his animation career in 2010 in Malaysia where he did his Bachelor’s in Animation and Visual Effects. In 2014, he came back home to start his own animation studio.
His short film, A Kalabanda Ate my Homework is a six-time award-winning film that also represented Uganda at the Cannes Film Festival in 2018 and won the African International Film Festival, Animation Award with other 15 nominations.
dmbabaali@ug.nationmedia.com