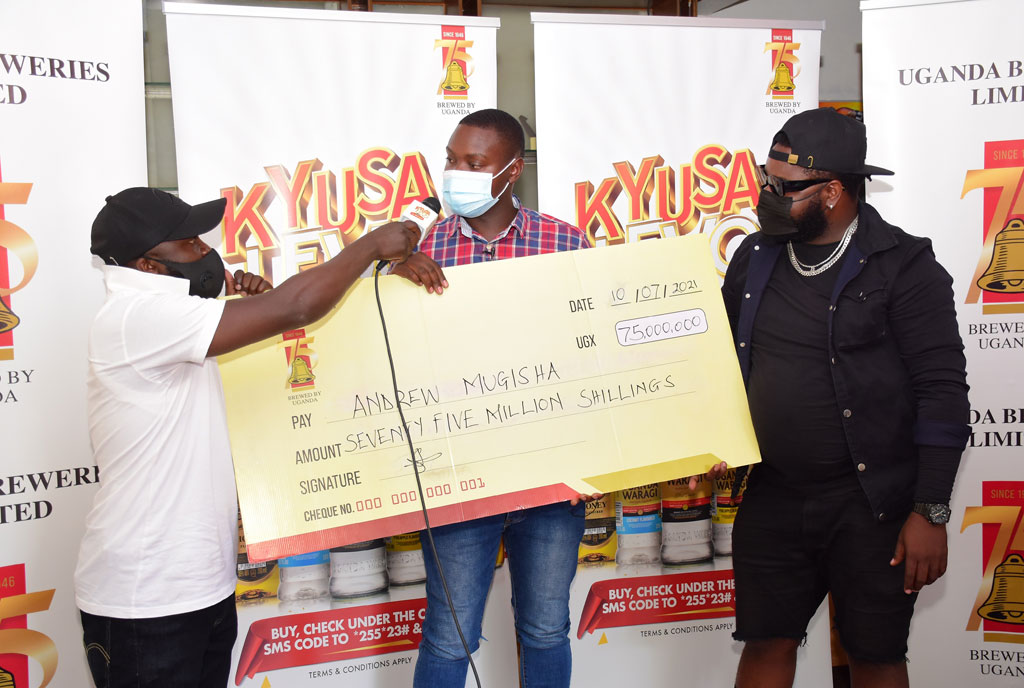 How would you react if you receive a message that says that you have won Shs 75M?

For Andrew Mugisha, a former law student and Irish potato farmer, the reaction was an utter shock when he found out that he had emerged the ultimate winner of UGX 75 million in Uganda Breweries Limited’s Kyusa Levo promotion.

“It was lunchtime when I received the message, and I immediately lost my appetite. I couldn’t believe it. I lost words. I froze. I went back and counted the zeros. They were too many. Then the next day, the brand manager called me to confirm.”

Mugisha, whose drink of choice is Uganda Waragi premium, recently finished his law degree at International University in Uganda and decided to go back to Kisoro – his home village – to engage in small-scale Irish potato farming as he awaits his graduation.

He says he plans to invest the cash into his farming project and hopes that 20 years from now, he will still be able to earn from the cash prize.

“I plan to continue doing what I’ve been doing but on a bigger scale. I intend to acquire more land and grow more Irish. My life has changed and I am super excited for that.”

Uganda Breweries Limited (UBL) has also provided a financial advisor to guide Mugisha as he embarks on this journey.

Hillary Baguma, UBL’s brand manager for Mainstream Spirits said, “We are very excited to have gotten the winner of the grand prize. So far, we have given cash prizes to over 72,000 winners from all over Uganda as we continue to give back to our consumers – for standing with us throughout the last 75 years and also to give them a helping hand following the effects of the COVID-19 pandemic.”