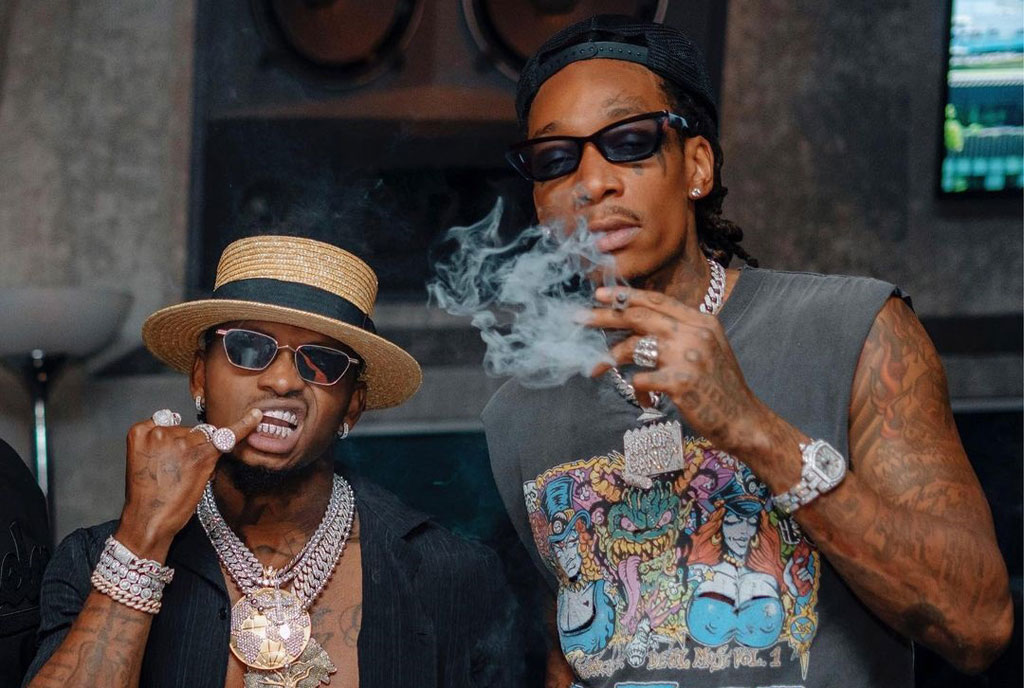 Despite missing out on a BET award for best international act to Nigeria’s Burna Boy, Diamond Platnumz has continued to show his commitment to promoting Tanzanian music internationally.

Diamond Platnumz is currently in the United States where he went for the final preparations for his album which is expected to be released soon. Yesterday, the singer posted a photo on his Instagram account with artist Wiz Khalifa.

Wiz Khalifa is widely known for his 2015 ‘See You Again’ hit song ft Charlie Puth that got over five billion views on YouTube.

This left his fans and followers wondering if the two artistes are working on a song together. A few days ago Diamond posted a video on Instagram of himself in the studio with artiste Busta Rhymes, then a few days later appeared in a photo with music producer Swizz Beats the husband of Alicia Keys.

Diamond Platnumz also announced that rapper Swae Lee will also feature on his album. Diamond isn’t new to international collabos as he has worked with Shaffer Smith popularly known as Neyo, Omarion, Rickross, and Morgan Heritage among others.