Moments on a series set 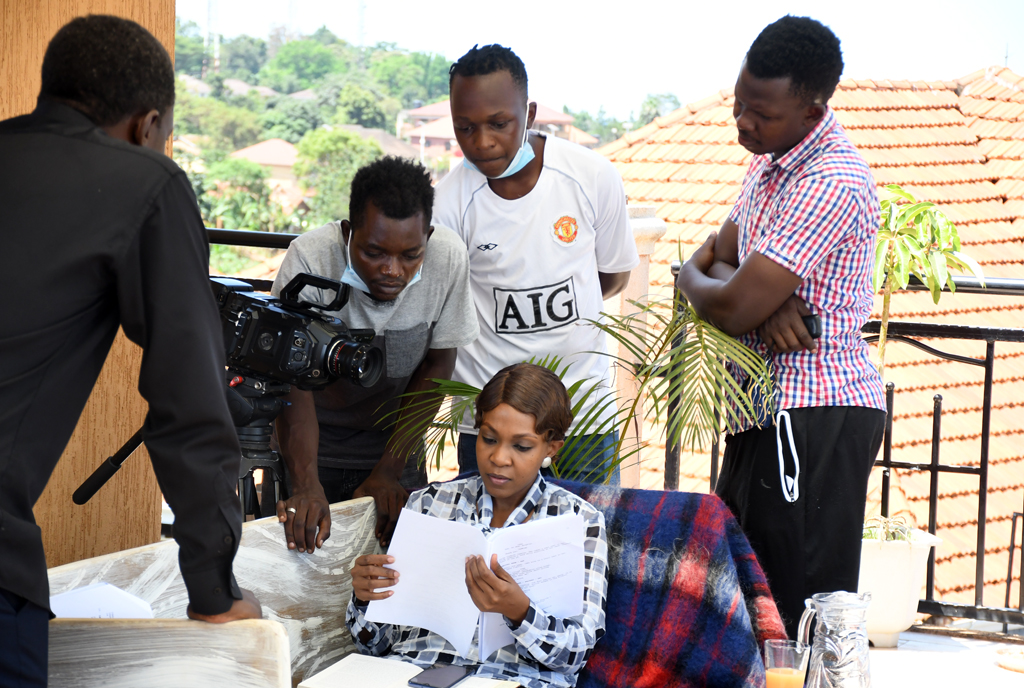 Cleopatra Koheirwe goes through her lines on the set of Prestige. Below: Simon Kalema and Khan Neema who plays his daughter. Photos/ Edgar R. Batte

Many times we watch a movie, series and a music video and never imagine the effort put into making the visual work. And that is besides having to deal with some actors’ and crew egos.

It is 7am on a sunny Wednesday morning, two film crews are finalising a meeting and agreeing on the day’s work.
A number of episodes are scheduled to be shot. In one corner, two young ladies engage lead actress Cleopatra Koheirwe. One holds a script and helps her through her lines while another is touching up her make-up. Koheirwe’s calm demeanour is a manifestation of her experience.

She can afford a smile. In a split second, the production manager signals her to get ready for a scene to be shot at the verandah where the camera crew have already set up their gadgets. Another camera crew is shooting downstairs.

I am on the set of the TV drama series, Prestige, and in the few minutes I have been here, I have discovered that making any visual work of art is no walk in the park. Actors will take one, two or even up to three takes to achieve a nod from the technical crew
Produced by Nathan Magoola, the series is built around rivalry between two sisters, bringing to life a story about the quest for power fueled by love, jealousy, grief, and hatred. Now in its second season, the cast and crew of Prestige can afford to work with minimal supervision.

I learn, in a chat with the creative editor of the series, Don Sadiq Mugisha, that creatives are terrible managers.
“Everybody thinks they are an authority. They are hard people to administer so to actually get to the level of making everybody understand that we are here only for a 26-minute episode, is a task and process that taught me how to grow as a manager,” he confesses.
He has had to convince some of them to put their egos aside. To succeed, Mugisha says the ability to communicate helps him work with people of different backgrounds.

But artistic discipline is a personal initiative and some acts have had to be replaced in the second season. The crew has also expanded to have Nigerians and Tanzanians.
Mugisha is no new face on the visual scene. He is director of Deddac Films, the establishment that is credited for putting together some of the biggest music videos from the late 1990s into the 2000s.
He is overseer of every aspect of production on the Prestige set. In essence, he supervises and edits every finished episode.

“I make sure there is consistency. We have a set of so many creatives, wonderful creatives. Many of the actors and actresses had never been on set. They are acting for the first time but they are doing a wonderful job,” he observes.
Before Mugisha agrees to a chat, he takes a few minutes to share feedback with newbie Khan Sandra Neema, who plays Malaika Kintu, and Kalema as his father. 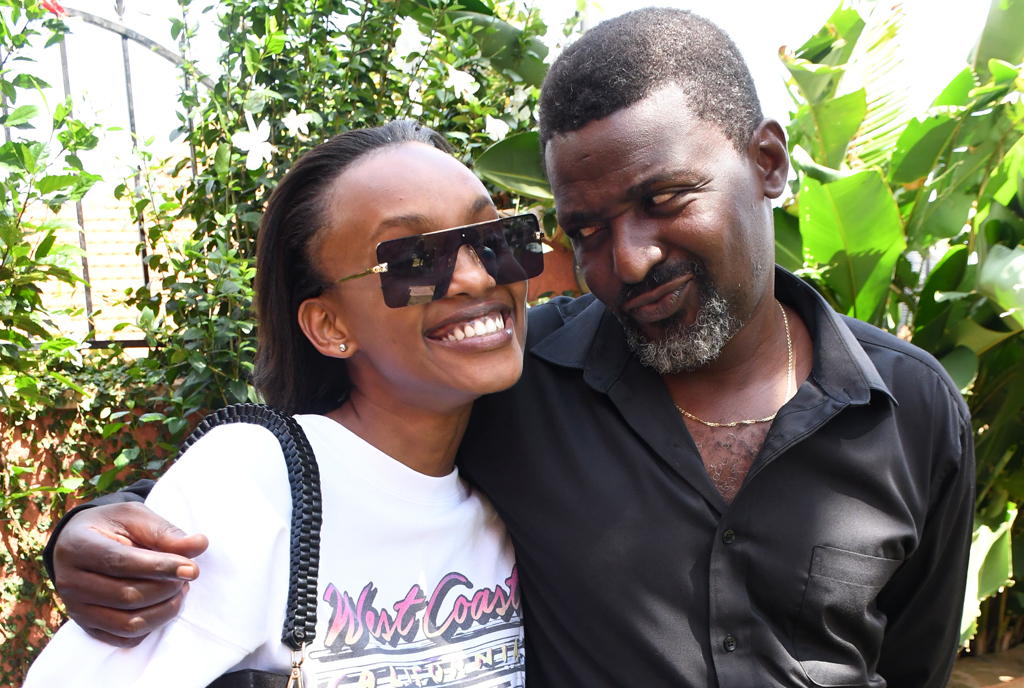 “She is a power house. It is hard to be convinced that she has never acted on screen before. Her acting is impressive and I hope and pray that she remains ‘sober’ and fame never gets to her head,” Kalema says of 25-year-old Neema, a 2018/19 Miss Uganda contestant, model and Computer Science graduate.
“As I read my part during auditions, they asked me to remove my wig but before they could finish asking, I removed it. Later, during casting they explained to me that that action showed my willingness and desire to work,” she explains.

She adds that the set has people willing to share knowledge. “It is one moving ship and everybody wants to move, the established actors and actresses are helpful.”
For Neema, it is a humbling opportunity to share a set with Koheirwe and Kalema.
Prestige is shot at one of the lavish homes in upscale Bunga, a Kampala suburb.

On this particular day, Magoola shows up in the afternoon and walks around the set to say hello and get updates on the progress.
The series has recently won the award for Best TV drama at the Uganda Film Festival.
It is now on course to achieve 260 episodes for the second season.

“The reaction has been great. I keep getting messages from different people talking about how much they love the show,” Magoola explains.
The journey of making the series started in 2009 when he started working as a copywriter in advertising. As such, it is also a story that is set in the Ad world. In 2018, he applied for the Tony Elumelu Entrepreneurship programme under which he got training, developed a business plan and got $5,000 (about Shs20m) seed funding.

Magoola registered with Ava Juliet Productions and through the programme, “I got to learn about JumpStart, a German organisation which was interested in impact funding for African Entrepreneurs. I applied with the business plan I had developed through the Tony Elumelu programme. They then agreed to invest in Ava Juliet Production for 10 per cent ownership,” he explains.

In October 2019, JumpStart rebranded to Uncap (Unconventional Capital) GmbH and said they would make the first part investment of $20,000 (about Shs76m) in January 2020 and at that point, he started preparing to leave Fenon Events.
In January 2020, Prestige was born and in April 2020 during the lockdown, MNET put out a call for proposals for a 60-episode drama series and he submitted. They called him and handed him a contract for 100 episodes.