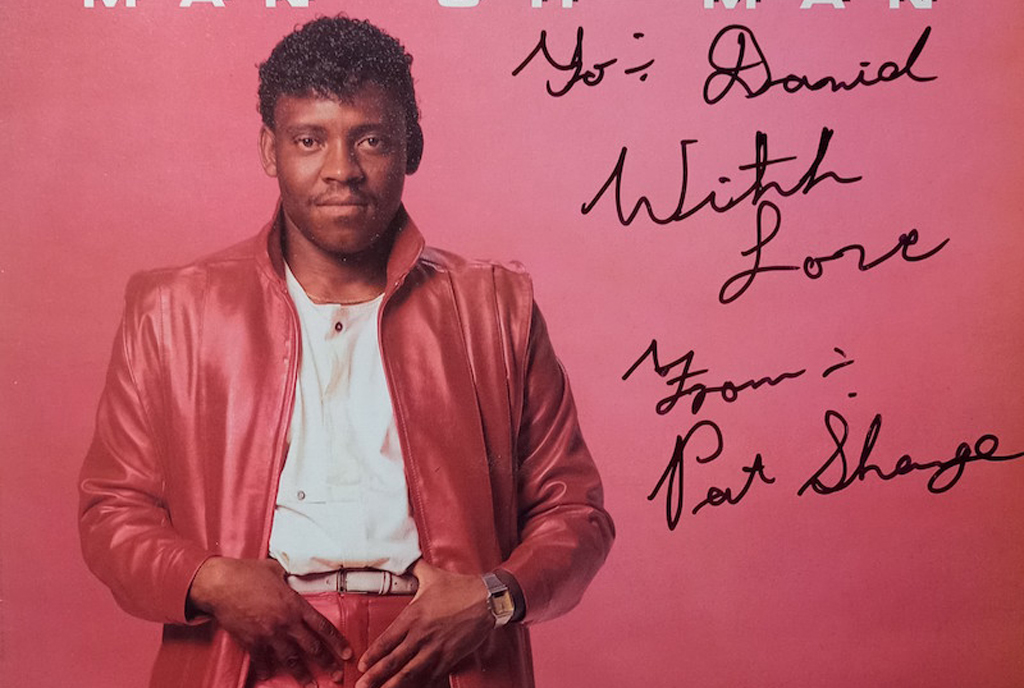 Childhood memories. The 1980s-90s afro-sporting fashionista, who succumbed to Covid-19-related complications last week, was one of the South African musicians who defined African disco with soul music that trascended the ages.

It is January 1985 and Sophie Nomakula Machaka is agonising about how to see her daughter Yvonne Moloko Machaka become a lawyer.
The girl was two months shy of her 20th birthday in Dobsonville, Soweto, where she lived with her sisters Doreen and Refiloe and their mother.

Their father, Habakuk Machaka, had died when Yvonne was aged 12 and Nomakula had had to take up a job as a househelp to raise her daughters – more like it was in the ‘Sarafina’ movie.
However, her maidservantry salary could not afford university fees.
Along came Pat Shange, who was visiting the family. Already an established musician transisting from isiZulu mbaqanga to soul, he set out to convince Nomakula to let Yvonne to try music.

It was not an easy ‘negotiation’ with Nomakula but eventually, Pat Shange won the day. In February 1985, he took Chaka Chaka to his producer at Dephon Records, Phil Hollis, who then assigned her to Attie van Wyk. The latter became her long-term producer.
“Pat Shange was the one who persuaded my mother to sign my contract. He said, ‘Ma, sign this contract, she’s a star.’ It’s so sad that he’s gone, I am very heartbroken and I’m forever indebted to him.”
Pat Shange died last week from complications related to Covid-19, after reportedly running frustrated that he couldn’t work at his Ezomdabu Records in downtown Joburg due to lockdown.

Shayile Time for Pat Shange
It is possible for one born in 1996 to proclaim with certainty that they were conceived on the backdrop of Pat Shange’s “Sweet Mama.” Understandable, considering the sensually hypnotizing feel-good beats punctuated by the electric keyboard – let alone the lyrics.
But Sweet Mama was released as a single in 1986 and distributed on vinyl alongside another captivating song, “I Surrender (Anytime Baby).”

Secondly, while Sweet Mama is about a love attention in the club who one wishes would come to bed, the Mama is apartheid South Africa. The song echoes that longing for South Africa to be the home that embraces its children with love.
These and many songs by the peculiarly secretive South African were, like Kampala Lord Mayor Erias Lukwago said, what defined “our teens.”
The 1980s to mid-90s African airwave milieu was “colonised” by South Africans. In Uganda, in particular, the likes of Pat Shange, Chicco, Brenda Fassie, and Chaka Chaka had come for a duel with Congolese on the radios and cassette players.

Every ‘siku kubwa’ (big day) was special. Home-made loud speakers would be blaring music from the cassette from morning and by the time children were done showing off their clothes and balloons, and the women their permed hair, the dusk was ushering in the disco.
And disco was incomplete without Pat Shange. Like Easter of 1989, when you tiptoed to open the door to go be part of his “My Neighbour” from the disco proper. You let yourself and siblings out, forgetting that mothers never sleep. A good beating awaited on return.

But Pat Shange was not done. Christmas of 1991, he dropped the album, “I’m Accused” with songs like Think Again, Coming Home, and Yizo. A good beating in the morning had nothing on the terrific dance one had at the disco.
South Africa’s culture minister Nathi Mthethwa said Pat Shange’s music was the “soul of many household gatherings and remained a part of many people’s childhood.”
But if Pat Shange had listened to his own “Coming Home From the Mine” this month, the premonition would have been surreal. Huntusa katikiti, kigutlela hae (I’m buying a ticket to go home), the chorus goes.
A man has been working in the mines for years and is eager to finally return home to his wife and family. And so goes Pat Shange, to the other world. 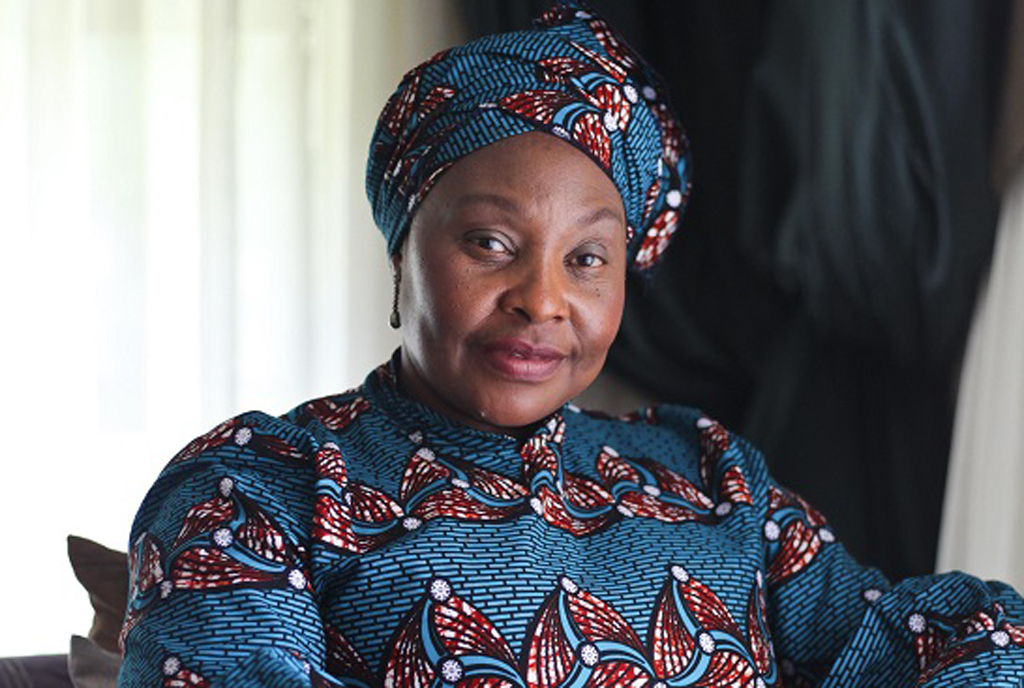 A secretive life
In “Shayile Time,” Pat Shange sang about working hard for a living and waiting for shayile (call) time (5pm) to go home. “I just can’t wait to go home,” he sang.
And so 65 became Pat Shange’s Shayile Time. His passing, on Tuesday, July 13 from Chris Hani Baragwaneth Hospital in Soweto, came just days after that of Tsepo Tshola, and Steve Kekana to compound a bitter July for Mzansi music.
However, in a classic case, Pat Shange stubbornly maintained secrecy even in death. News of his passing only came to light late Thursday.
Pat Shange was indeed not a “Cassanova” as he sang. It is almost impossible to find any record about his life. He had no Wiki page, no biography, and it is easier to trace Kim Jong-Un online than get a whiff of who his parents were.

News Finale put it bizarrely blunt: “Because of the absence of information about his birthday, Pat Shange’s zodiac sign is absent. Different sites are searching for data about his family.Pat’s total assets could be $1m, though he never affirmed his total assets.”
Patricia, who had been married to Shange for 33 years, said the deceased singer and producer was full of life.
“He was a bubbly person and loved jokes. Pat was very loud and loved fashion. He enjoyed arguing, I even said to him that he was supposed to be a lawyer. Pat would argue with you even if you are right, until you give in. He was full of jokes and loved music.”

Chaka Chaka recalled how Pat Shange was always full of style.
“We did a lot of shows together. We filled up multiple stadiums in one day. We moved from one stadium to another and each would be filled to capacity and we had the best times on stage. For me, those memories are unforgettable,” she said.

A man of many crafts
Pat Shange was born in 1956 in Sweetwaters, Pietermaritzburg, in KwaZulu Natal. He came out of Pietermaritzburg in the late 70s as a mbaqanga artiste and slowly moved onto disco sounds.
“With changing trends, he crossed into the mbaqanga-soul market,” Max Mojapelo, a former deejay at SABC, wrote in his book, “Beyond Memory.”

The 2008 book is a diary recording the history, moments, and memories of the author’s interviews with musicians.
“Pat Shange kept moving until he went right out the other side, arriving at pure pop. He had many hits in this style in the late 1980s and 1990s such as Casanova.”
Pat Shange will be remembered as one of the original township bubblegum music stars. Bubblegum was a form of pop music that was popular in the late 80s. It borrowed from the traditional sounds of mbaqanga, marabi and kwela. It was a fun genre of feel-good beats.

Pat Shange produced most of his albums with either Hollis or Rick Wolff. He also helped many new musicians, including reggae outfit Black People’s Choice (for their album “Beautiful Woman Is Like A Rose” in 1990).
He teamed up with Wolff to produce Freeway’s first album, “Majita,” whose title track can rival any of Pat Shange’s hits. It featured Soul Singers’ Lindiwe Ndlovu.
jodongo@ug.nationmedia.com