Uganda: Quite the musical puzzle!

What is money when cars are parked at home? 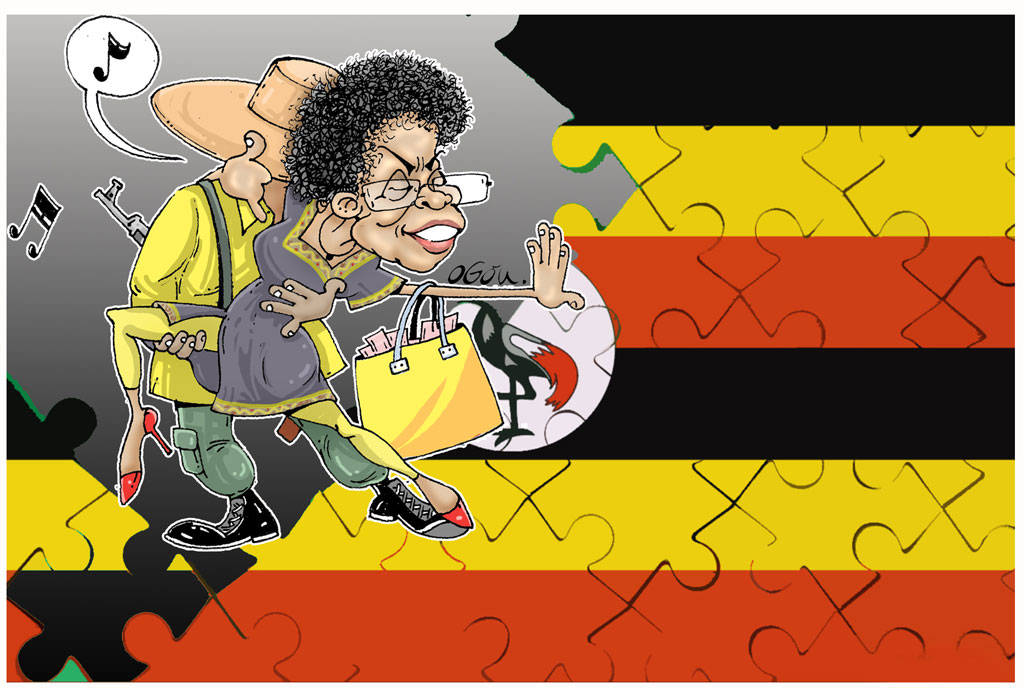 End of lockdown: Come Saturday evening, when the President sways clear of ‘Therefore’, we shall all be singing; “Twende Tupaate”. If this is not a miracle, then what is a miracle?

It is impossible to understand Uganda. Just when you think you have figured it out, it plays a card that takes you by surprise. Uganda keeps playing dodgeball with everyone. Now, I have come to suspect that Uganda could be one long music concert.

This concert started with the Principal himself. He assured us that we should trust him with everything. “Go and vote, the rest, “mubikwasse Kyagulanyi”. We all poured out in large numbers and cast our votes. From Chameleone to the youngest kid in this country, it was clear; “kigwa Leero”.

When the votes were cast, and the man in the hat reconfirmed for the journey of infinity, the principal turned on his word. Suddenly, it was our problem once again. “You see the problem with Ugandans, you have akatengo, aka fear,” thus said the principal. Because every Ugandan kept saying the same thing: “Nze Nalonda Nemala”. What else did the principal require of us?

Then came the love saga. Nina Roz was placed on the Billboard by Andre on the beat. It all happened very fast, one moment it was Katatumba, another moment, we had Nina Roz singing Andele. A few weeks later, Nina Roz was already thirsty and told friends about ‘Enyonta’. It is then that we realised that the chosen Sharp Shooter had moved on to another target.

In another distant world of the Gashumbas, God’s Plan was telling Sheilah; “Tugende Mu Church”. That they would borrow Chosen Becky’s “Kapyaata”. Months later, God changed his plan and asked; “Baleeta Akathala”. It is at this point that we realised Azawi had lied to the whole country. This surely was not our year.

The story was not any different in Zulitums world. We were counting on “Mr Therefore’s experience in fighting wars.” We had even crowned someone as ‘Maama Corona’. Then came the second wave. And Maama Corona was nowhere, Mr Therefore, had gone into hiding. But not without locking down in a lockdown. Subaru drivers could not contemplate this life. “What is money?” they asked. What is money when cars are parked at home? What is money when people have no chance to kujooga in a bar? Every family had someone complaining of ‘Ekifuba?’ Did Dr Dre Cali have an answer?

Speaking of lockdowns. Did you notice that the lockdown ends on a Friday evening? Yet, the President will only speak to the citizens on Saturday evening. Does that mean from midnight till Saturday evening, Uganda won’t have a lockdown? Since ideally there will be no Presidential directive in place? Can we finally dance and rotate to the “Weekend” song? We shall leave that for the LDUs to interpret.

Fast forward, we also had a General surviving some sharp shooters. To mitigate these, we decided to install digitally-tracked number plates. The tried and tested Jim Waffe came around to save the situation. We thought, at least this is not the Jim we knew. He’s changed. And then, it turned out that the contracted company was ‘Bad News’.

But let’s fear not. The Messiah chose several trusted fishermen and fisherwomen. Among these is none other than Disciple Nabbanja Magdalene. Thanks to her experience in the fishing industry, she was able to reject fishing nets, aka mosquito nets, in Kasese. Before that, the PM had also promised Ugandans that for this second lockdown, the government wasn’t going to feed them on posho and beans. This is a government that believes in the dignity of its people. Even the poor have a choice. The government would give every vulnerable poor cash and the person would do as they pleased with their cash.

It’s at this point that the Nubian Lee took time to remind the country; ‘Tusabaala Lyaato.’ Many are yet to get that popping message, while others had a chance to receive the message twice.

And what became of the Ugandan Covid-19 cure and Covid-19 vaccine? For the cure, the former Speaker of Parliament had promised to have it delivered in two weeks. Have you realised that for the first time in history, you have two Senior One classes?

When schools re-open, you will have Senior One Term One, and Senior One Term Two. It speaks to the efficiency of our great government. They have lived by Bebe Cool’s advice; “lockdown but do not lock down.”

But we have not lost hope this year. God has remembered his people. While we all sat hopeless, some random man woke up on a Friday, gave a motivational talk in the morning and then grooved to Pia Pounds’ “Tupaate” song in the evening. The rest is history.

Come Saturday evening, when the President sways clear of ‘Therefore’, we shall all be singing; “Twende Tupaate.” If this is not a miracle, then what is a miracle?