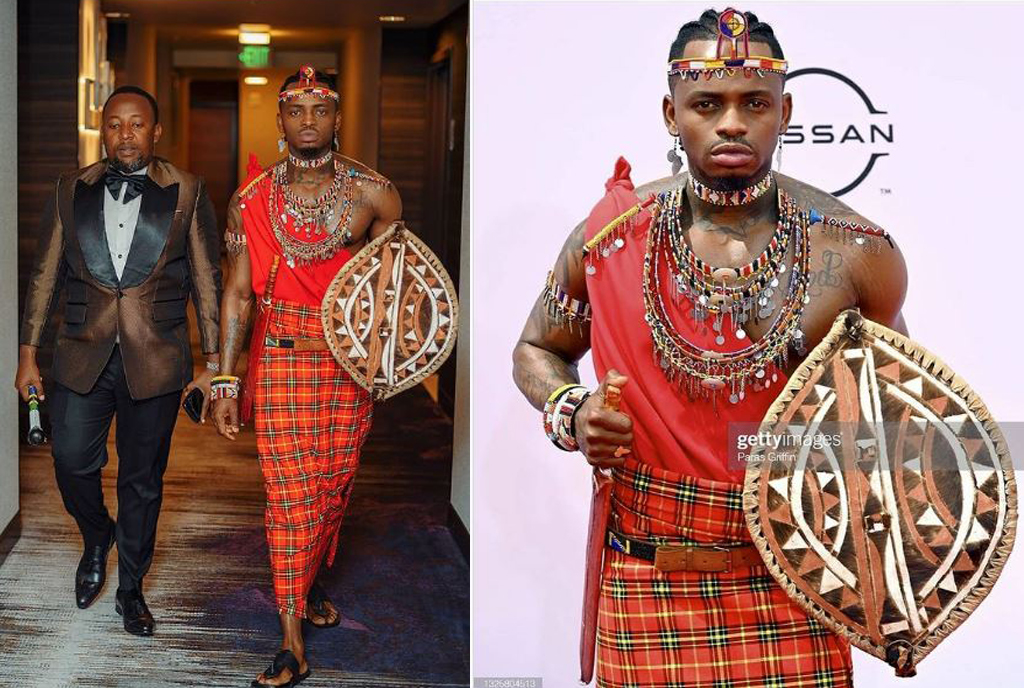 The Tanzanian singer, whose real name is Naseeb Juma, shared the photos of himself rocking the detailed attire with its accessories, which included a shield, machete, and a beaded neckpiece.

Maasai is a tribe found in Kenya and Tanzania, considered to among the best to have maintained its culture.

Despite the colourful display, the night did not belong to him.

Despite the loss, the Waaah hit maker kept his chin up and thanked his fans who wished him well saying that it was an honour to have been nominated.

Earlier this month, a section of Tanzanians launched a petition to have him disqualified from the awards.

The petition against Diamond who is considered one of, if not, the most popular musician in East Africa was launched on Change.org, and is based on his support of the late Tanzanian President John Magufuli.

“Diamond Platnumz is a world-renowned Tanzania music artist who used his popularity and his talent to whitewash and deodorize the brutal repression of the late dictator John Magufuli and his regime. Diamond is also a close friend and business ally of Paul Makonda the former Governor of Dar-es-Salaam who has openly persecuted and cracked down on LGBTI people,” the petition reads in part.