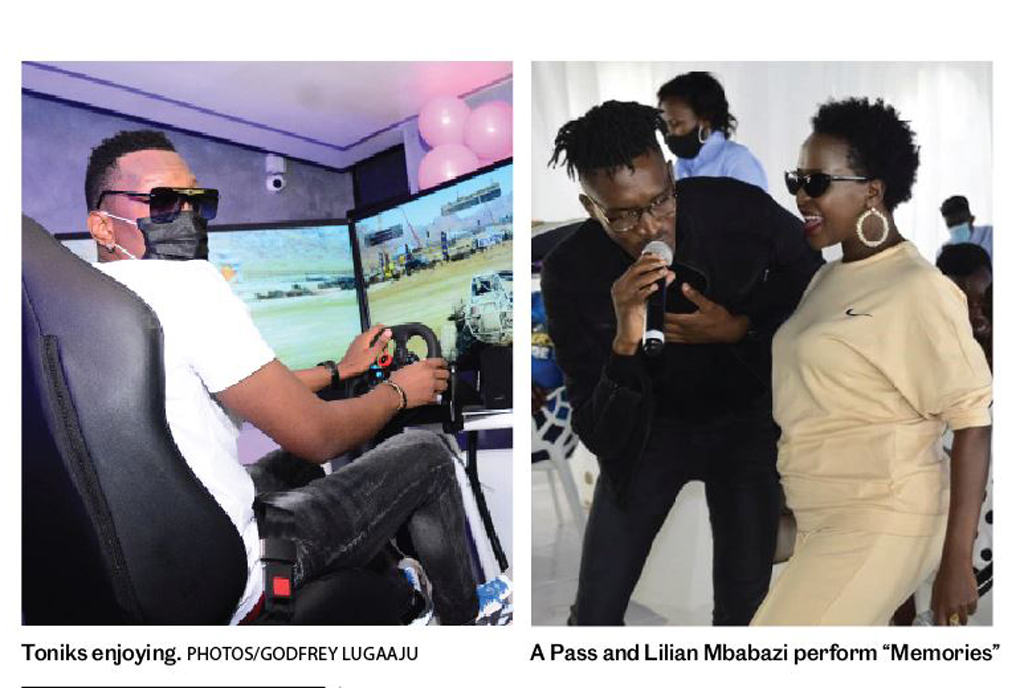 On Saturday, guests on an invite-only basis gathered at UK Mall in Kansanga for the official launch of Gamer’s Empire, which unveiled some fascinating additions to the gaming experience.
Unlike many gaming hubs that boast of limited offerings, the facility opened with a variety of games, most notably the Virtual Reality (VR) games that include the VR O Watch Chair, VR Space, Gaming PCs and Screen Racing.
To ensure safety, guests were sanitised and given masks at the entrance before the event kicked off.

The star-studded event hosted by comedian Salvado, was spiced up with performances from Fresh Kid, Bruno K, Nina Roz, Spice Diana, Toniks and Lilian Mbabazi, who opened with a flashback unplanned performance with A Pass.
A Pass is known for playing the FIFA play station games, so his presence was not a surprise, neither was his rush to the hub to play a few games as soon as doors opened.
Comedians Daniel Omara as well as duo Madrat and Chiko were there too.

The Gamer’s Empire CEO Natasha Patience Kabushenga said the idea of starting Gamer’s Empire was born from their gaming culture at home with her husband.
“My husband and I used to play a lot of games at home and it was my way of cheering him up when he got from work tired,” Ms Kabushenga, who co-owns the business alongside her husband, said.
The idea of the hub, however, she said, was born during the lockdown.