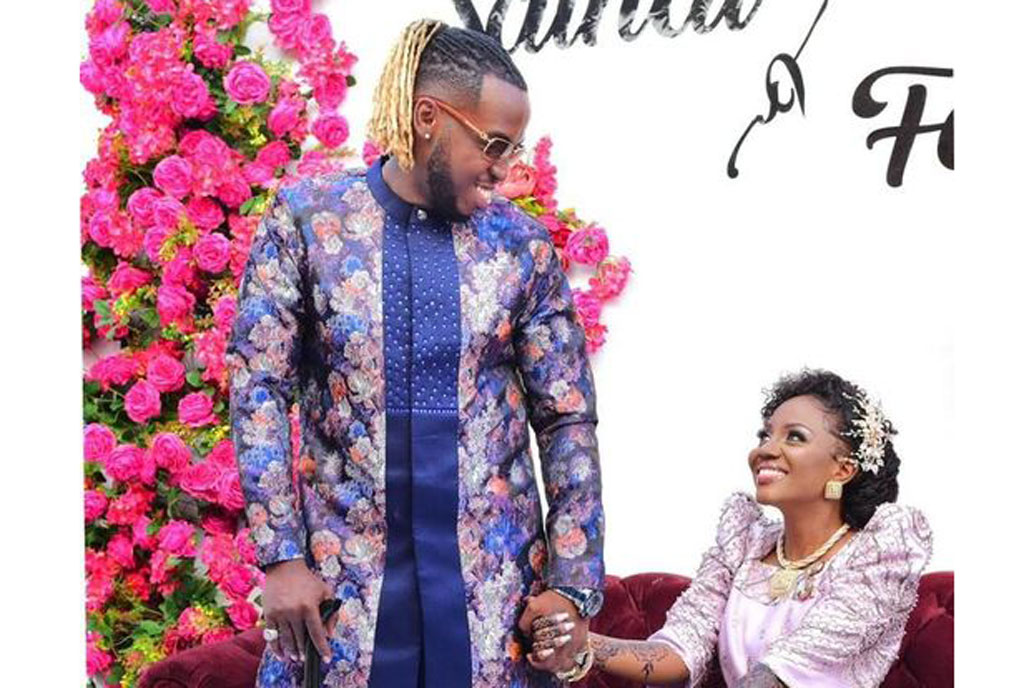 Rabadaba and his wife Maggie

While many thought that the two had rushed into marriage, ‘Mukyamu’ singer, revealed that he and Maggie have known each other for a long time and they have come a long way.

“We started this relationship a long time ago when we were 14 years old. We were very good friends and deep down loved each other. It’s just that everyone took different paths but we are back together. We do everything together and I love my wife so much,” Rabadaba said.

Before making things official with Rabadaba Maggie is said to have dated Grenade. She also dated the late AK47 with whom they have twins.

In a related development, Rabadaba lashed out at Full Figure and Madrat and Chiko who criticized him for being introduced by a woman who is known to have dated many celebrities.

The artist branded them illiterate and broke with myopic thoughts.

“Full Figure is an illiterate, low-life, and ugly woman. Since when does her opinion matter? She can’t sit at the same table I sit on. I have a bachelor’s degree in IT and what does she have? She can’t even construct a sentence in English,” Rabadaba said before lashing out at the comedians Madrat and Chiko that they are empty tins who don’t have the brains to have a proper job.