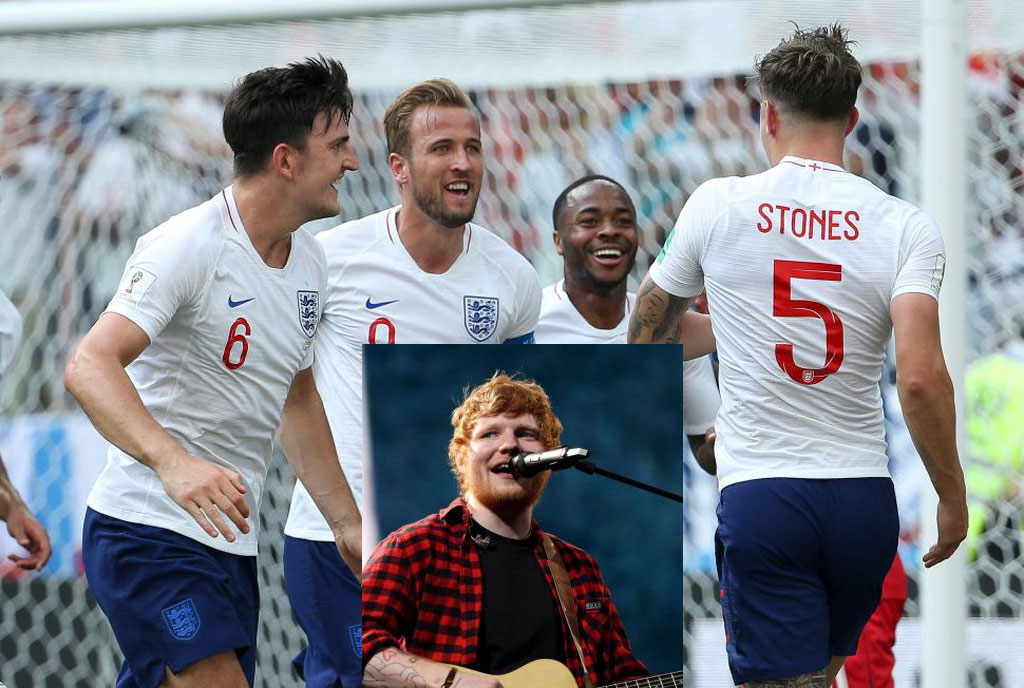 England’s Euro 2020 squad have been treated to a private performance from pop star Ed Sheeran as they relax ahead of their last-16 showdown with Germany. Gareth Southgate’s side clinched first place in Group D with a 1-0 win against the Czech Republic on Tuesday before learning they would face Germany in the knockout stage.

Before turning their attention to playing their old rivals at Wembley, Southgate and his players were treated to Sheeran’s outdoor acoustic show at their St George’s Park training base on Wednesday. ‘Shape of You’ singer Sheeran, one of the world’s top selling musicians, was given special permission to enter England’s Covid-secure bubble.

The 30-year-old Sheeran is a fan of League One side Ipswich and the Grammy Award winner was at Wembley to watch England’s 0-0 draw with Scotland in the group stage. England midfielder Jordan Henderson said it was a privilege to meet Sheeran and watch him perform.

“I have to say he was a top man. He was very warm and as a performer everyone knows how good he is,” Henderson told reporters on Thursday. “It was great to have him outside playing a few songs and speaking to him. It was a really good night.

“It was a relaxed thing, bit of food on the barbecue. He jumped on the guitar and played a few songs. It was a bit surreal at times. He was just sitting playing the guitar while we were eating. I can’t speak highly enough of him as a person. The lads really enjoyed it.”