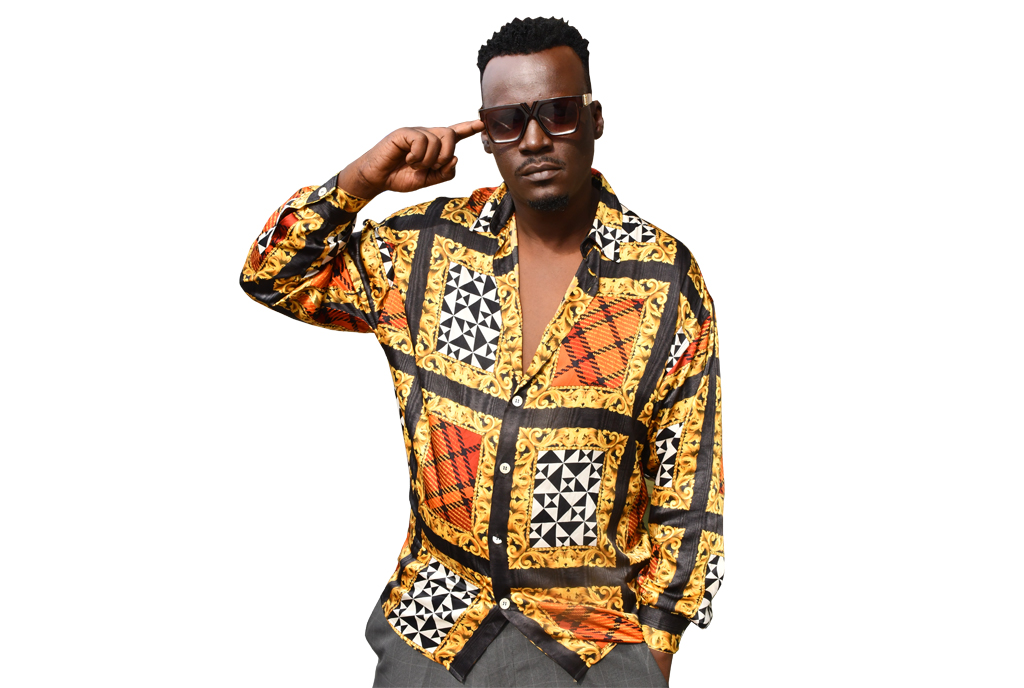 “I produced a couple of tracks on the album. It was a joy working with him on this one. It seemed too easy because we both knew what we were supposed to do. Work is easy when your working partner knows what he’s doing and that’s the case with Yese,” explains Sam Mukuki, aka Kuki Magic Hands commenting on Yese Oman Rafiki’s debut album.

Oman Rafiki has his name in a couple of hit songs. He is a good songwriter and is now out to prove he can sing too, releasing a 12-track album to show for his vocal abilities.
The project, titled “Endagamuntu”, was born out of the Covid-19 period.
It is a modern storybook of African music that bares out a multiplicity of genres, subjects and is presented in English and Luganda languages.

Oman Rafiki, born Joshua Kiberu, opens his album with a groovy Afro-Ganda song titled “African Sugar Daddy” which is inspired by day to day life, taking a cheeky look at relationships, amplifying the role of a man as a provider.
He sings and arranges the song alongside Butar Magic while Eli Arkhis was the producer. The songwriter cum singer slows the rhythm in “Baby Daddy”, which seeks to relay the fears of a woman who will have a baby with a man but is unsure about their commitment to a lasting relationship. This one was produced by Immorash Wa Guan while Arkhis mixes and masters.

It is renaissance time in “Obufananyi”, a school love story where a boy and girl cannot easily and comfortably express their feelings.
Michael Kitanda fuses it with his sax to deliver a soulful song that’s familiar to the ears of a fan of African music.
Rafiki turns things up in “Wait” with groovy kwaito sounds from down South. The overall lyrical message is the need to be patient in love, because as they say, the good things come to those who wait.

Love still dominates on “Tendeka Love”, telling about the experience of love being nice in the heat of its initial stages. It follows the deep narrative of kadongo kamu, one of Uganda’s most authentic and original sounds that has defined fine musicians such as Prince Paul Job Kafeero and Lord Fred Ssebatta.
Kuki plays the guitar on this one while Arkhis handles the production. Oman Rafiki retraces his Christian roots in “Wampita”, thanking God for his calling as a songwriter and musician.

As you take in the gospel song, you might want to know that he is a preacher’s son, born to Josephine Nsubuga, a lead pastor at International Vision Church in Nabiteete, Luweero.
The background vocals on the Afro-Ganda song are by Kuki. Elijah Kitaka features on it too.
“Nyumbani” (Kiswahili for home), is my favourite song on the album. It draws me in, thanks to the pronounced acoustic guitar and the beautiful arrangement of the songs that fuses drums and solo guitar.

The lyrics are simple and communicative. Rafiki’s love for Kadongo Kamu extends into “Mirembe” to deliver some punchy experiences about the Covid-19 pandemic that led to a total lockdown in Uganda and offered time for people to reflect on their lives and for some to seek new beginnings.
In there is the solo guitar and African drums. He closes his musical project with a song titled “Nakato ne Babirye”, a song about twins and why dating one could lead you into confusing them with another.

“I am a student of African music, so I have had the desire to translate our Ugandan sound to be relatable to Africa and the world at large. Uganda is blessed with different instruments from different cultures and if we can express our diverse culture through music, we can have a sound that can relate to the world,” Oman Rafiki argues.

He adds that as a songwriter, he has influenced the local music scene with hit songs that have transformed lives, made people dance and he is now ready to offer more by showcasing his abilities as a singer as well.
His music is available on YouTube, Spotify, Ugatune, Boomplay and iTunes.