Loukman Ali on building worlds for the silver screen 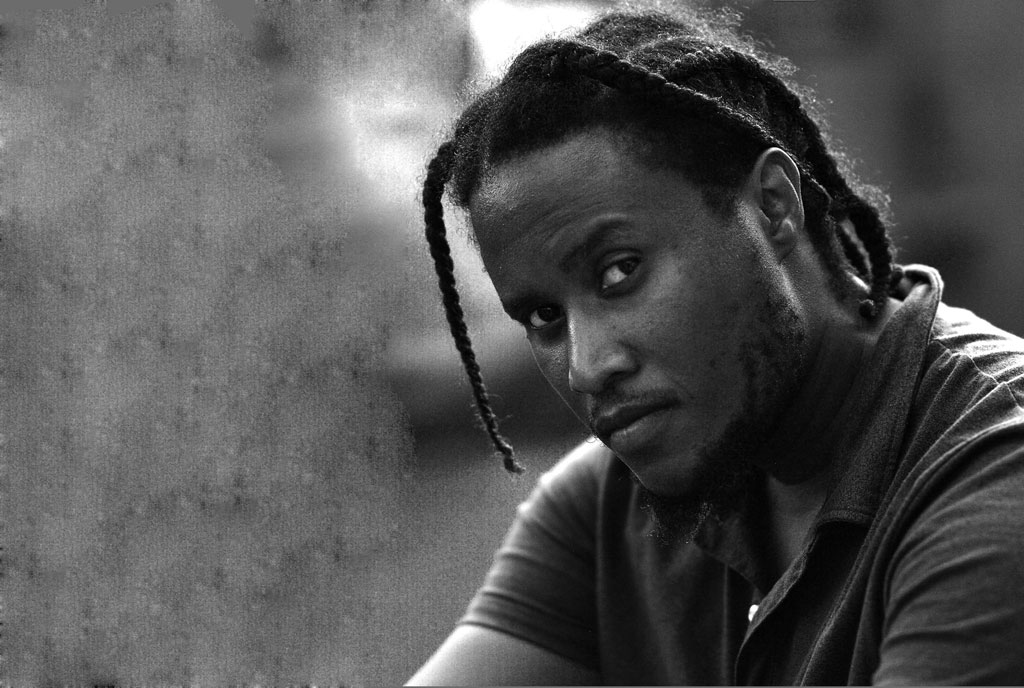 CAMERA, LIGHTS, ACTION: His name may not be as popular as his works, but there is no question that Loukman Ali has a midas touch. So many things he has touched have turned to gold as Andrew Kaggwa writes.

On May 5, film director and cinematographer Loukman Ali was shooting a number of scenes for his upcoming film, 16 Rounds, at Motiv Uganda.

Loukman has for years maintained a certain look that almost represents him and he represents the look in return; he is the kind that will show up on a Monday morning wearing shorts or sweat pants with a white or grey T-shirt and sandals.

Loukman has never abandoned this look even when he is attending an award show.

Funny thing is that he makes jokes about his choice of outfits as well.

“I was told if I’m to change myself for the better, I need to start by dressing up in proper adult clothes, not a grey T-shirt, shorts and sandals. I don’t know how this works but I’m willing to try it out. Now, where does one buy good adult clothes?”

On his set, you will definitely find him in one of such attires, not ‘adult clothes’. On this particular day, many things are still getting into place. For instance, they are still putting together the set that must be used to shoot home and prison scenes.

Loukman’s films have caught the attention of different Ugandans, some even believe they are perfect. Yet the man behind these pictures actually sees all the mistakes.

He says while growing up, his biggest critics were his parents. Then, he used to draw. “They told me that people who tell you that you’re the best are not helping you, they are killing you.”

Thus, after working as a graphics designer in Norway and eventually buying his first camera, he started teaching himself film off YouTube and different streaming sites. He knew he had to do the best, trying was never part of the plan.

Because of this mentality, he plans many of the things he does while shooting a film. He will literally hand draw all the scenes of the film in a book, detailing from the camera movements to shadow positions.

This is primarily one of the reasons he loves building sets as opposed to looking for a random house to use as a location. With sets, he gets to control at least 90 per cent of the surroundings, he can manipulate the lights for the sun to set or rise when he wants it to or change direction.

But above it all, he likes building sets because he knows no one will show up and chase him from a set.

“Ugandans are yet to appreciate the film industry that if you rent a house, things can get complicated when, for instance, the owner decides to chase you because he believes you are invading their privacy,” he says.

Loukman is a dynamic filmmaker who has acquainted himself with a lot of filmmaking knowledge. He knows how to edit, create 3D graphics, write, but above all, he is an amazing cinematographer.

When Loukman premiered The Bad Mexican, he was a breath of fresh air.

Ugandans had mastered the art of telling stories in short forms but only a handful had managed to capture it in a way that made it look good enough for the big screen.

The films many of them did were good enough for festival and art house showcases. When Loukman debuted The Bad Mexican, then he wasn’t known to many people in Uganda’s film circles but had been making waves in the advertising world.

He had, for instance, produced commercials for different companies and had been part of the team that was trying to revive actress and producer Nana Kagga’s Beneath The Lies after a production hiatus.

But he stayed in the background that by the time The Bad Mexican was premiered in 2017, both the industry and the audience were only learning about the man. 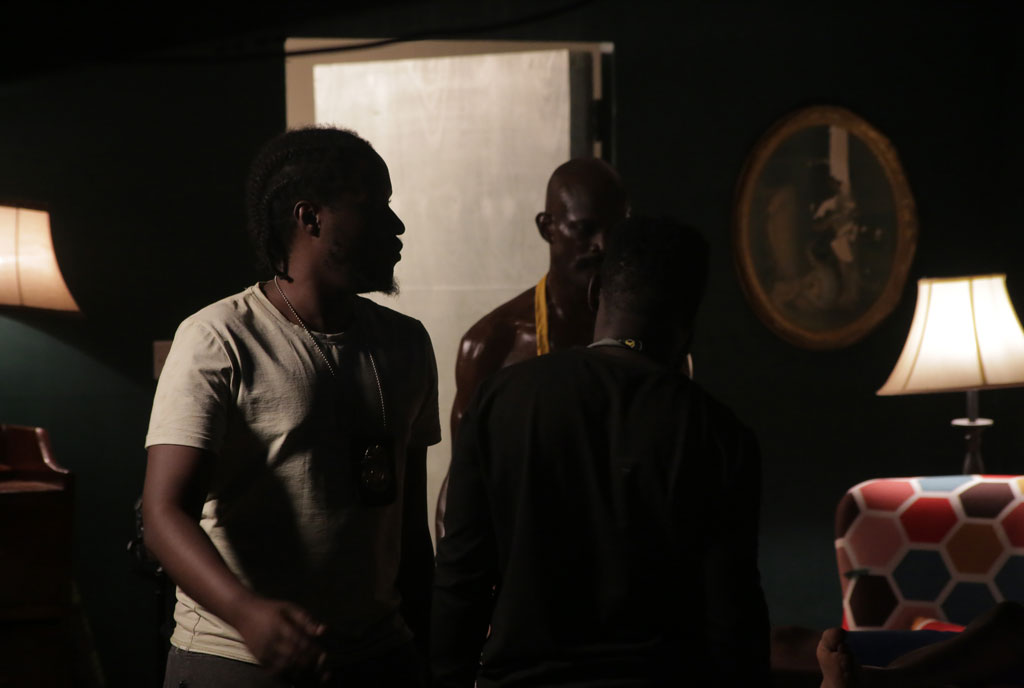 It is about that time that he started working on his upcoming film, The Girl in the Yellow Jumper, an ambitious film he believed was going to cross borders even before he did the casting.

He had intended to have American-based Ugandan actor Ntare Mbaho Mwine as one of the characters. However, even when this did not happen, Loukman still got to work with the international actor.

The film was initially to premiere on April 15,2020 but was subsequently postponed after Uganda, like the rest of the world, went into a lockdown as a measure of combating the spread of Covid-19.

Much as Loukman is dedicated to having this film shown to Ugandans, he says its fate is in the hands of the producer. However, during this year’s edition of the Nollywood Week Film Festival that was primarily a virtual event, The Girl in the Yellow Jumper was one of the films people could pay for and stream for at least the entire weekend of the festival.

In fact, Loukman says he has moved past The Girl in the Yellow Jumper, and is looking ahead. For instance, he has been keeping himself and those around him busy throughout May. They are working on the final shoots of 16 Rounds.

On set, he was joined by Usama Mukwaya, a film director who serves as his producer – the two have worked on a pay TV commercial and the now viral, Blind Date, which stars online personality Martha Kay.

Besides the two of them, they had a number of apprentices for this project, some were there for training in film directing while others were trying to improve their acting and thus working with Michael Wawuyo Jr. There was another group that was there for training in cinematography and this too worked directly with Loukman.

Loukman tends to work with the same people on many of his projects – for instance, with the actors, he will always have either Michael Wawuyo or Wawuyo’s son, or both.

“I work with the same people because they are professional, something that is not easy to find here,” he says.

16 Rounds is an action drama about a couple staying together for convenience; the husband, a former soldier, hates his wife and is looking for proof that she is cheating on him so as to divorce her without sharing his wealth.

It is a story he says he has had with him for some time, though he says while working in Uganda, you always have to be careful.

“I think one of the things that helps me is that I’m conversant with other areas of filmmaking. Whenever I am writing a story, I have to keep in mind that what I am writing is manageable,” he says.

Loukman says with other markets, a writer can choose to go all out since the budgets to do even the impossible are present.

“That’s the same reason I storyboard with all details. By the time I go on set, I will know whatever I am looking for in a scene,” he says, adding that poor planning has made many local filmmakers incur losses that could have been avoided.

“You find people making decisions to have a drone shot on set, they pay for a drone and an operator and while editing, they notice they don’t need it, yet they paid lots of money for it,” he says.

If dance is an orphan, the local film industry is by far considered the black sheep of the local art industry. The audience has on many occasions decried the quality of films Ugandans make and the type of stories they choose to tell. 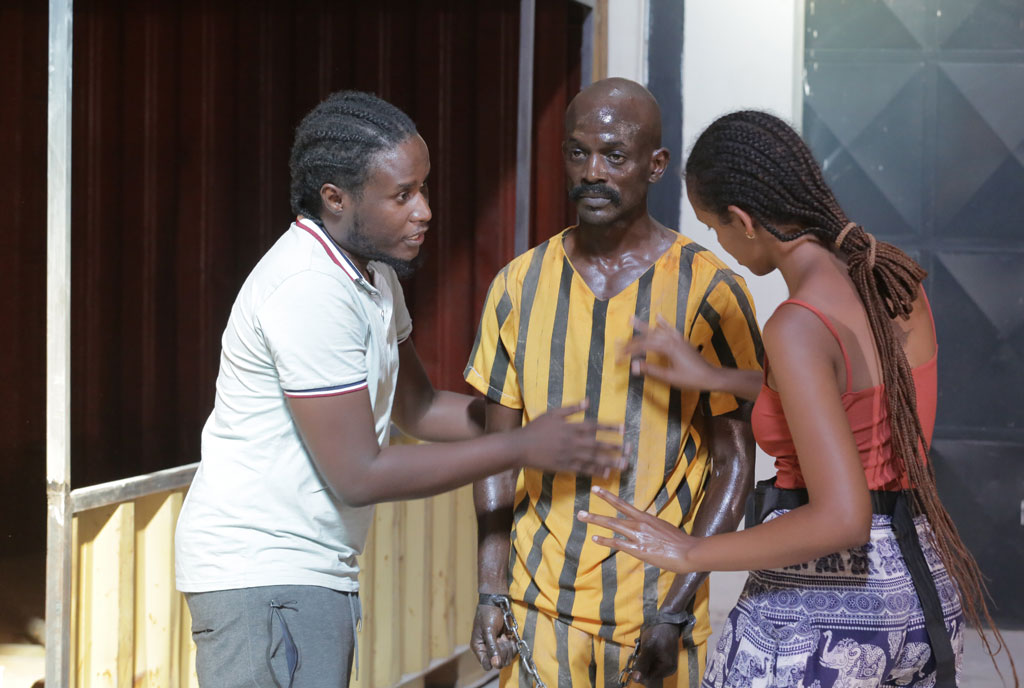 Loukman says most filmmakers believe our issues will be solved with time but it is wrong; “we need to do things now.”

He notes that after they made The Girl in the Yellow Jumper, they tried to reach out to Netflix who argued that if they were to open up to the Ugandan market, they needed assurance of consistency.

“That’s why it is important to interest some people, you cannot make all those films by yourself,” he says, adding that his formula is to make films that the audience finds worth spending money on.

“The films we are doing are not good enough because most of the filmmakers are doing it as a hobby not a business we should invest in heavily,” he says.

Local films have always struggled in local cinema. For example, it is almost a myth for one to last seven days at the cinema. Some will even struggle to raise an audience for two screenings.

Thus, Loukman’s formula of investing heavily in short films that he doesn’t even intend to make money off is confusing. However, he says that he invests heavily in quality films for many reasons. One being exposure of the industry in a positive light to both locals and international but above it all, to showcase what Ugandans can do.

“I have done many films that I wasn’t paid for but managed to recoup all the money used because of them. Some people have given me jobs because they have seen the films,” he says.

While shooting 16 Rounds, Loukman and team had to deal with a number of setbacks. For instance, on the first day of shooting, none of the sets they had to use had been fully constructed.

A container on location was remodeled into a prison that even when it wasn’t meant to be used on day one, the schedule had to change to ensure at least a scene was shot.

But it wasn’t only the set building they had to deal with, the location had events whose strong music made it so hard for the filmmakers to shoot a thing without the music interfering.

When it wasn’t the sound from the event, they were random fighter jets being tested for a pending swearing-in ceremony.

But these were manageable problems, the team had seen worse while shooting outdoor scenes days before. They had been chased from places, even those they had sought permission to work.

“As filmmakers, we are currently working in a country where many things are against us,” he says.

No respect for the industry

Thus, from that background, he sees the industry as a group of outsiders.

Since he dropped The Bad Mexican, many Ugandans have appreciated Loukman’s films. However, he has also been heavily criticised for not being original and thus trying to make his films like American film director Quentin Tarantino while others have written him off as an only good shots person whose stories are always lacking.

“I accept all the criticism but again when I look at our industry, we don’t have films that have failed technically but perfected the storytelling,” he says.

And of course he acknowledges his influences; “It is true I am heavily inspired by old Hollywood,” he says, mentioning names such as Teratino and Steven Speilberg.

While growing up, he says he hated school and spent most of his time watching films.