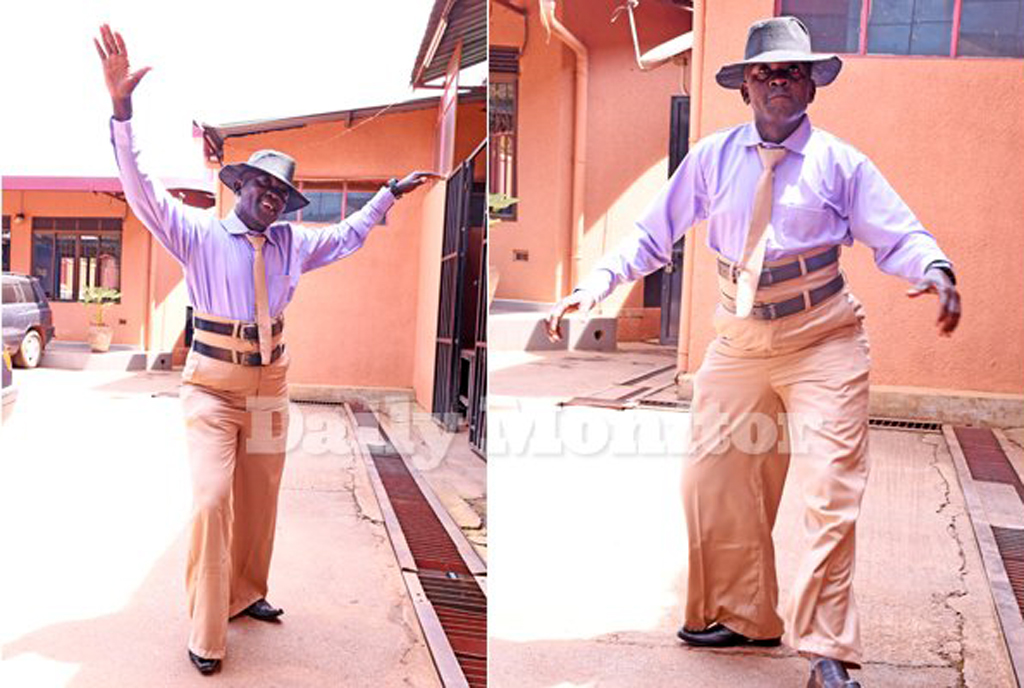 After feeding Kampala to his hips, strokes and fashion, Papa Wemba Atiku might not make it back to Arua. By the weekend, he had been ‘arrested’ by residents of Kiryandongo, who binged him on roasted cassava in return for ‘samples.’ However, the latest is that Congolese have claimed the businessman with offers of recording contracts in Kasavubi in Kinshasa.

Soukous producer PDG Misaki Yelele said Atiku must report to their studio because his decision to give out the talents given to him by the gods had led to the volcanic eruptions in Goma.
“He was born on the foothills of Mount Nyiragongo and that talent was strictly for use in rumba or for appeasing the gods, not at some corrupted place like Parliament,” PDG Yelele said.
“The gods are so angry, he must come and calm things here.”
But Atiku said he did not know anyone called Yelele. “A woman in Kampala said she has my child aged three and some have offered me marriage so I’m not surprised the Congolese want a piece of me,” he said.

Oulanyah will force you to wear bowties, MPs told
A candidate in the race for Parliament Speaker turned desperate at the weekend, warning legislators that if they voted bowtie-obsessed Jacob Oulanyah, they could find themselves wearing the same as a rule.
The candidate said Oulanyah has a “problem upstairs” and that the man from Omoro believes “everyone has to be like him.”
“If he becomes the Speaker, he will get someone to table a Bill or something, change the House rule so that a dress code is enacted decreeing bowties as the official tie,” an MP said, quoting the candidate as saying.
“The candidate added, ‘Is that what you want?’It was surreal.”

Kazoora told to build his show the hard way
Veteran TV personality JK Kazoora has been told to earn his stripes the hard way instead of crying for stunts that would improve the rating of his new show on NBS TV. Kazoora recently returned to the silver screen for the umpteenth time and the former Jam Agenda presenter tried to have a ‘smashdown’ of WAGs in Daniella Mayanja, Zuena Kirema and Barbie Kyagulanyi appear on Late Night with JK show but his calls to Barbie have been ignored like a call to a phone abandoned at the cemetery.

“It’s Bobi who helped your Jam Agenda ratings and now you want his wife to help your Late Night ratings. I won’t be surprised if in 2040 you returned with ‘Down With JK’ show and approached Bobi’s children to help its rating,” said NUP supporter Norbert.
“You ’re the reason WBS folded, NBS should be careful, very careful,” Nick added.