Made in Africa is such an ambitious Eddy Kenzo project 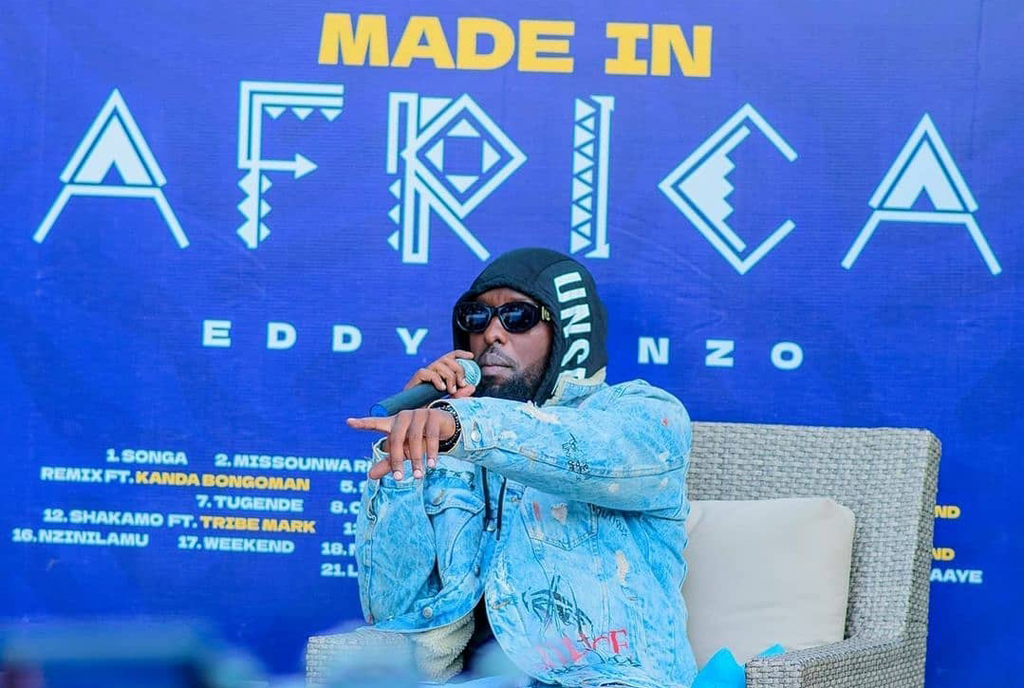 Eddy Kenzo during the listening and reviewing of his Made in Africa Album on April 29, 2021. PHOTOS/ COURTESY/ EMMA TICKSON

If there is one thing fans of Eddy Kenzo have been talking about for the biggest part of 2021, it must have been the album he was yet to release.

Then, they did not know the title or songs on the album, all they knew was the fact that he was releasing a new album. In their words, “The album is not going to give Uganda a chance at the Grammy Awards, it is bringing Uganda and East Africa’s first Gramophone.”

Well, all this was before the March 15 Grammy Awards ceremony – the award show was somewhat monumental with different mainstream African artistes winning Grammy Awards and others being affiliated to winning projects.

For instance Tiwa Savage received some recognition for her work on Cold Play’s Everyday Life and so was Kenya’s Sauti Sol and Bensoul for their contribution in writing and producing Burna Boy’s Time Flies off the Grammy Award winning Twice as Taller.

Burna Boy’s win made a Grammy Award prospectus more believable that besides Eddy Kenzo, there were more artistes wishing the Grammy Awards upon themselves. 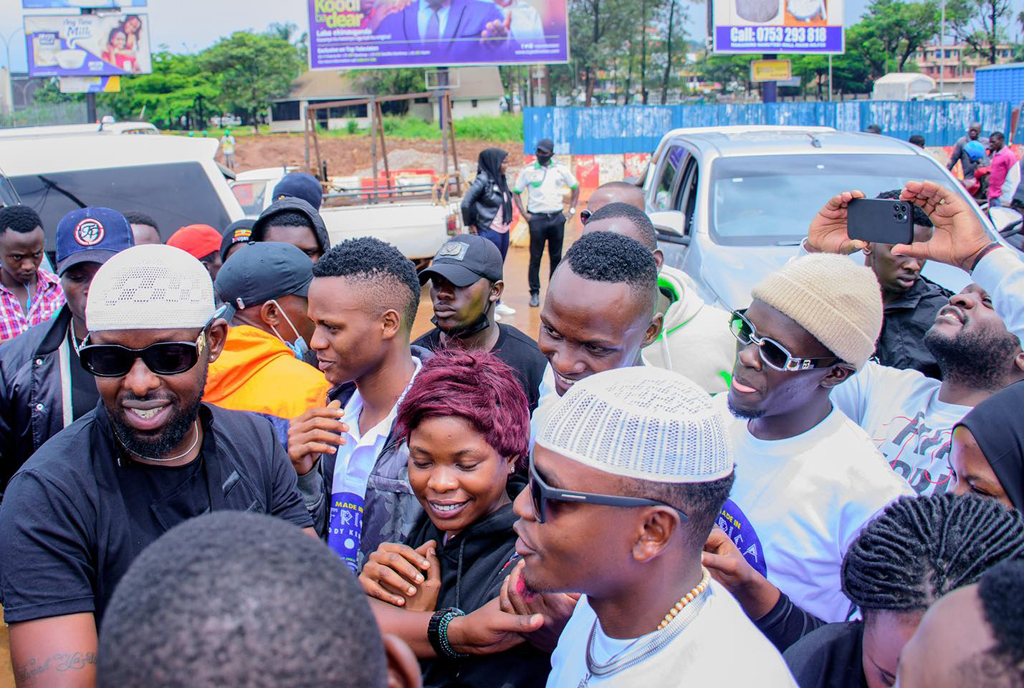 On Thursday, the long awaited Eddy Kenzo album, one of the Grammy Award prospects, at least according to his fans, landed on streaming sites such as Apple Music, Tidal, Deezer, Boomplay and Spotify.

Made in Africa is one album The artiste did not to only challenge himself but also put himself in as many uncomfortable situations – some of the songs he did are surprising and vocally demanding.

Think about an Eddy Kenzo on Kanda Bongoman’s Monie or Monique Seka’s classic Missounwa, these are songs with legacies and a fanbase, you don’t simply do renditions of them.

And they presented a challenge but well for us, we shall start by looking at what worked on the Made in Africa album.

For an album titled Made in Africa, it was clear Eddy Kenzo is trying to book a place on the table of greats, as far as African music is concerned. Of late, most of the slots on the table have been occupied by names such as Yemi Alade, Sauti Sol, Diamond Platinumz, JoeBoy, Tems, Omah Lay and more artistes, especially those emerging from Nigeria.

For him, this album was his way of breaking into their circle, he went out to do an African album that would not only bear the name of the continent but pay homage to the sounds of the soil. 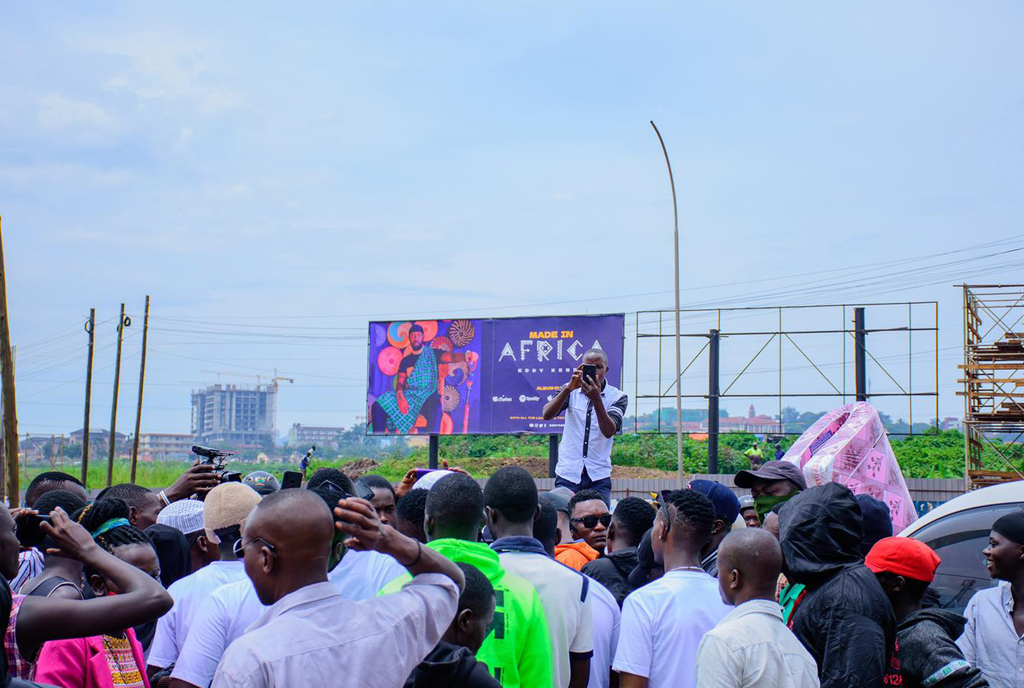 Thus as you listen to the album, you can’t help but appreciate the African sounds on his opening song Songa. This particular one was produced by Ethno producer Jude Mugerwa, after years of experimenting with African sounds with artistes on the annual Pearl Rhythms’ Stage Coach and artistes such as Giovanni Kiyingi, Andereya Baguma, Kenneth Mugabi, Aloysious Migadde and Suzan Kerunen among others, he has created a signature, especially with the ease that he samples traditional ethno and acoustic instruments.

The album although has rays of technical brilliance with the way they chose to pick a thing from our traditional music, fusing it with what Africans are listening to at the moment to create a beautiful experience.

For an album called Made in Africa and the production, it was clear Eddy Kenzo’s theme for the album wasn’t going to be felt lyrically but by its production values. From the first song to the last, the producers constantly remind you this is an album produced in Africa for Africans, which in many ways is a sign of them outshining the singer.

In fact, besides songs Uganda Oye and Born in Africa, most of the songs are pedestrial to the theme of the album. But that doesn’t make the rest of the songs useless or bad. Most of them are better than the two if not all.

Tugende for instance manages to create a hybrid between Afrobeat that Nigeria is trying to own with different sounds from the Francophonie West Africa. The song is easy on the ear thanks to the fact that very little is happening around it, you get to appreciate his simple and catchy chorus which most of the time makes up for the very forgettable lyrics. 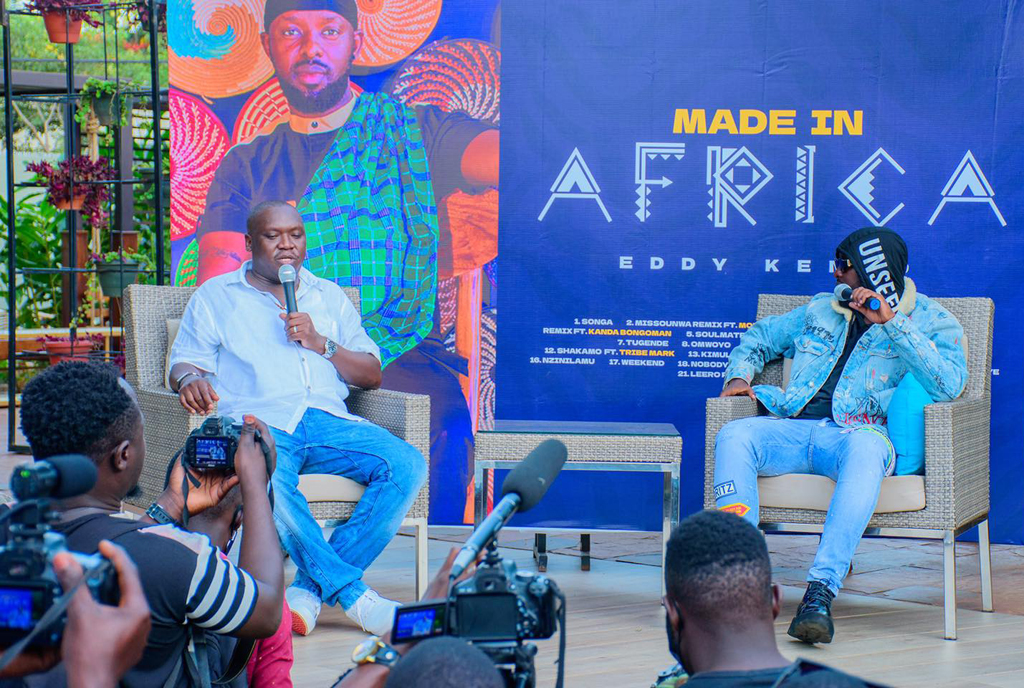 Lyricism is Eddy Kenzo’s biggest shortcoming on the album, most of the songs’ writing is basic as Kenzo has always been – much as this kind of writing could through confusion grab attention with liners such as ‘Awamidu let me do let’s do,’ an albums anticipated as this can’t be driven by accidental genius.

It will be nice if he works with as many songwriters as he moves forward, it will work magic for him.

This album also features three remakes Missounwa, Monie and the Ugandan classic Born in Africa – artistically, it is easy to say all the songs were a failure. For instance there is nothing Kenzo brings to table on both Monique Seka and Kanda Bongoman’s classics, but works for them is a fact that they reignite nostalgic feelings.

So yesterday night my brother Hajji Umar Katongole calls me and gives me a program that he knew I would not say no to….

You can’t forget the first time you listened to Missounwa as a child or Kanda Bongoman’s Monie, thus these two songs will get his audience especially in the Francophonie West Africa dancing.

For Born in Africa, it is a sacred song that happens to all Ugandan artistes that leave Uganda to perform. Both Bebe Cool and Bobi Wine have heard their try at it, and it was sad, the Eddy Kenzo rendition is not different. It was clear the song was so big for him at many fronts, interpretation and talent wise, he struggled with his voice and later the word tonation of the different lyrics.

But he says the song’s main purpose is performance, something that will indeed work for him thanks to the producer’s interpretation of the song.

So, will Eddy Kenzo win a Grammy Award with Made in Africa? 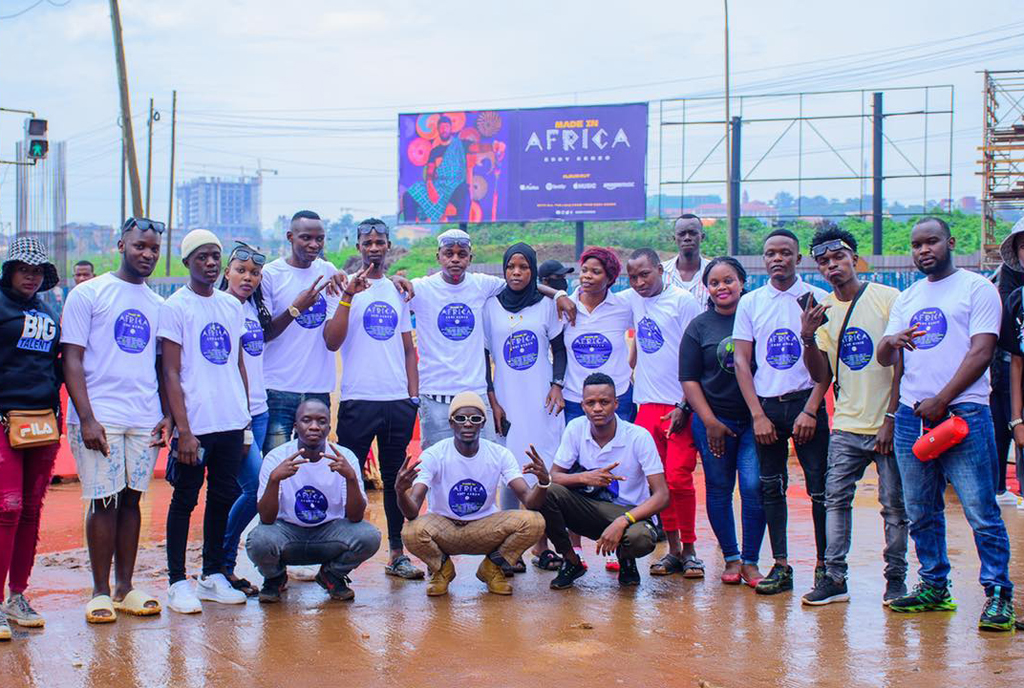 Technically no, the album is a slight 6/10, with very little cultural impact as far as innovativeness with the sound is concerned. But all that said, it is an ambitious album especially from an artist whose talent, success and ability to actually sing has been questioned.

And above it all, it is 2021, Meghan Stallion and Cardi B have four Grammy Awards between them, Nicki Minaj has zero. In Africa, Burna Boy and WizKid have both won a gramophone before D’Banj and 2Baba.

Regardless of your thoughts on Made in Africa, in this world of cancel and viral cultures, a Grammy award is no longer far-fetched for an artiste with more than 500,000 listeners on Spotify.

In this article:Eddy Kenzo, entertainment, featured, Made in Africa, Sauti sol, trending