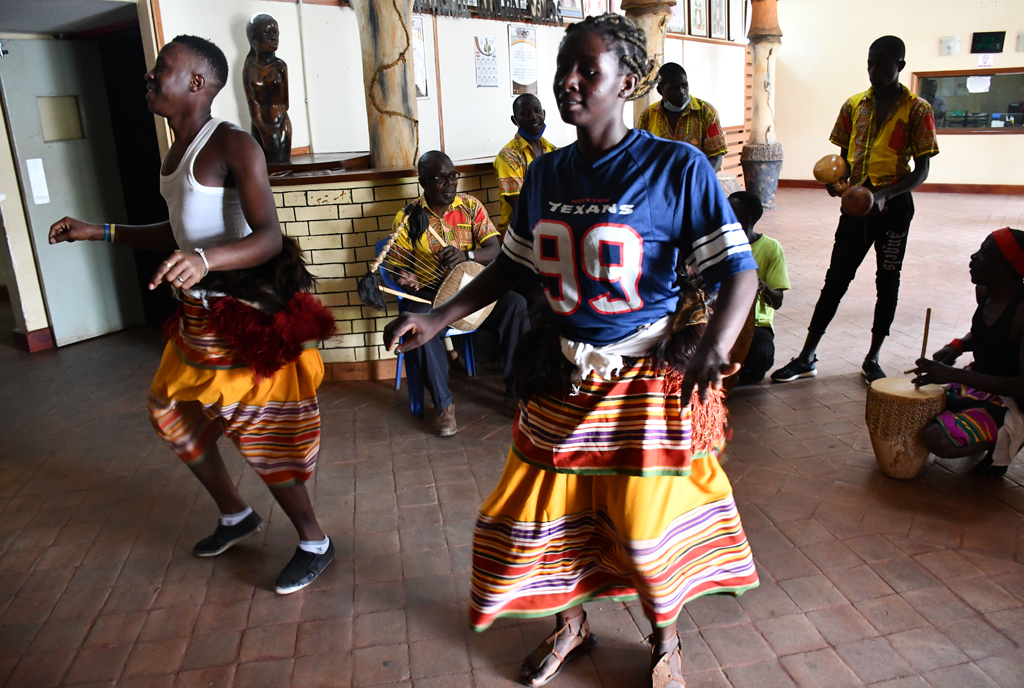 Although there was excitement for being on stage again, it was a bitter-sweet moment that brought back nostalgic moments before the Covid-19 pandemic.

The annual World Culture Day was not all a celebratory affair. Whereas artistes were happy to be performing, the impact of the covid-19 has not allowed them to express and showcase for well over a year.
The event to celebrate culture was organised at Uganda National Cultural Centre (National Theatre), in Kampala, under the theme, ‘The Impact of Covid-19 on Culture: Promoting Recovery and Resilience of the Creative Industry in Uganda’.

Charles Batambuze, the executive director Uganda Reproduction Rights Organisation, who was the day’s keynote speaker, said livelihoods of creatives are at stake and there is a likelihood to lose skilled practitioners to other sectors because the vibe has been that such people need to move on to the real economy.

“There is no doubt that as creatives we are tough and tenacious but I will be honest, it is hard to look on with optimism when it has been 14 months of no work for majority of artistes. We survive on a gig basis and gigs have been scarce. Artistes are in debt. We have rent arrears, people have relocated to villages…,” Rehema Nanfuka, a poet, theatre and screen actress, said.
She was one of four panellists to discuss the theme. Elizabeth Mbabazi, a programme officer at Kuonyesha Art Fund, said artistes need to adapt to the world as it evolves.

“How do we transform ourselves to stay relevant, present and remain sustainable? As a sector, artistes have struggled and they have had to look within themselves for some of that resilience. Thankfully, it is something that comes with the DNA of artistes. From the birth of someone’s career, they struggle with an idea. With Covid-19, artistes have to innovate and adjust and adapt to the changing times,” Mbabazi observed.
According to the commissioner, Culture and Family affairs in the Ministry of Gender, Juliana Naumo, World Culture Day allows ideas such as Mbabazi’s and Nanfuka as a way of taking stock of the contribution of culture as a tool of development. 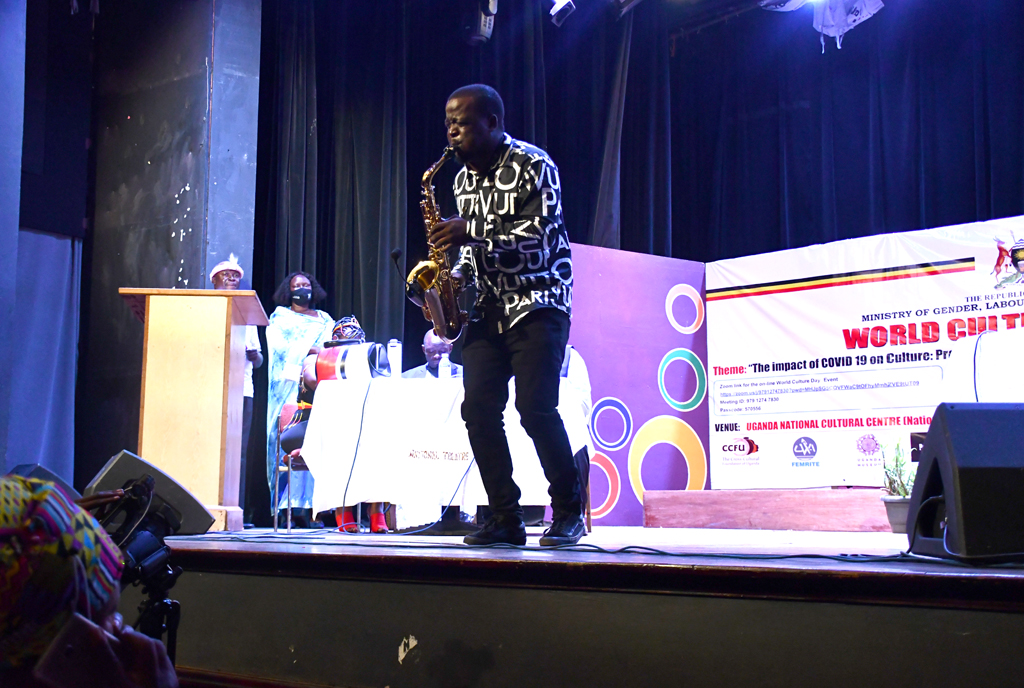 At the event, newly sworn-in Member of Parliament Rachel Magoola performed an acapella of her all-time classic, “Obangaina”, before assuring the select audience in the National Theatre auditorium that she would use her legislative authority to support the arts to which she owes her fame.
Saxophonist Michael Kitanda awed the audience with three songs, the most popular being a rendition of veteran singer Frank Mbalire’s “Sirikusuula”, which got artistes Joanita Kawalya, Julie Ssesanga, Diplock Ssegawa, Halima Namakula, Ragga Dee, Robert Musiitwa, Aloysius Matovu Joy, off their seats and onto stage to sing along and dance.

World Culture Day which falls on May 21, was gazetted by the United Nations for countries to reflect on their traditions and values. The Ministry of Gender, Labour and Social Development, estimated that the sector lost Shs15b within a period of one month following the lockdown in March 2020.
A survey by Unesco found that every six to seven youth out of 10 graduates from university were joining culture and creative industries and thriving more in low income settlements.

Forgotten
According to Charles Batambuze, the Culture and Creative Industries sector is marginalised. “Culture like defence is the heart of Uganda! Art organisations such as the National Theatre need to be well facilitated to provide quality services to artistic development.”