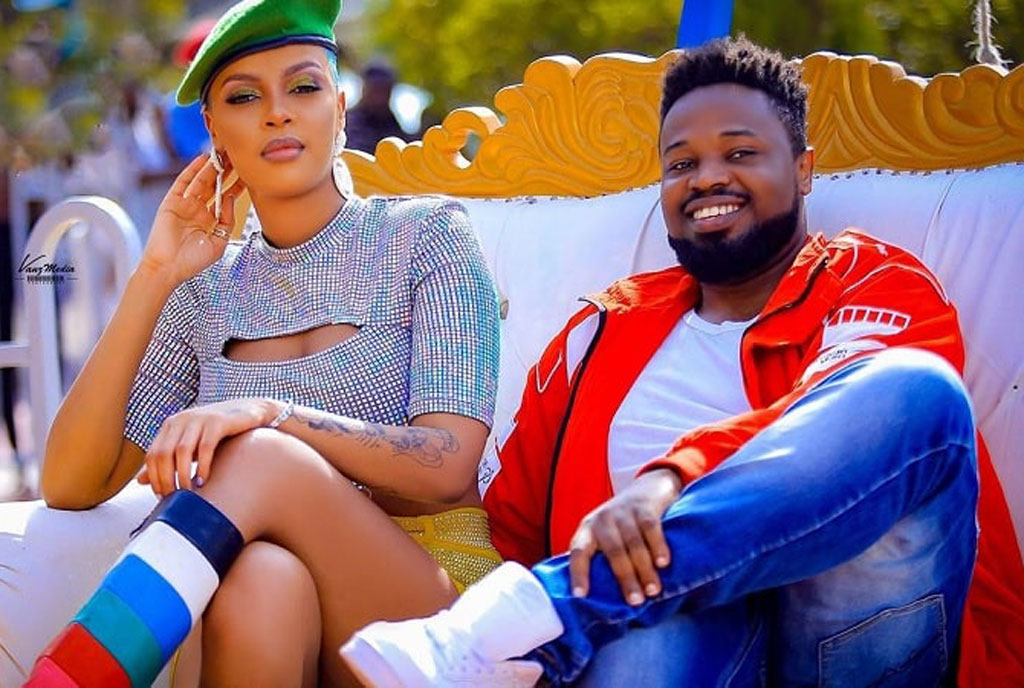 They say there is no smoke without fire, last week reports emerged that Daddy Andre and Nina Roz had broken up. However many people came out to say that the couple was staging a stunt to promote Nina Roz’s new song and Andre’s collaboration with Shakira Shakira.

The latest updates indicate that the Black Market Records celebrity couple’s relationship is actually in a dilemma following the information Daddy Andre shared in a leaked voice note.

In the leaked voice note, a voice believed to be Daddy Andre’s is heard accusing Nina Roz of having wanted to ride on the Angella Katatumba saga to reclaim her position in showbiz hence adding that she was not ready for a serious relationship.

In the audio, the person believed to be Andre likened Nina Roz to Katatumba since Andre dating the latter had worked in her favour after they released ‘Tonelabila’.

“I trusted her very fast because she was already my friend but I think she wanted to use me like Katatumba to gain fame,” he said.

Going by the leaked voice note, Daddy Andre further accuses Nina Roz of relapsing to her old ways of using drugs before telling the other person on the line that it’s not good to expose bedroom matters in public.

Andre further distances himself from allegations that he used to beat and torture Nina Roz as the rumors stated initially about their break up. He notes that the allegations were aimed at tarnishing his name. He is grateful that however much they have tried to put him down, he is still standing strong.

Andre said that bloggers know that he has done everything in his power to help her even when it meant putting his career on hold.

“I was told by many of my friends that I wouldn’t manage Nina because she is a “mubanda” to the extent that they brought evidence but I didn’t listen to them,” Andre laments.

Andre says that even though she continues to try and put him down, God has got his back which is why he is just going higher and higher.

It is clear that the two are having disagreements within their relationship.