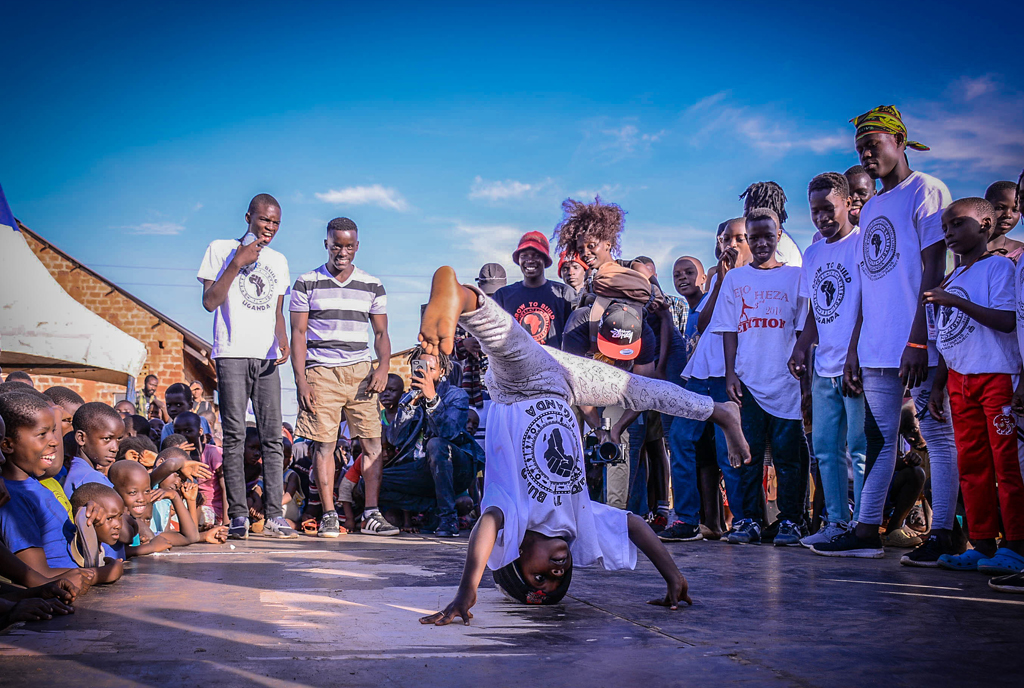 Art has greatly been defined as the way of life. Well as some use art to heal, others use the descipline to change lives. This is the story of Sisa MC, a body movement and spokenword artist using lyrics and moves to change his society.

When he dropped out of school for lack of dues, Sisa MC found refuge in Hip Hop activities among various youth communities. Today, in Kawempe Mbogo, Kampala where he resides, he is using his art to impart knowledge and life skills to children in his environs.

Sisa MC, real name Peter Sean Wasswa, is an ‘underground hip hop’ artist with a penchant for exuding and promoting local traditional cultures. He fuses hip hop, an African American culture and art movement with local traditional music, a combination that aids him to open children’s minds to their creativity, and helps them to develop knowledge, skills and confidence to succeed in school and everyday life.”

With instruments like engoma, Sisa MC goes to communities and schools to teach children various artistic attributes including poetry, break-dancing and beat-boxing.
A wordsmith, he loves delivering rhymes in the native Luganda. When he gets on the microphone, his lyrics are always about social issues such as sanitation, health as well as social justice. But beyond his dance moves and lyrics, he was born in 1993. Sisa MC, 28, grew up in Kawanda, Wakiso District. He says it is during his primary school at St. James Buuzaabalyaawo Primary School, Kiwanda that his passion for dancing started, influenced by US fallen popstar Michael Jackson.

Inspiration
In high school at St. Paul Senior Secondary School, Kawanda, he would dance, rap, and mime at parties. “It was always fun being on stage and getting some money, but above all, students loved me for entertaining them,” he recalls.
This, Sisa MC says, inspired him to improve his artistic skills. When he dropped out of school after Senior Four, he joined youth groups such as Galaxy Dance Project in Kawempe and later Break Dance Project Uganda in Nsambya. This is where he met various talented youth from whom he learned more elements of Hip hop.

“Every evening, we would meet and practice b-boying, emceeing, beat-boxing and other elements. After practice, we would talk about life and share what we have learnt,” he says.
He has since carried on this trait, that although his students get important lessons in the fables of the poetry they recite with him, Sisa MC says, he talks with them about their ambitions and desires in life. 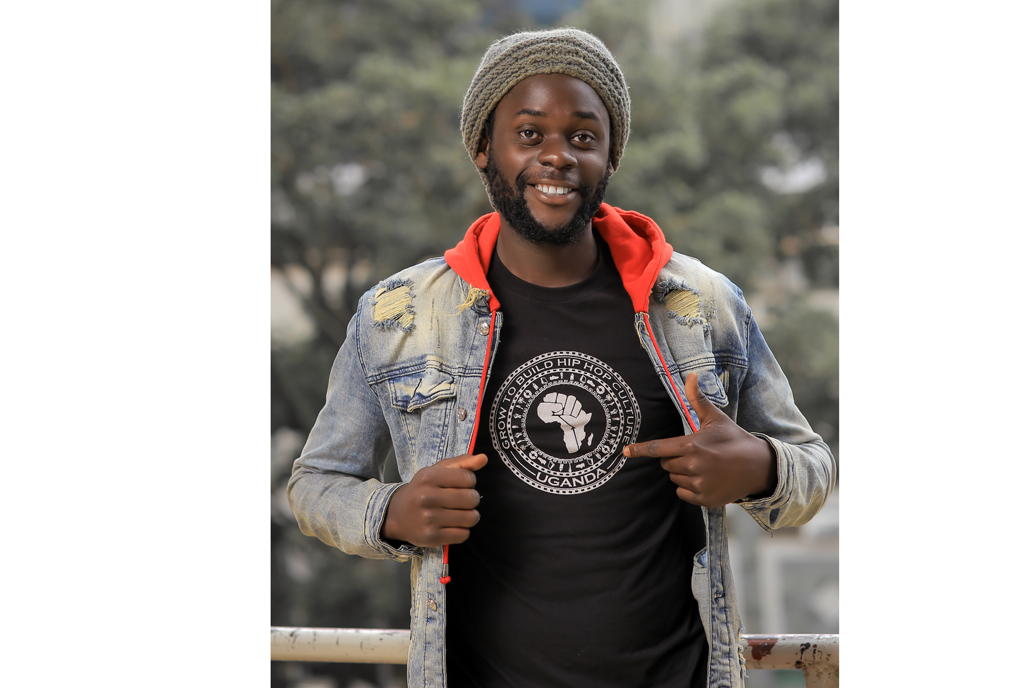 Growing to build
In 2016, he started the Grow To Build Uganda, an organisation through which he works. He invites fellow artists to educate the children at various occasional outreaches. When he arrives in a community, for an outreach, children join at will. He has requested schools to train music for free.

Through the organisation, he organises the Afro-gala Cypher, a bi-annual event where children and students showcase what they have learnt in the different outreaches. Happening at Kawempe Mbogo Zone, in an open community space, the latest edition took place on April 4, 2021. He also organises the Hip-Hop and Hope event.
Henry Kaddu, the director of Mbogo Grammar Primary School, Kawempe, says Sisa MC’s outreaches have helped his students to develop talents especially playing music instruments. He says, because these music talents have proved to be good career choices, the skills students get from the artiste prepare them for the future.

He explains that Sisa MC’s sessions also help to break the monotonous streak of lesson after lesson. “It stimulates their minds. Some students learn through environments like music,” Kaddu says.
Besides acts by his students at various arts events, Sisa MC has performed at Breakfast Jam, Nyege Nyege, and Bayimba Festival of the Arts.
editorial@ug.nationmedia.com