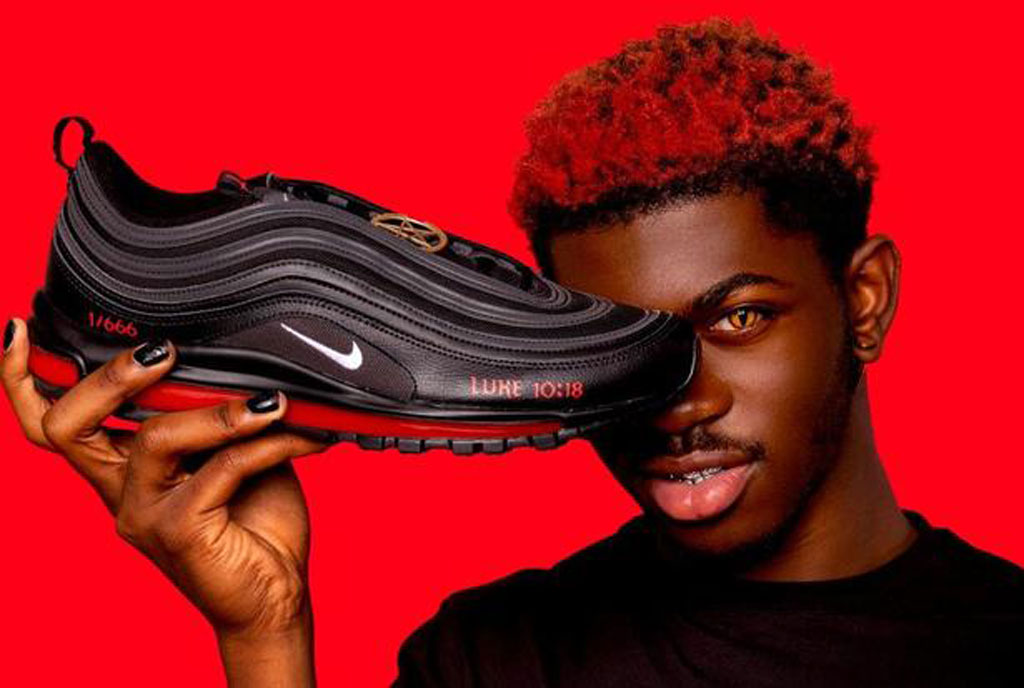 Nike is suing Brooklyn art collective MSCHF for their Satan Shoes that dropped a few days ago over a controversial pair of “Satan Shoes” that contain a drop of real human blood in the soles. It has asked the court to stop MSCHF from selling the shoes and prevent them from using its famous Swoosh design mark.

“MSCHF and its unauthorised Satan Shoes are likely to cause confusion and dilution and create an erroneous association between MSCHF’s products and Nike,” the sports shoe giant says in the lawsuit.

MSCHF released 666 pairs of the shoes on Monday in collaboration with rapper Lil Nas X and says they sold out in less than a minute. MSCHF “dropped” the black and red shoes on Monday, coinciding with the launch of Lil Nas X’s latest song Montero Call Me By Your Name, which debuted on YouTube last Friday.

The song sees the rapper, who came out in 2019, celebrating his sexuality while rejecting society’s attempts to shame him. In the heavily stylised video, he slides down a stripper pole from heaven to hell before dancing provocatively with Satan, then snapping his neck and stealing his horns.

The imagery and the shoes both reference the Bible verse Luke 10:18 – “So He told them, ‘I saw Satan fall like lightning from heaven’.” 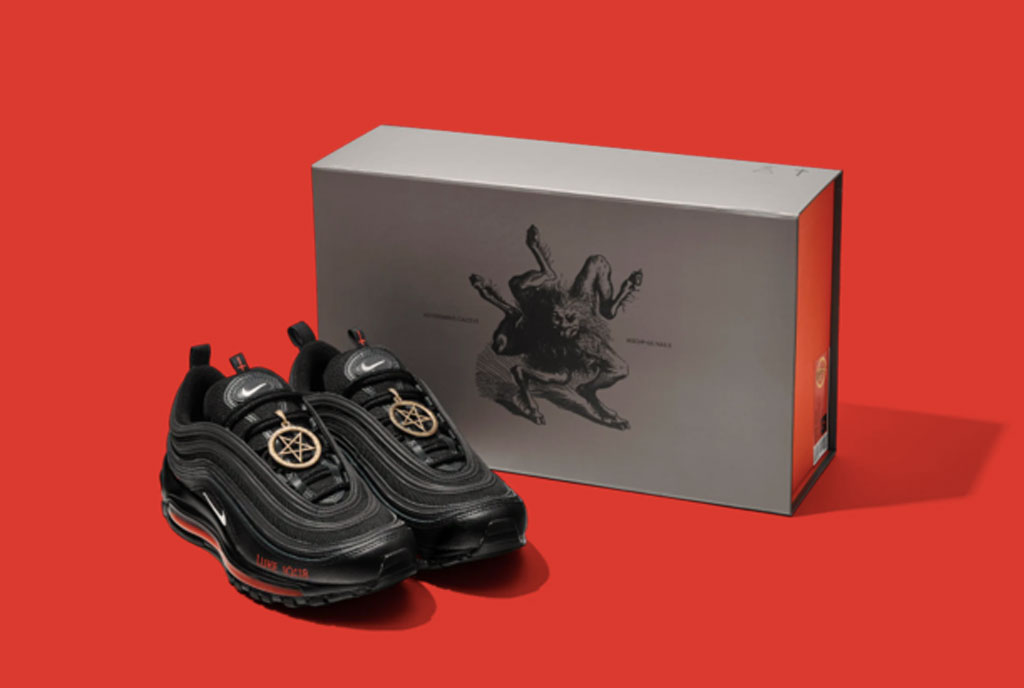 In its filing with the US District Court for the Eastern District of New York, Nike said it did not approve or authorize the customized Satan Shoes.

“There is already evidence of significant confusion and dilution occurring in the marketplace, including calls to boycott Nike in response to the launch of MSCHF’s Satan Shoes, based on the mistaken belief that Nike has authorised or approved this product,” it said. 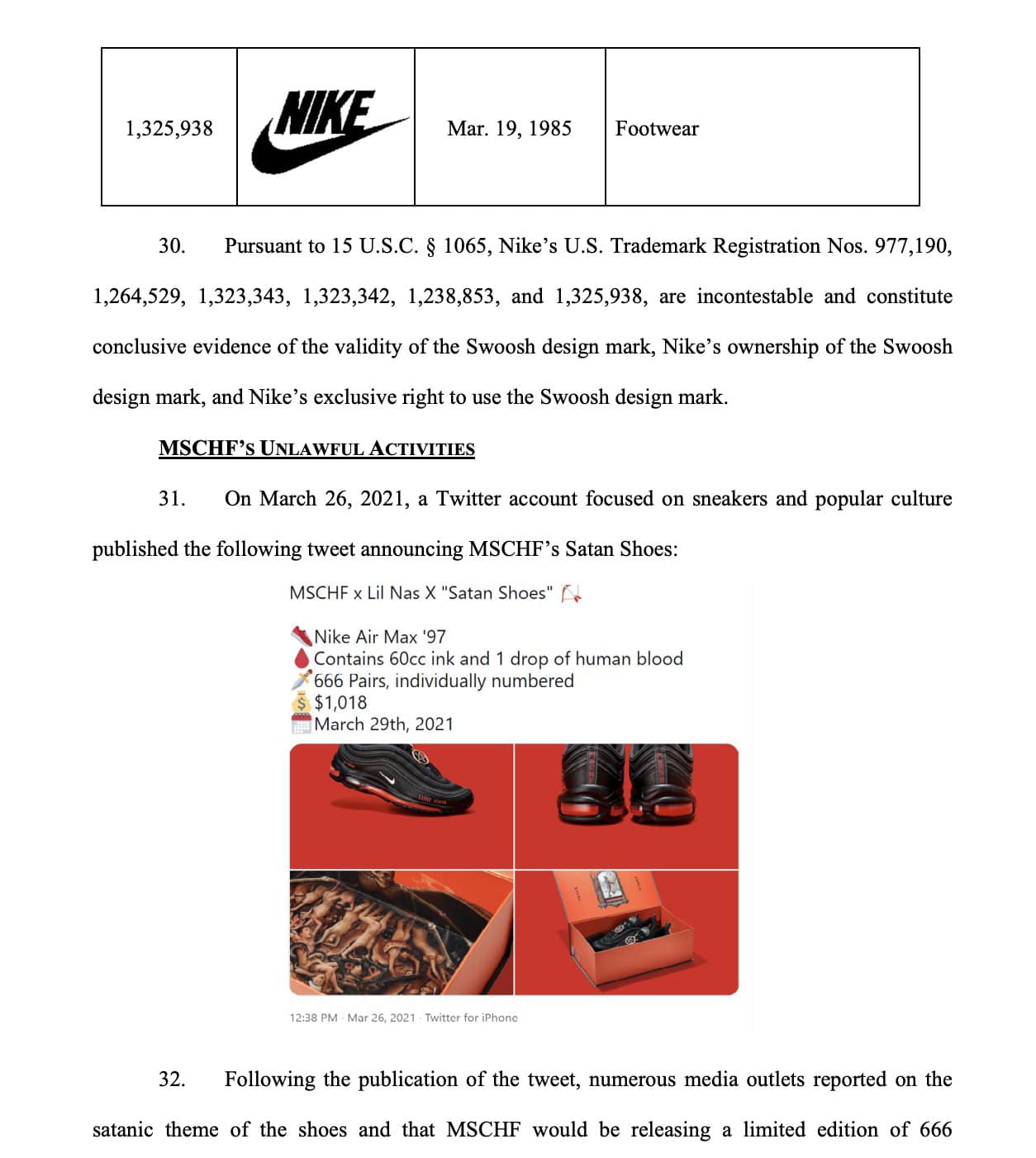 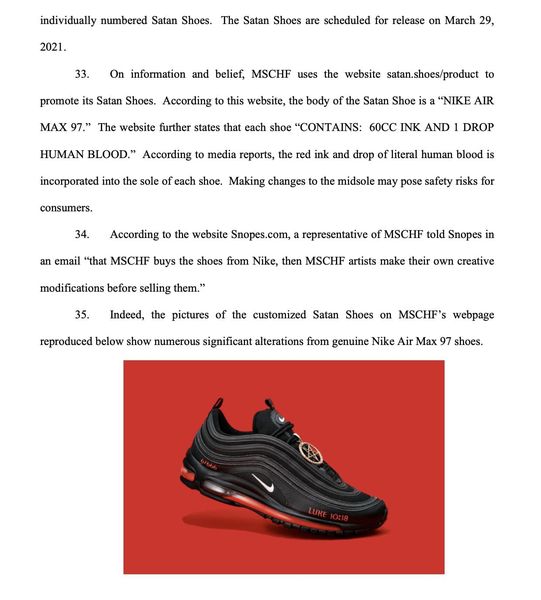