A taste of Ghana in Uganda 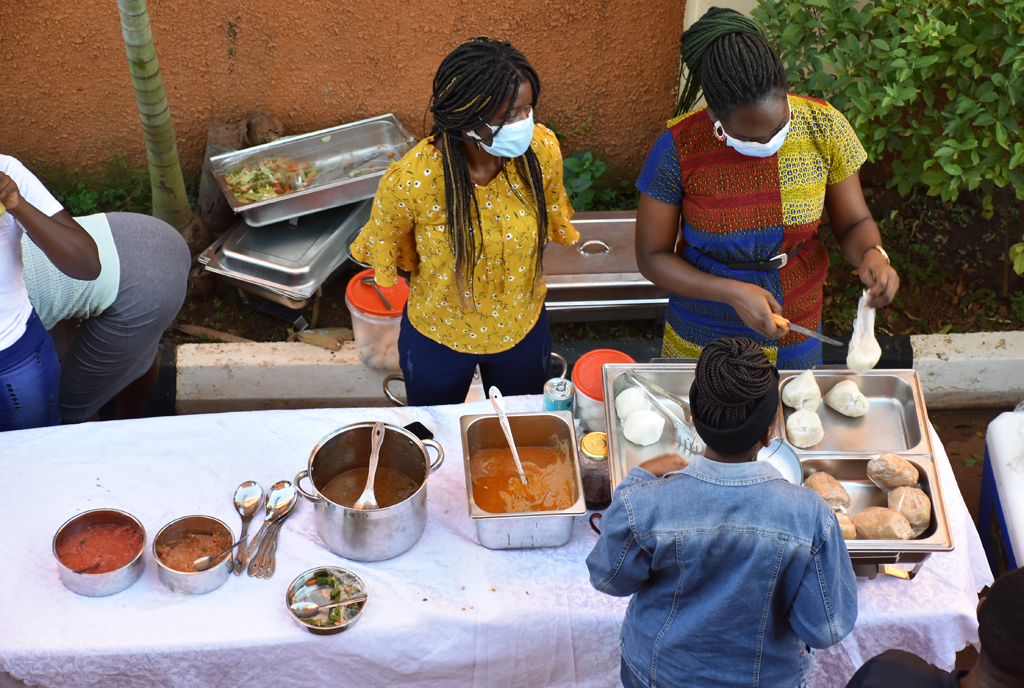 Some of the chefs that showcased their Ghanaian cuisine doing their thing at the festival. PhotoS/ PROMISE TWINAMUKYE

West Africans love their food and on Saturday, three partners teamed up to bring a taste of Ghana to Uganda as they nursed nostalgia as well as treated food adventurers to their local cuisines.

Saturday was a feast as more than 100 people from different countries mainly Uganda, Ghana and Nigeria turned up to enjoy Ghanaian cuisine at Sprouts of Water head offices in Nsambya.
They were revelling at the first Ghanaian Food festival, which was set up by three Ghanaians who were on a mission to expose the Ghanaian food culture to Ugandans and Ghanaians living in Uganda.

Among the foods that were served was the famous jollof, a special rice that spiked a war between Ghana and Nigeria on whose rice is better. Jollof wars in the two west African countries have gone on for quite some time now and each country will always defend their way of cooking the spicy dish.
Emmanuel Emeka, a Nigerian businessman working in Uganda, said one can only tell the difference after tasting both dishes.

“The opinion primarily arises from one’’s preferences. After all, one man’s meat is another man’s treasure,” Emeka, who had come along with two friends, said.
The reddish one-pot dish is prepared with rice and tomato sauce with alternative ingredients that slightly vary per country.
Apparently, if you do not eat chilli, you have to clarify that you want jollof completely without chilli. Otherwise, you may fail to devour the dish. This is because chilli is one of the primary ingredients in making the dish, considering the consumption of chilli in most West African countries. 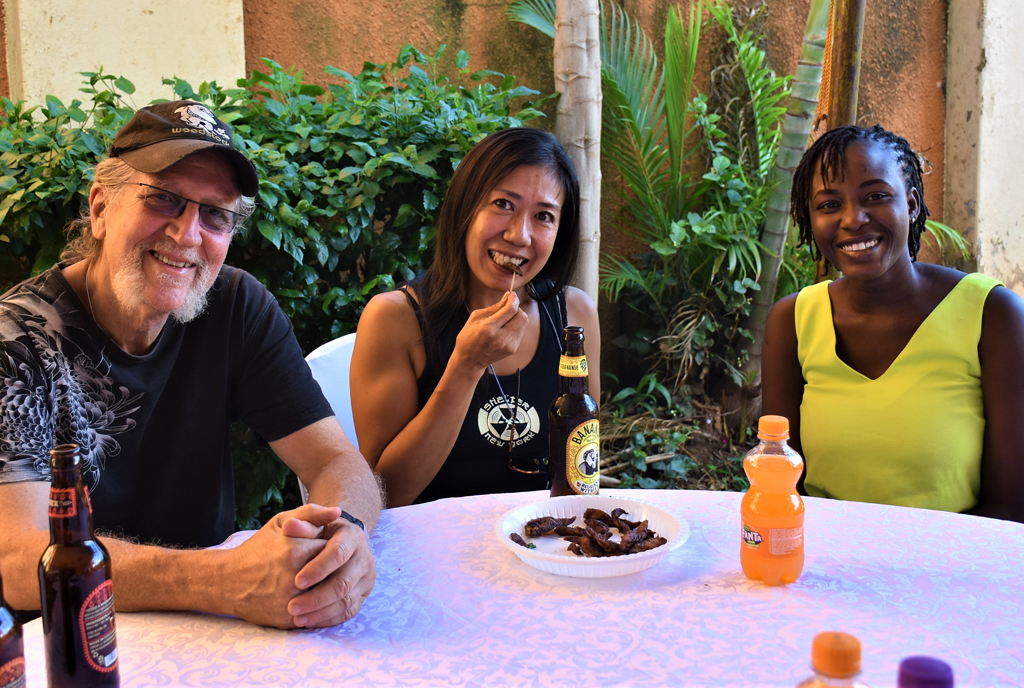 One reveller was overheard complaining about the chilli in the rice and when the chef was asked, she said she added only a little amount of so it would not be too spicy.
Micheal Nimoh, one of the organisers of the event, said although jollof does not originally come from Ghana, it is a national delicacy that almost every tribe has in common.
“When people talk about West African food, the first thing that comes to mind is jollof rice. Any event without jollof rice in Ghana is not considered a success. That is why we made it the centre food for people to know what it exactly means,” Nimoh said.

Apart from the jollof, there were other dishes and soups such as stew prepared with cowhide, traditional dishes that are best devoured with hands such as rice balls, banku (a fermented cassava dough-like bread), among other foods.
Nimoh said the festival was a success because not only did they hit the target of people attending, there was also food left, which means everyone was satisfied.

Based on the feedback he received, Nimoh is thinking of making the festival more of a family event with child-friendly food. They also expect to do it at least twice every year to create more exposure to more people.