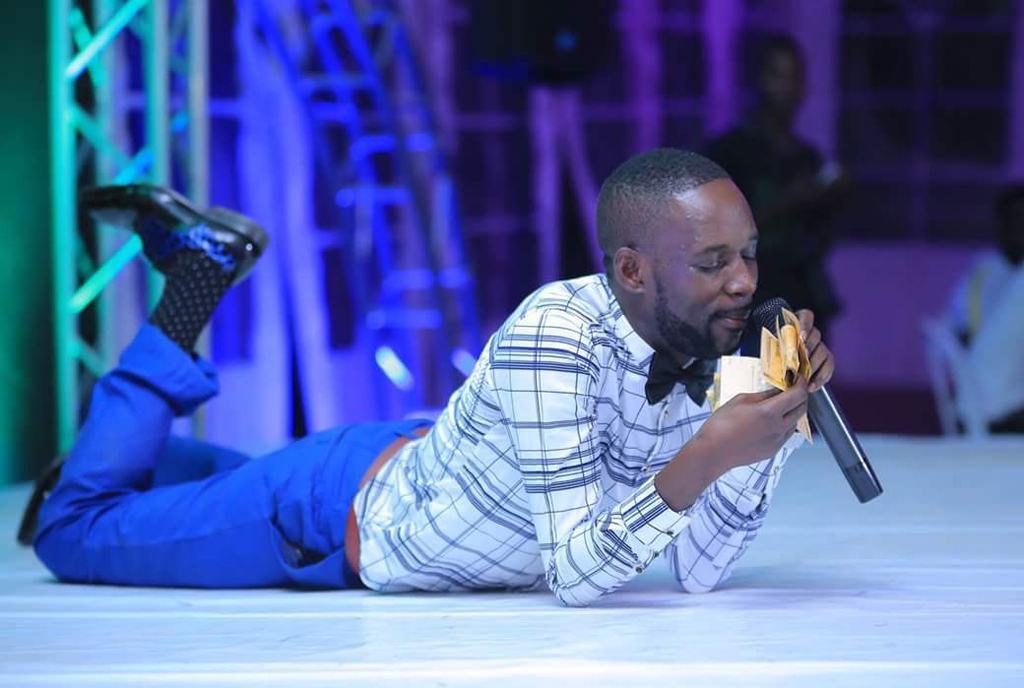 Last week, Senegalese-American singer Akon jetted into the country with his wife and some few personages and among the people that welcomed him was Eddy Kenzo.

The Sitya Loss singer was seen having a chart with Akon which raised hopes that he might even land a collaboration with the Konvict CEO but that is a story for another day.

Recently, city comedian Mc Mariachi appeared on Spark TV and requested that since Kenzo has access to Akon, he should notify him about Evelyn Lagu’s health situation.

The comedian further asked Kenzo to do everything possible to have Akon contribute to Evelyn Lagu’s kidney transplant drive.

Mariachi added that if Kenzo failed to explain the details in English, he would have to at least use a placard with drawings to ask for assistance from the singer.