Bobi Wine disappointed with URA, distances self from post asking for help from public 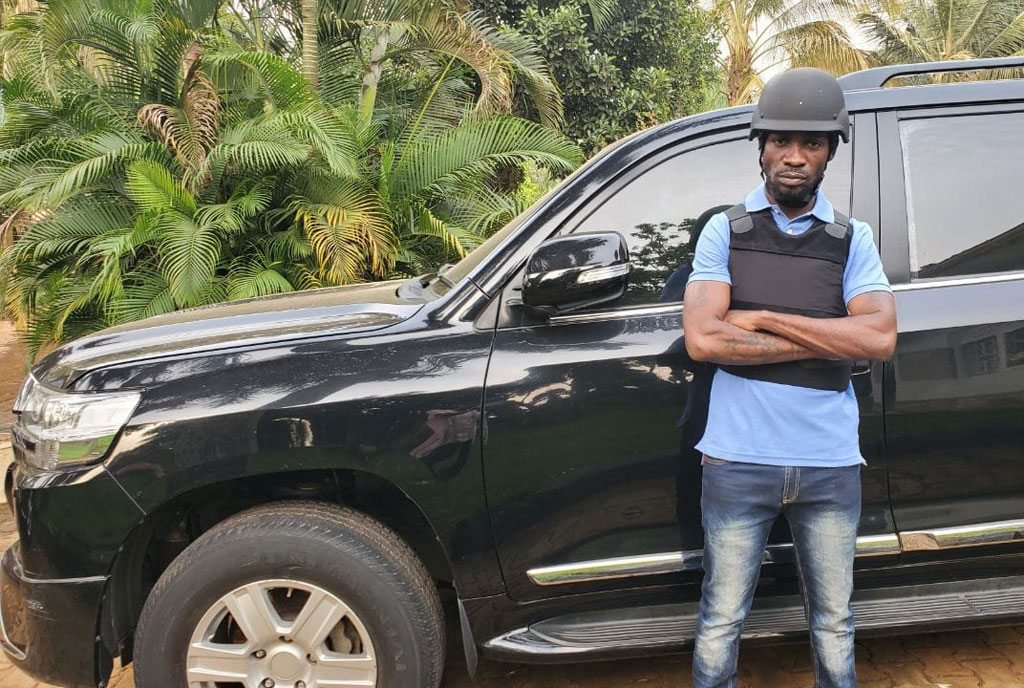 After weeks of inspection, Uganda Revenue Authority has confirmed that Hon. Kyagulanyi Ssentamu Robert’s vehicle is armored. The tax body has ordered Kyagulanyi to pay over Shs300M, as tax payable for his vehicle.

“Following the re-examination of your client’s motor vehicle, Toyota Land Cruiser V8 Reg. No. UBJ 667F; It was confirmed that the unit was armored. The ballistic protection was confirmed as a 90mm for the window upper plate glass and a 6mm for the bottom hull,” reads part of the document from URA. 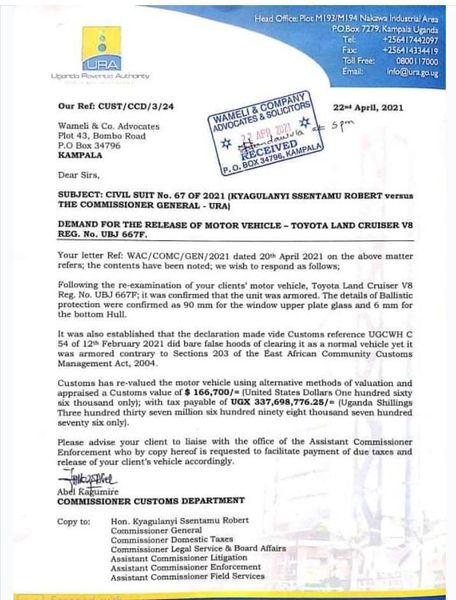 This hasn’t gone down well with the former presidential aspirant who aired out his disappointment with the body.

“In yet another shameful move, Uganda Revenue Authority (URA) has written to us today requiring me to pay 337,698,776.25/= (Over three hundred million Uganda shillings) for the vehicle which came into the country legally and was cleared by all relevant agencies. The vehicle was taken to the Directorate of Interpol in Kololo and they cleared it. It was then taken to the forensics department of police in Naguru, and they too cleared it. Then we took it to URA and they did their independent verification and levied the relevant tax which we paid. It was only when we transferred the car into my name that they began looking for fault and did not find any. At first, they claimed that armoured vehicles require clearance by the Ministry of Defence. But there was no law to back their outrageous claim. That is how they said it was undervalued. We understand they quickly moved and sacked, demoted, or persecuted all URA, Interpol, and Police staff who did their job and cleared this vehicle. For no reason whatsoever, they punished them for not knowing that the car would end up in Bobi Wine’s name! Others were summoned by CMI for interrogation!” posted Kyagulanyi.

In yet another shameful move, Uganda Revenue Authority (URA) has written to us today…

URA, therefore, advised Kyagulanyi’s lawyer’s to liaise with the office of the Assistant Commissioner Enforcement who by copy is requested to facilitate payment of due taxes and release the vehicle.

Meanwhile someone posted on a fake Bobi Wine twitter account asking for help to raise the money.

Bobi Wine distanced himself from the post saying it was someone trying to extort money from the public.

He posted, “My attention has been drawn to some unscrupulous people who are trying to take advantage of the URA challenge to extort money from the public. Please note that this and such others are not sanctioned by us. We are still studying this unfortunate step by the regime and we shall inform you on the way forward.”