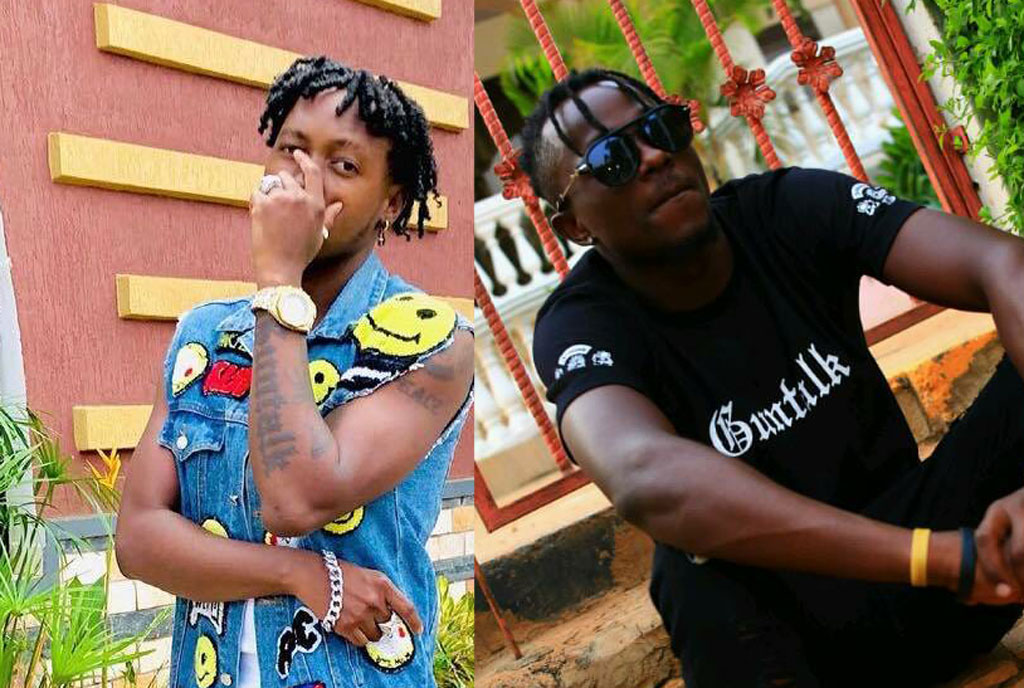 Ugandan dancehall artiste Beenie Gunter has not been seeing eye-to-eye with his former manager known as Ibrah K after they bitterly separated over a year ago. Before that, they had been close friends, living under the same roof and working together as brothers.

The split came after the singer signed to Talent Africa and got assigned to another manager. The real reasons behind their split remain known to them alone but it is believed that Ibrah has never moved on.

It is however believed that the former manager is reported to have been the brains behind numerous accusations against Beenie Gunter in recent months.

Ibrah was asked to hand over control and the passwords to Beenie Gunter’s accounts to which he seemed reluctant.

Talent Africa then threatened to sue Ibrah if he failed to produce the money he had stolen from their singer’s accounts because messages showing proof that he had withdrawn money from his bank accounts were available. Upon noticing that he had been cornered and was about to even face jail time, Ibrah escaped from the Talent Africa offices.

Information reaching the Sqoop desk indicates that Beenie Gunter has sued over claims of fraud and withholding his accounts logins.

According to Beenie Gunter, upon their split, Ibrah handed him his social media logins but later hacked them. He alleged that Ibrah has been stealing his social media earnings using logins.

“When we separated in March he gave me my logins but hacked them. That was my source of income as an artiste and it took me four months without me figuring out what to do next. I only had to use my Instagram to write to Tune Core who helped me to log in. When I got into PayPal, I found the account was in his name and he was taking my money,” Beenie Gunter told Spark TV.

Before their fallout, Ibrah had been managing Beenie Gunter since 2014. They had been together for six years.