Music and a play to fight early marriages

Affiliation: It may not just be a Ugandan thing to want to associate with good things, but after how much we were all fighting to claim Daniel Kaluuya following that Oscars win, we might just have won the medal! Andrew Kaggwa recollects some of the times we have tied on famous people. 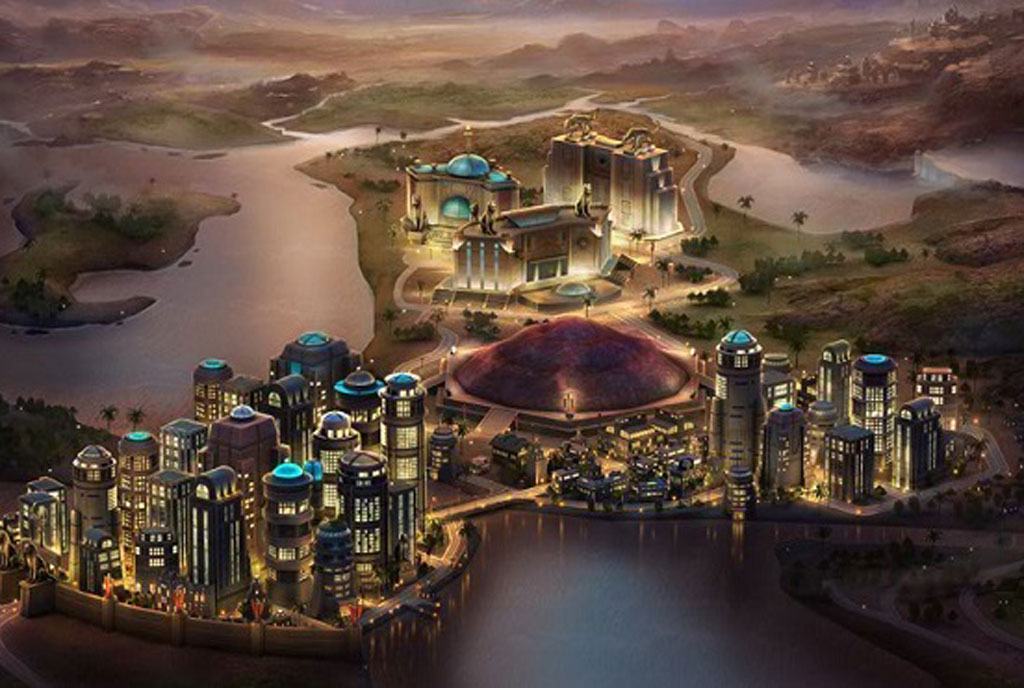 The excitement of winning or possibility of winning an Academy award or even a Grammy Award did not simply show up on Monday morning. It is a situation Ugandans have been in, a number of times.

And it is somewhat understandable. Think about it. At times very little happens at home where people are busy releasing songs with lyrics they too cannot articulate or an industry where for two straight days, the public is talking about the body odour of some teenage dancers rather than their body movement skills.

This kind of setup probably reminds us that in the arts, we have settled for mediocrity at home and thus, will dedicate ourselves to downloading our cultural pride from elsewhere.

So when did our search for an Oscar begin?

Probably in 2006 when Tsotsi, a South African thriller, won both the Academy and Golden Globe for Best Foreign Language; it was a big deal that many Ugandan dailies had a story about that win in their society pages.

Not just have an Academy award, we could win the Grammy Awards, Superbowl, Champions’ League, World Cup and even own expensive movies, blockbusters. The twist in our fantasy was that we want to do all this without doing a single job.

You could say the part we play in this is to affiliate. For instance we could say, “I rubbed shoulders with Forrest Whitaker who was a star in Last King of Scotland co-star in Black Panther and starred in The Butler alongside Oprah Winfrey, do you get my drift? I kind of know all those people through Forrest.”

Like children seated by the roadside claiming cars whose number plates they could hardly recall, Uganda has since mastered the art of claiming things above their pay grade.

Look at it this way, there was a time our national team played international tournaments in Italian football club, Inter Milan’s kit, it even had a kit sponsor displayed on the chest, then we switched and played in a German national team football kit.

Apparently, since their flag is black, yellow, red in a different order, we were determined to get away with it.

That is the thing about us. When we want things, we don’t just wish them, we try to own them in a rather serious way, never mind if no one is taking our seriousness seriously.

In 2017, something happened. Actor, filmmaker and sketch comedian Jordan Peele made a directorial debut. This was with a horror film, Get Out, casting Alisson Williams, LaKeith Steinfield, Stephen Root and Daniel Kaluuya, among others.

This was Kaluuya’s breakout role and as you may know, a Ugandan connection was made and we owned him. 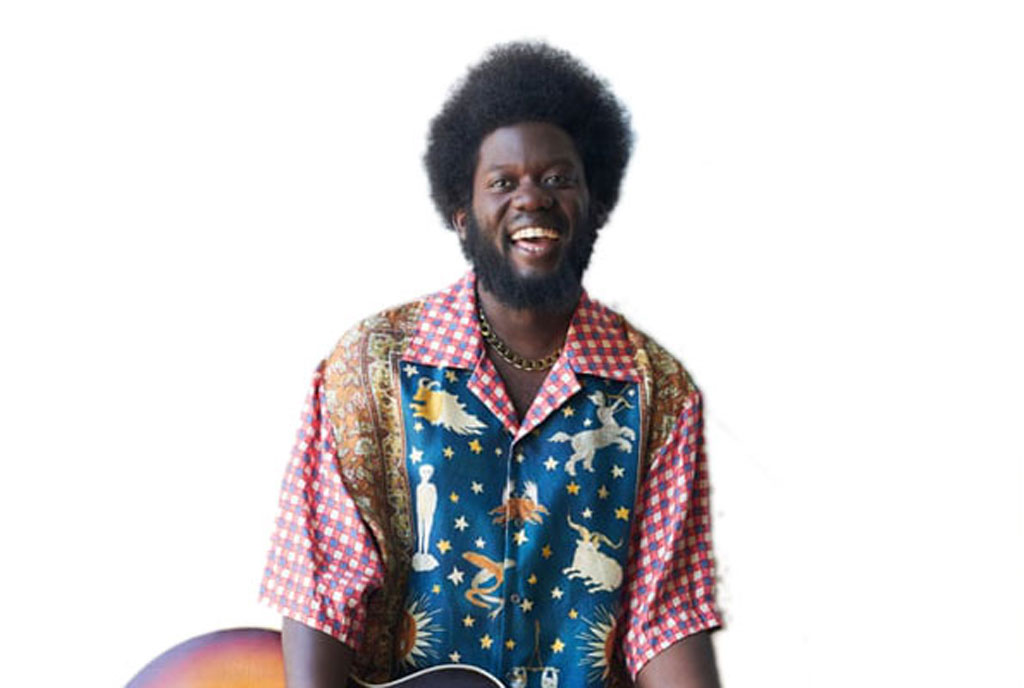 A section of Ugandans tried to own this one and another section was like Apaana. Well Kiwanuka is a soul artiste, he is not your ordinary soul like Alicia Keys, India Arie, Maurice Kirya or Kenneth Mugabi. He is Otis Redding, Ray Charles, Sam Cooke, D’Angelo or Amy Winehouse.

His music may easily be missed by a regular Ugandan music consumer, including the lot that turns up for the annual Jazz Safari.

So, while a section of Ugandans claimed the British singer, there were many that were playing catch up. Even the radio presenters that tried to say a lot about him did not seem to get a hold of what he really does because they do not really play soul or blues.

Nevertheless, there was some sort of excitement when he won the BBC Sound of 2012 and later the Mercury Prize for his 2020 album “Kiwanuka”.

But we are Ugandans, with his stellar career and the crowd he keeps, Adele, Sam Smith, Ed Sheeran, among others, he will go past that Grammy nomination from the 2021 edition to winning it. Then we shall collectively want our son back.

Talking Kiwanuka, there was a group claiming American former National Football League (NFL) player Mathias Kiwanuka, we did not help their cause because we do not understand American rugby….sorry football. 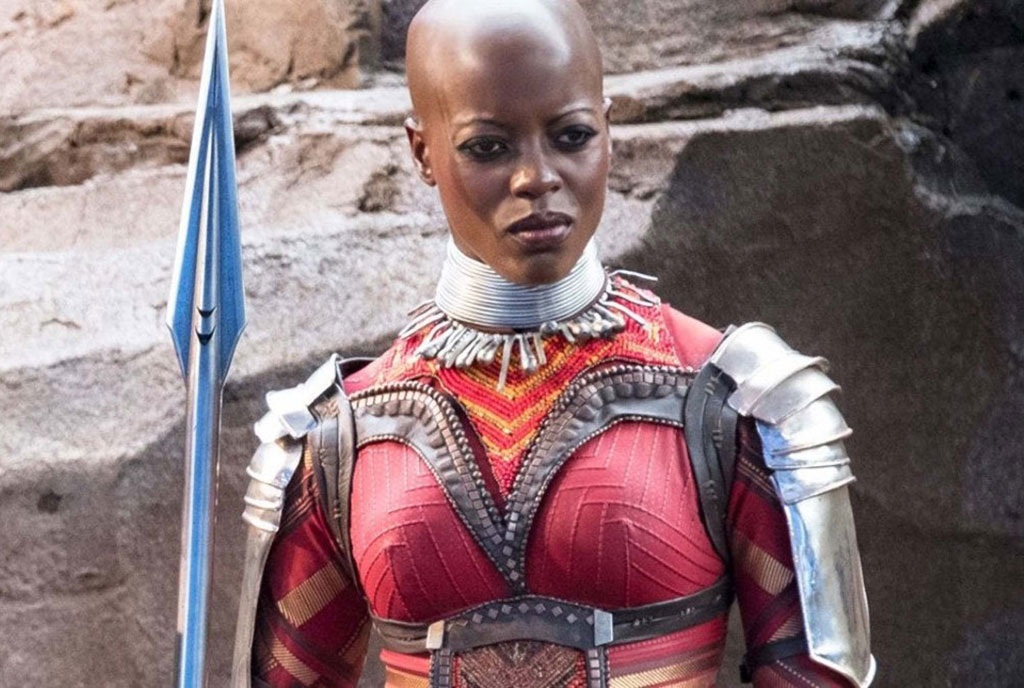 Ms Kasumba was born in Uganda but spent a better part of her childhood in Essen, Germany.

Kasumba has made such a splash in Germany, appearing in many films there thanks to the fact that she is fluent in both English and German.

But like it is in all European countries, people leave their countries for America to push for the Hollywood dream. Kasumba has been splitting time between German and American film crews and for some, it is working.

Kasumba has in the past worked on many TV shows such as Dominion, Emerald City, which is an adaptation of Wizard of Oz, and she was the wizard, then The Quest. But Ugandans did not watch all these, or they simply looked at some black woman going about her work.

Then 2016 happened, Captain America: Civil War was released and at the end of it, there she was introducing herself to the world with six bold words.

“Move or you will be moved,” her character Ayo, a guard to the king of Wakanda tells Black Widow, an Avenger.

It only took a few weeks for Ugandans to realise they had penetrated the Marvel Cinematic Universe, they celebrated her. Then there was the release of Black Panther, Wonder Woman where she still appears as an Amazon warrior, The Lion King and of late Falcon and The Winter Soldier.

If you watched Falcon and the Winter Soldier, you definitely know what Ayo is capable of when you refuse to move.

People can be all over her on social media, apparently “our girl is holding it down.” 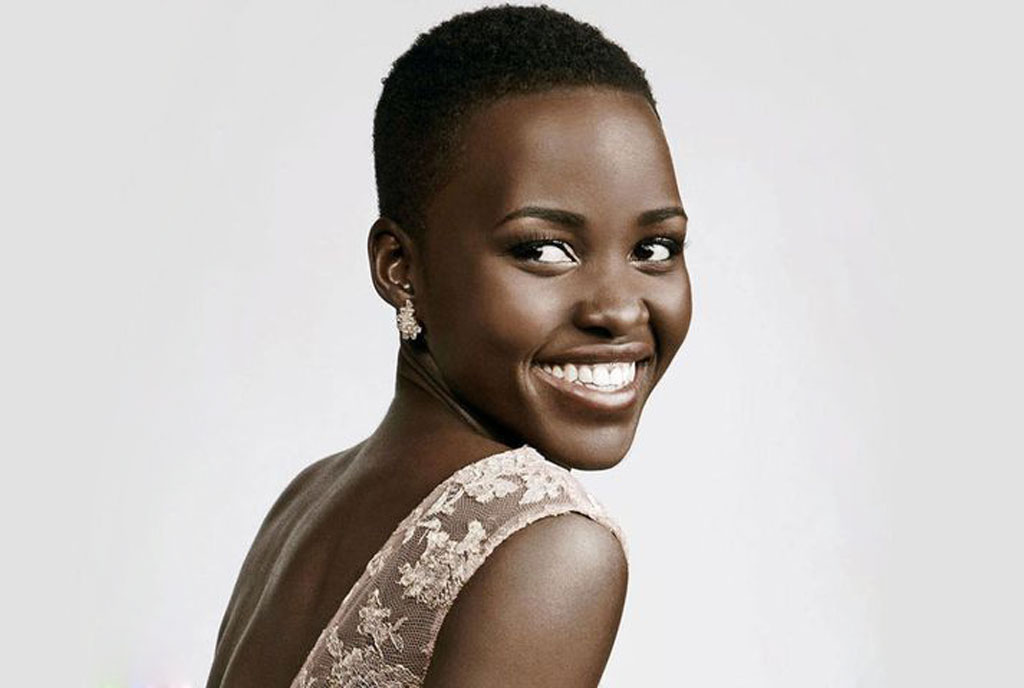 When Lupita Nýongo won the Academy award for Best Supporting Actress for her role in 12 Years a Slave, a group of Kenyans claimed Kenya was wrongly claiming her since she had been nominated as a Mexican actress.

But in all this mix, there were Ugandans planning a Lupita heist, the plan was to steal her from both Mexico and Kenya. They showed up with a story that talked of Lupita’s humble beginnings in the film industry with Maisha Lab in Kampala.

The stories were factual but did not rub our East African friends right. It’s not surprising on Monday they were tweeting about Daniel Kaluuya as a Kenyan actor.

Black Panther and Queen of  Katwe

For Black Panther, it started with a teaser, it opens with Andy Serkis’s character Klaw talking to CIA agent Ross; “Tell me something, what do you know about Wakanda?”

It was a simple way to get the trailer started but was truly misunderstood. Some people heard Uganda, others Buganda… those are Ugandans and their mysterious ears.

Then Kaluuya and Kasumba were in and if that wasn’t enough, a number of aerial shoots were done in Uganda.

For Queen of Katwe, it was about a Ugandan subject and a Ugandan story. The film features a number of Ugandan actors and international ones such as Lupita and David Oyelowo.

Plus, there is a whole lot of Ugandan music in this one. From Afrigo Band, Eddy Kenzo to Bobi Wine, how could you actually convince people it wasn’t a kina-Uganda when Bobi Wine’s Ndi Muna-Uganda opened it? 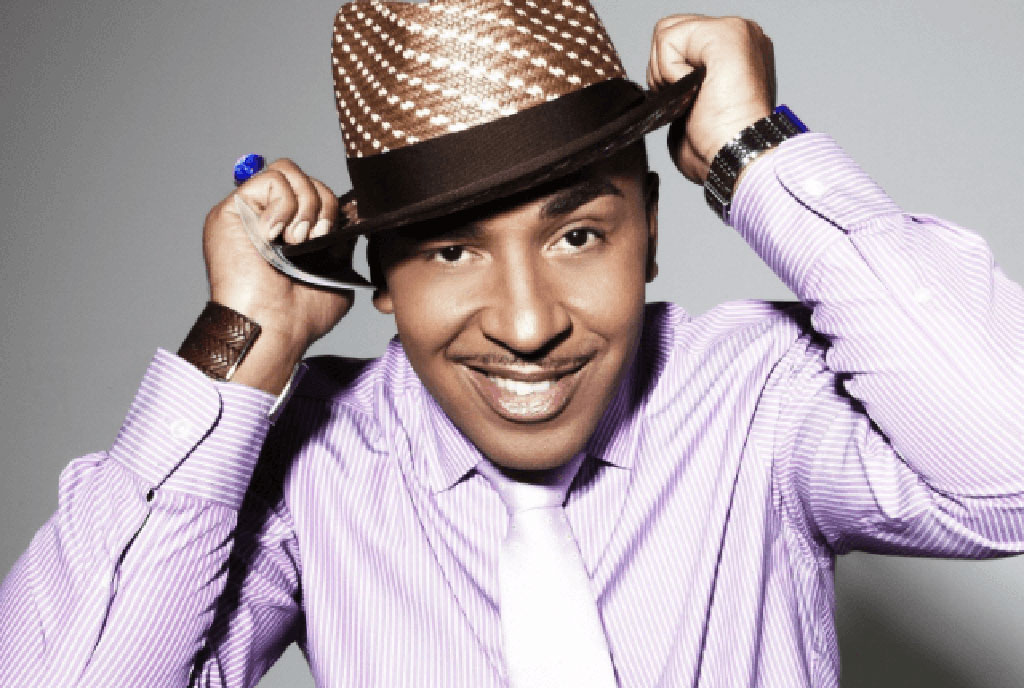 David Lubega, also known as Luo Bega, is a German singer born to a Sicilian mother and Ugandan father in Munich, Germany. He came into the limelight with his worldwide sensation “Mambo No.5”. The song that has the singer dropping names of his female lovers like, “… a little bit of Jessica in my life, a little bit of Rita is what I need….” was a remake of Perez Prado’s instrumental.

The song charted in Europe, reaching number one on many Billboard charts that it wasn’t surprising when Luo Bega bagged a Grammy Award nomination for Best Male Pop Vocal Performance against Ricky Martin’s “Livin Lavida Loca”, Marc Anthony’s “I Need to Know” and the eventual winner, Sting’s “Brand New Day”.

It is hard to prove if Ugandans in 1999 had an idea of who Luo Bega was before his runaway hit but at least there is proof we celebrated the success of “Mambo No.5” for months.

The song was on Jam Agenda every week and the presenter would never miss a chance to remind viewers that the person in the song was a Ugandan.

But then, songs do not last forever, new music came up and the world started listening to other people. Now, after God, fear Ugandans, they dumped their boy.

Luo Bega hit a few lows after that song, suffered a heart attack and did not perform for nearly two years but managed to make a comeback, at least in Germany.

Ugandans do not like local artistes though, that’s why you will hear so little about Luo Bega, even when his streaming numbers suggest he’s turning things up, he’s streamed at least three million times on Spotify every month. That’s huge. 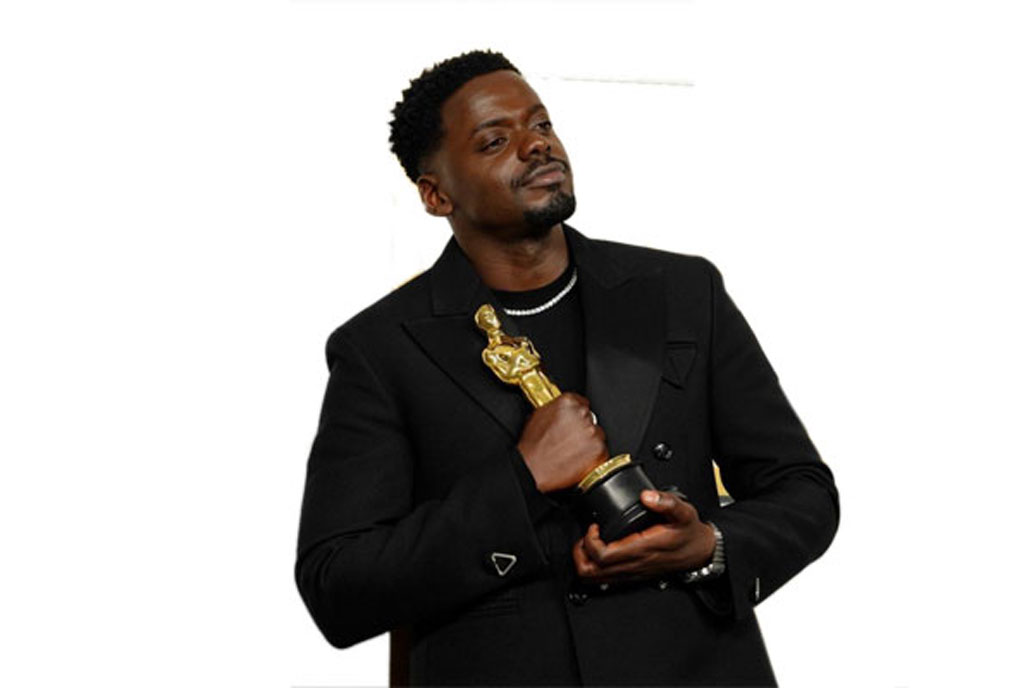 Do we have a choice? He is in vogue at the moment.

Daniel Kaluuya is our latest acquisition, but the truth is that we have been trying to own him for three years now.

We knew about the Briton at the end of 2017 for featuring in Get Out, Jordan Peele’s horror film. However, that film had been out for the biggest part of that year, plus, the man had featured in Sicario, Johnny English Reborn, Kick Ass 2 and Welcome to the Punch.

All these films had been heavily pirated and had such a presence on the Kampala streets, but at that time, no one was talking about the mysterious dark-skinned dude in them, thus we too let him slide.

Get Out did not get the Hollywood hype, and Ugandans usually watch hype. You know the kind of hype, like that movie where a giant monkey fights a giant lizard, yes, Godzilla Vs Kong, they are the kind of films Ugandans watch.

Get Out wasn’t, until award season at the end of the year – Suddenly, we knew about him and of course knew the name Kaluuya was from Busoga and thus, whether he liked it or not, he was ours. Now in such situations, we rarely care if we are his as well.

Then he was in Black Panther, Widows, Queen and Slim (he almost came to Uganda for this one) and finally, the career cementing role as Chairman Fred Hampton in Judas and the Black Messiah.

Besides talking about his parents’ sex life during his Best Actor acceptance speech at the Oscars, Kaluuya did give some shoutouts to his people in Kampala and London. And yes, he was dressed in a Ganda tunic at the premiere of Black Panther. Maybe that gives us the necessary go-ahead to own this black Duke….. That’s in case he marries into that British family in future.