A year of dance, happiness and entertainment

Dance Party: Not many TV programmes make it to their first birthday. Due to certain circumstances, they end up either being scrapped or run out of ideas to keep the audience hooked. NTV Dance Party’s story is totally different, in a good way. It has remained consistent week in week out giving the audience the best home experience during and after the total lockdown. Tomorrow, the show will be celebrating its first birthday, Isaac Ssejjombwe writes. 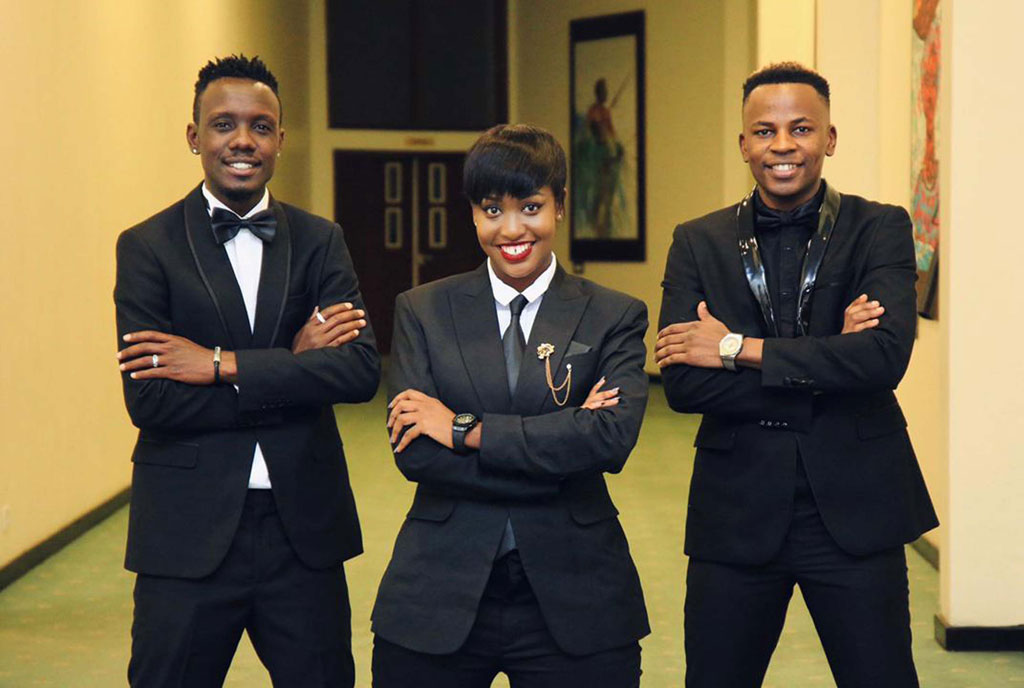 By this time last year, the President had given a directive of a total lockdown on the country. This he did in to prevent the spread of Covid-19. This meant no more partying, hanging out and drinking at bars, clubs and whatever other places we used to spend our evenings at. It was also around this time that Ann Nixon Nakawombe, the producer of NTV’s Da Beat show got an idea that she didn’t know would change the TV experience for viewers.

“So during the total lockdown, I was home on a Saturday night, very bored, thinking of how the world had suddenly came to a standstill. Thinking of when we would have our normal lives back, I asked myself a question: “where would I rather be on a Saturday night? Random answers came to my mind like, at a house party with friends or a musical concert or at club Guvnor. So I thought of how many people were stuck in their homes wishing exactly the same thing at that moment. Then I thought to myself.. Why not recreate the Club Guvnor experience on TV? And probably call it the house party or the dance party. So I got to office on Monday and during the producers meeting, I fronted my idea. I asked my boss to let us recreate Club Guvnor on TV. And it was done, sold and sealed. The Dance Party show’s first episode went on air,” explains Nixon, the show producer.

She adds that the show was exactly what the public needed during the tough, dark lonely days and nights of the total lockdown. With the dance party, came the new normal of partying from the comfort of your living space. To make the experience complete, some buy drinks to sip on while they enjoy the show. In a way, this new normal brought families closer. 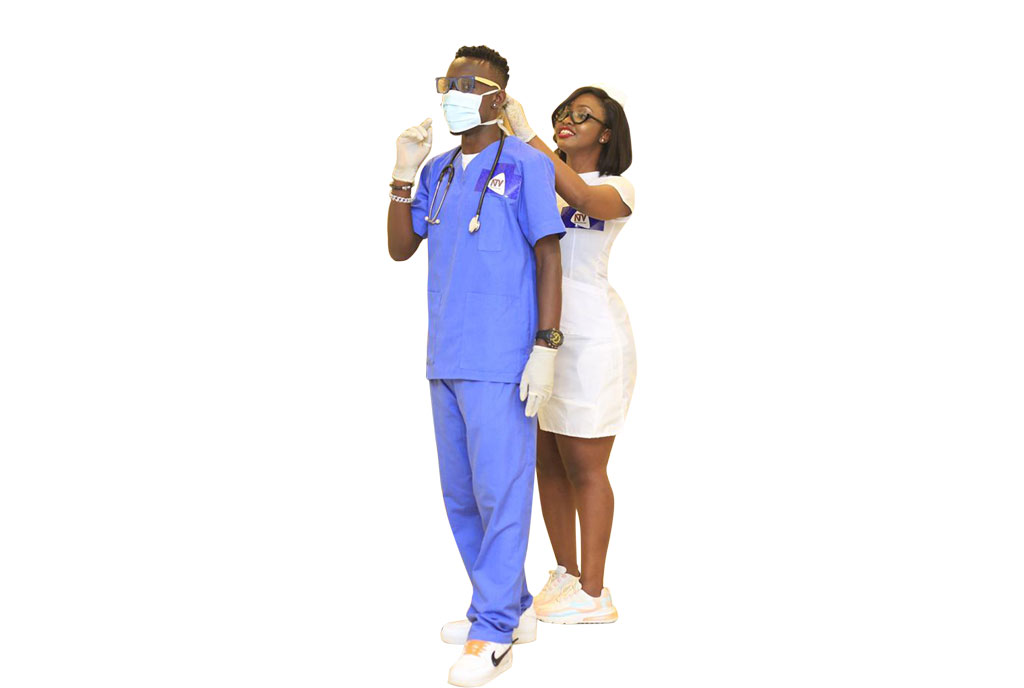 Nixon handpicked the hosts and DJs. She knew what she wanted and felt that her choice of team would   bring the idea of “dance party” to life just the way she envisioned it.

They all have different kinds of vibes. Take for instance DJ Mark Rebel.  Many people had never noticed him but Nixon says she had paid close attention to how he plays Ugandan and oldies music on Spark TV and at Club Guvnor. 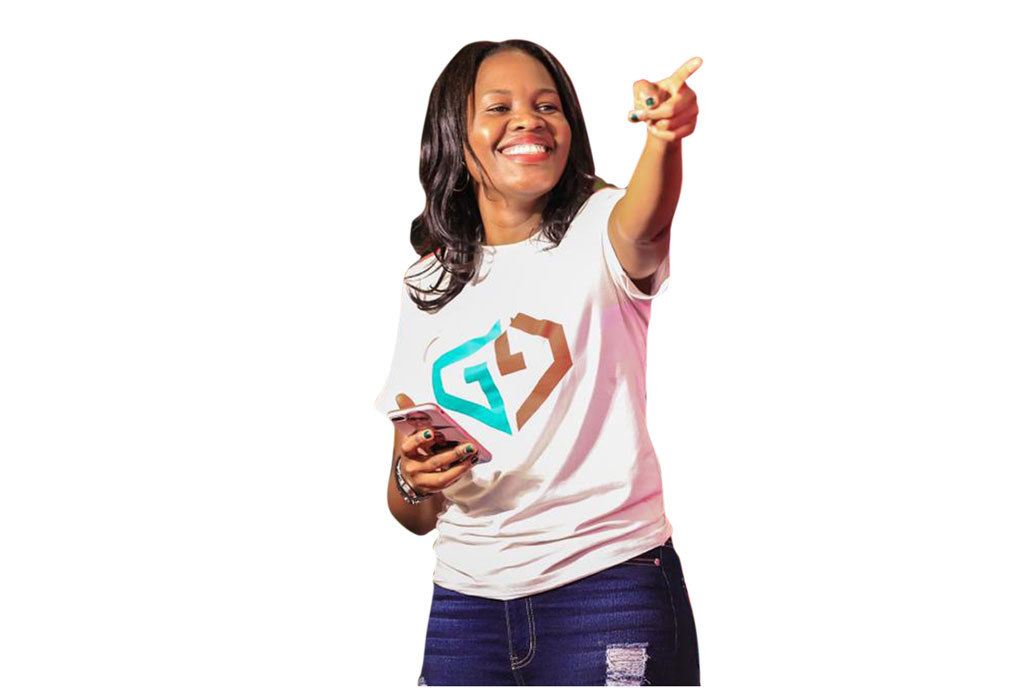 Bosslady. The brain behind it all… Ann Nixon Nakawombe, the producer.
PHOTOS /COURTESY

DJ Baby Love adds an element of showbiz in everything he does. Be it his hair or how he plays on the turntable. He is called the “next generation DJ” because of his gadgets and it’s because of his party vibe that he was brought on board on this team.

MC Esco’s voice commands attention and his subtle way of hyping a party and craft in emceeing is what got him on the show.

As for the crazy Crysto Panda, well, Nixon had seen him emcee at Burna Boy’s concert and the crowd went wild. His energy is the true definition of dance party.

“I must say most of the things he does on the show catch me by surprise like carrying a chair on his head, crawling on the floor when they play certain songs, screaming my name ‘Nakawombe mbe mbe… and he gets the crowd on their feet,” Nixon laughs.

Lynda Ddane is a very committed young girl, who loves to have fun at whatever cost and a darling to the audience.

With that combination, Ann says she knew they were bound to blow people’s sitting rooms apart. 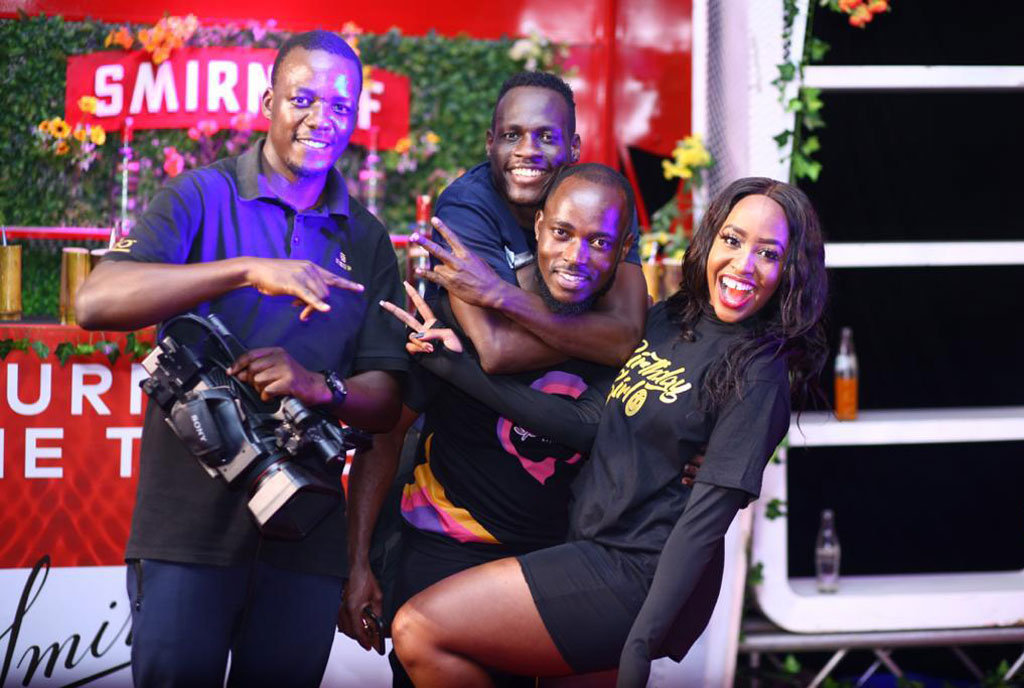 Ddane with some of the camera crew are the unsung heroes of the show. PHOTOS /COURTESY

There are people behind the scenes like the crew that you never get to see, those people who do the donkey work for the show to shine and these include four cameramen. Stephen Kirimu, Mark Kilama, Nelson Nuwaha and Henry Sserunjogi who are very brilliant energetic young men.

Photographer Drama Duncan is the one responsible for all the beautiful moments captured on the show.

Phillip Mutabazi and Peace Mukite, Dan Ssebakijje and Dan Echwalu are the directors.

The technical crew that includes Joseph Lubega, Bridget Ninsiima, Male John, Arnold and Eriku are extremely swift and effective. There is Joseph Nyamuhaki, the IT guru as well as the entire NTV digital team that includes Racheal, Barbra, Shilla and Joseph. The marketing team is comprised of Brian Ainebyoona, Kasujja and Jonathan and other producers Rosemary Nampijja and Isaac Kugoonza.

“Thinking about these guys’ hardwork and commitment makes me cry. For any producer to pull off a great production you need a committed crew that 100 percent has your vision and dream at heart. These guys are everything,” Nakawombe commends her team. 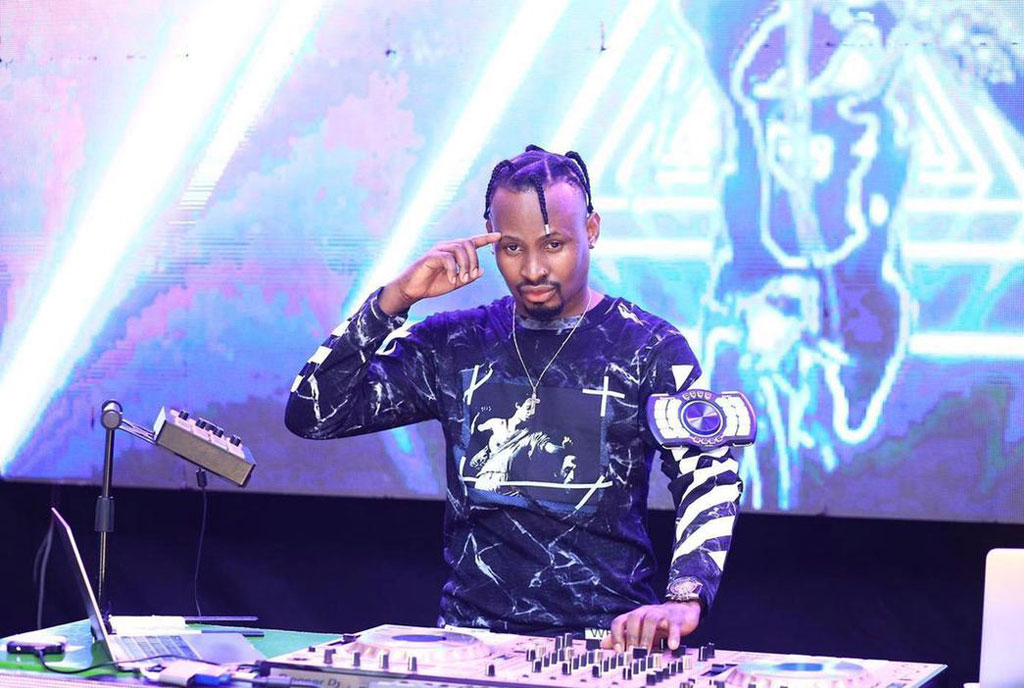 The impact of the show

Like many, we thought the show would be a short term project as life would be back to normal immediately after Covid-19. Well, we thought wrong. First of all Covid-19 is still here, and the lockdown has not been entirely lifted. They team had to keep looking for new ideas, before they knew it, eight months had passed and they are still going.

According to Swaibu Sebulime, a businessman in Kampala, TV programmes were never his thing. In fact the only time he would watch anything was when there was a football match. The first time he watched the programme, he was impressed.

“I don’t even know what made me switch to NTV that day. I saw a girl and two guys composed and good at what they were doing. The music mixing was also impressive and I found myself getting hooked to the programme every single Saturday until the wee hours of the morning,” he says.

Nixon also adds that the show has captured the audience, motivated the viewers and had the local music icons requesting to be hosted on the only available stage.

There is also the mixology bit where UBL mixologists have been tutoring the audience on the different ways of mixing up drinks. 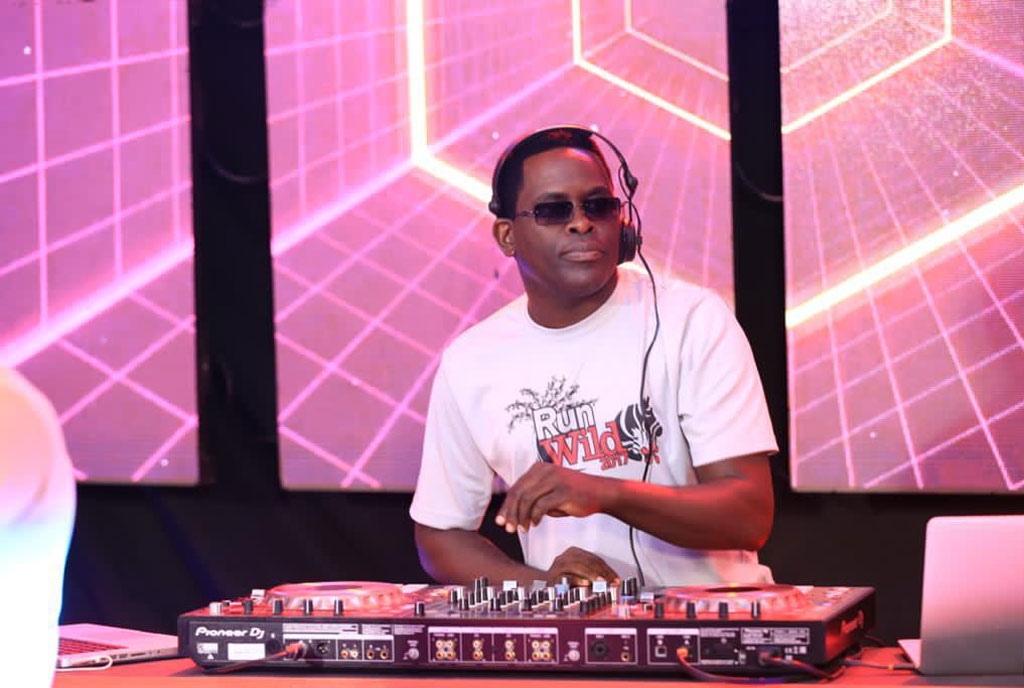 For the one year the programme has been in existence, they have managed to register some achievements such as getting sponsorship from UBL.

“It’s not easy getting someone to trust your show but UBL through Johnny Walker and Smirnoff have really been on our side for this long. Then there is Club Guvnor, Legends events and Kampala Serena hotel. Those are our biggest sponsors.”

She also adds that just being part of the leading entertainment musical show in Uganda is already a win itself and the fact that she has managed to produce a show that helped many people relieve themselves from the Covid-19 pandemic stress.

On the first night the show aired, it trended on Twitter and  went on to trend as number one for 52 weeks in a row. Besides that, it won the Buzz Teenies award for hottest TV show in just eight months.

That aside, the show is doing well from the feedback they are receiving online and from different people they meet.  Nixon believes that if it wasn’t for Covid-19, Geopoll or Ipsos would definitely rank the programme as the most watched entertainment show unfortunately since the pandemic started, there has been no research done by both. 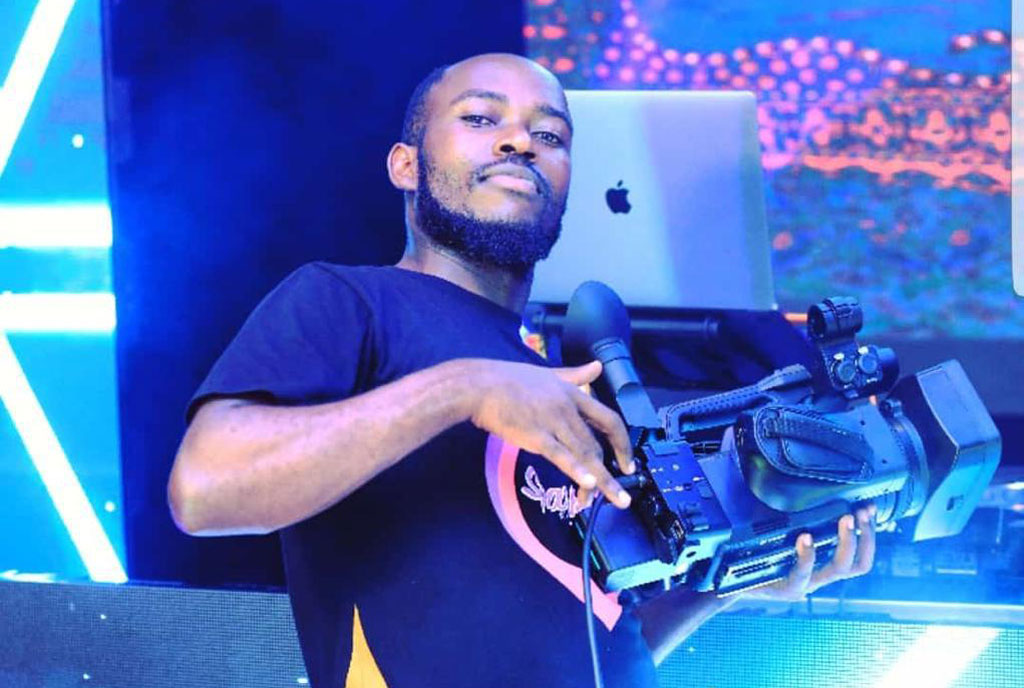 In the eyes of the viewers, it was a battle for supremacy between NBS’ Saturday Night live and the Dance Party show on NTV but according to Nixon, it wasn’t.

“The show was never a battle as some people thought. We were simply doing our thing and by “our thing “ I mean the showbiz, the drama, the presenter style and fashion and the entire presentation was us doing “our thing” the whole battle idea was started by people on social media who created the idea of us having a battle with our neighbours… I mean it was the lock down all we had were our phones and the television…  hence the battle idea being created,” she says.

Asked how the Dance Party is different from other musical shows, she says the vibe on the show is so real and that it’s a once in a lifetime experience. It’s an actual party despite the fact that it happens on television.

“How many shows were started on other platforms but the sound, energy and vibe on Dance Party is unmatched?” she asks, not really expecting an answer. 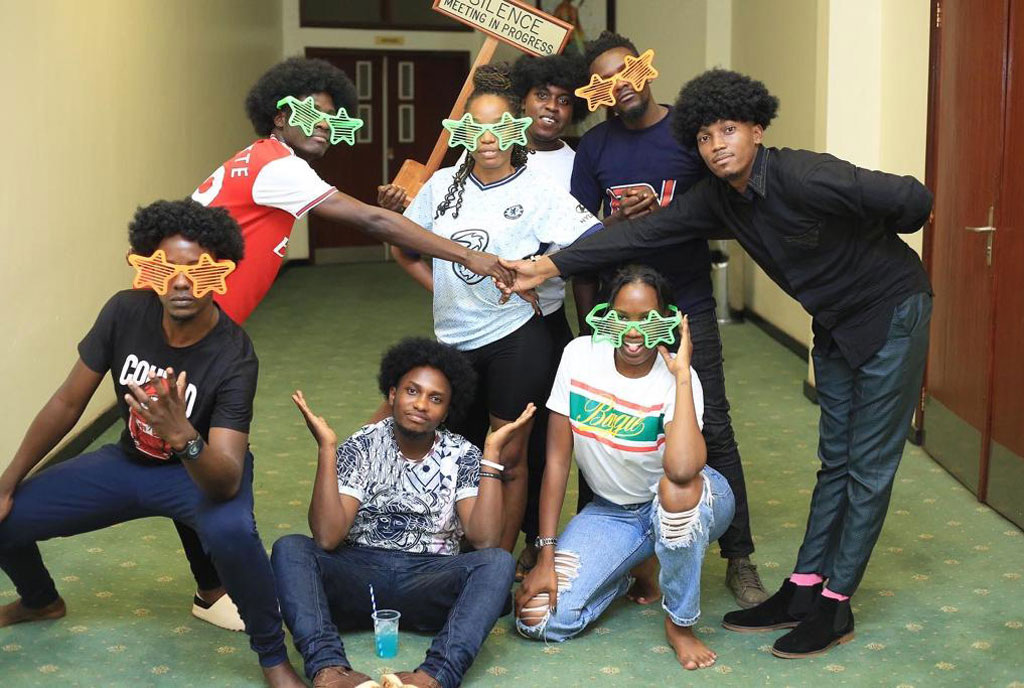 Despite the successes, the Dance Party also has some challenges like paying the price of working long late night hours just to keep the viewers entertained.

Besides that, the big team also comes with some challenges, especially for the producers because it is never easy to lead a team of young vibrant famous people who have a brain of their own with big egos.

Much as the hype has gone down with the show, it is not being scrapped. It still remains one of the biggest programmes being loved by the young, old and elderly people and what they are planning on doing is to keep generating more ideas.

“Yes it’s been a year of intense hard work and entertainment. For us it’s just the beginning. We have got so many requests from people from different places in Uganda and beyond asking us to take the dance party to them … you never know we shall be in your region soon,” promised Ann.

But before that, she promises what she calls a movie during the first anniversary of the programme tomorrow where some of Uganda’s biggest artists are lined up to perform as well as other surprising activities.