A toast to more fun as Dance Party turns one 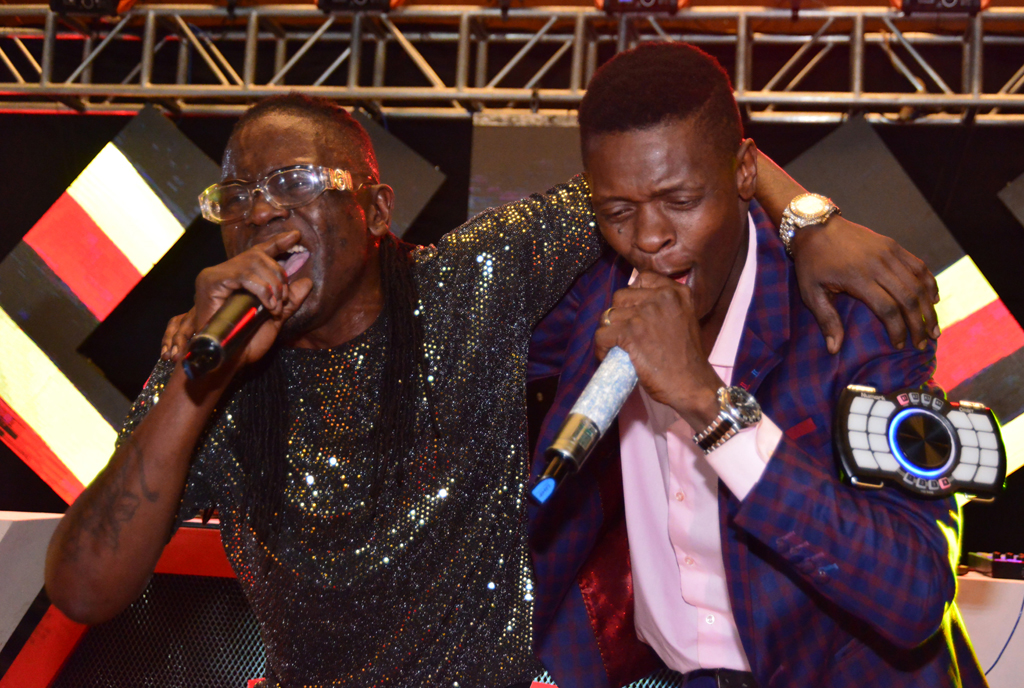 It was music, more music, dance, performances, cake and of course Etania as the crew celebrated their one-year anniversary.

Looking at the brighter side of things, if there was never a lockdown, there would never have been a Dance Party. From a year now, the NTV show kept people sane of Saturday nights.
And to mark the milestone, the team that keeps the party alive until the wee hours of the morning celebrated its first anniversary on Saturday – in style!
It was party, dancing, cocktails courtesy of the show sponsors Smirnoff throughout.

The week-long preparation paid off for Ann Nakawombe, the producer of the show, for the 53rd week, the show trended on social media.
To obviously open the show was the DJs, with the first set played by Mark Rebel who is known for his oldies touch. He took the audience down memory lane and to make it even more interesting, the trio, Lynda Ddane, Esco and Crysto Panda dressed up in old skool outfits. 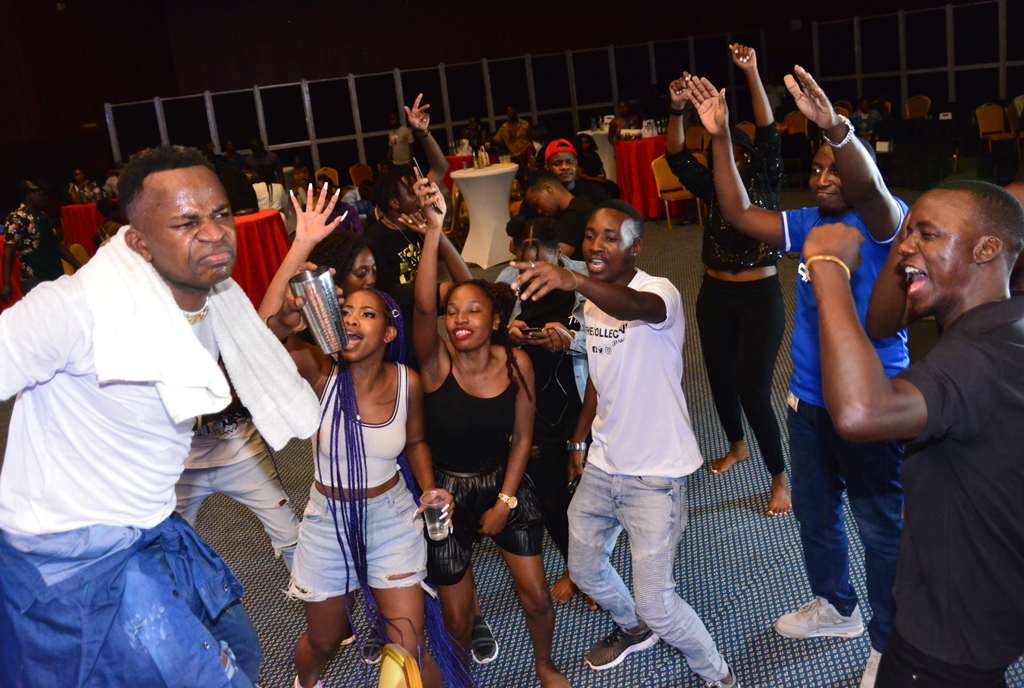 This session lasted an hour before Fame Deejay took over, playing mostly dancehall and RnB jams.
During this session, the presenters changed outfits and had Etania from the Friday Mix Show joining in. Her chemistry with the entire team was evidence that she can perfectly fit into any party space – a true life of the party!
Ceasor and DJ Bryan also had a good show but it was Baby Love and DJ Pitto who stole the show. Their music selection was on point. They got everyone in the crowd on their feet and no one at any single time sat throughout their sessions. 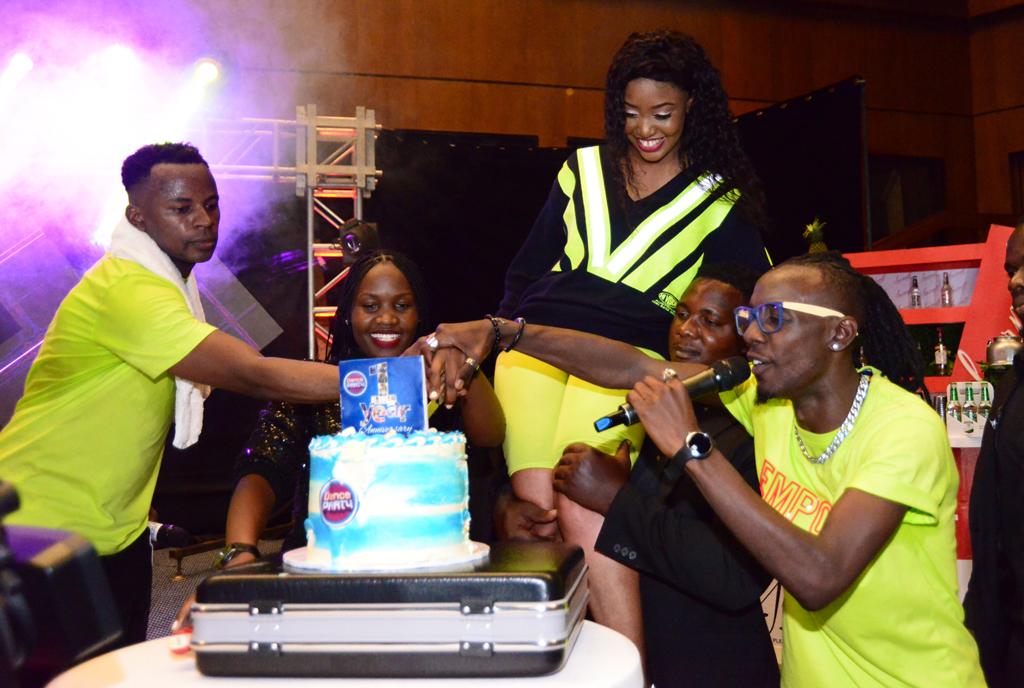 Prior to the celebrations, Daggy Nyce on Friday’s edition of the The Beat programme, had asked viewers to list some of the artistes they wanted to see perform and those with the highest number of votes would make it on the programme.
Some of those that performed were B2C, Dre Cali, Fik Fameica, Ykee Benda, Weasel and Pallaso.
Before them, the H2C dancers warmed up the stage for with some risky but entertaining dance moves.
However, it was Chameleone who was the performer of the evening with his “Bomboclat” and “Kigwa Leero” songs as well as Feffe Bussi who impressed with his freestyle session, among other songs. 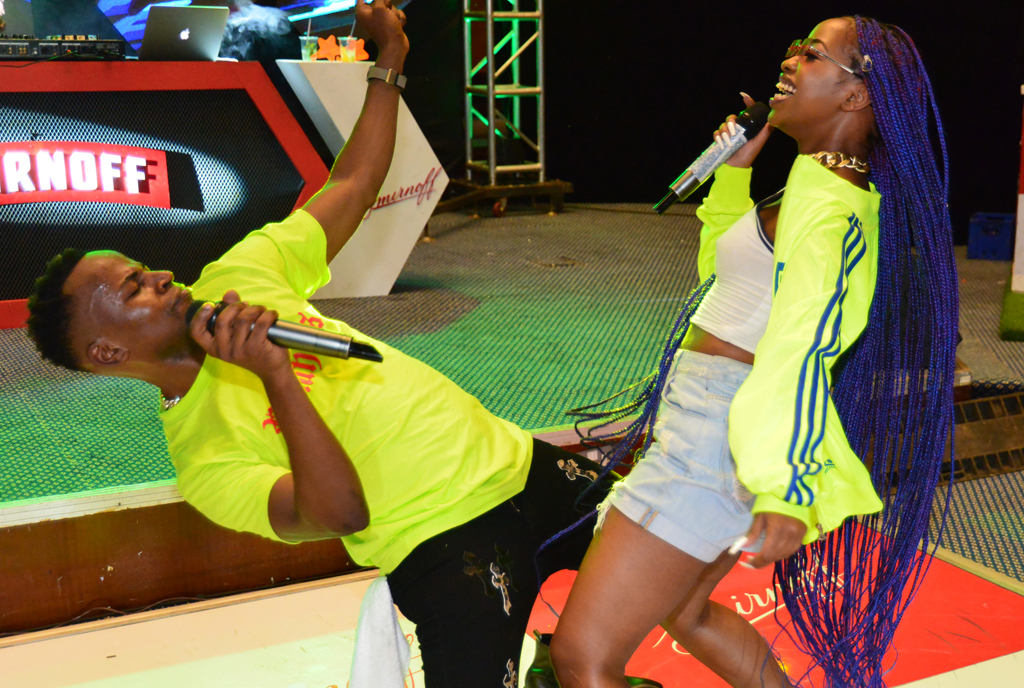 Despite the hype and amazing line up, there was poor sound as well as disappointment from Zex Bilanjilanji and Spice Diana, who snubbed the show. The two were scheduled to perform but did not turn up.
Cake was cut but before then, Nakawombe had something to say, “This is all possible because of you guys watching. We highly appreciate you and to my crew and sponsors, thank you so much.”