Do you remember poking? Was it meant to be appealing? 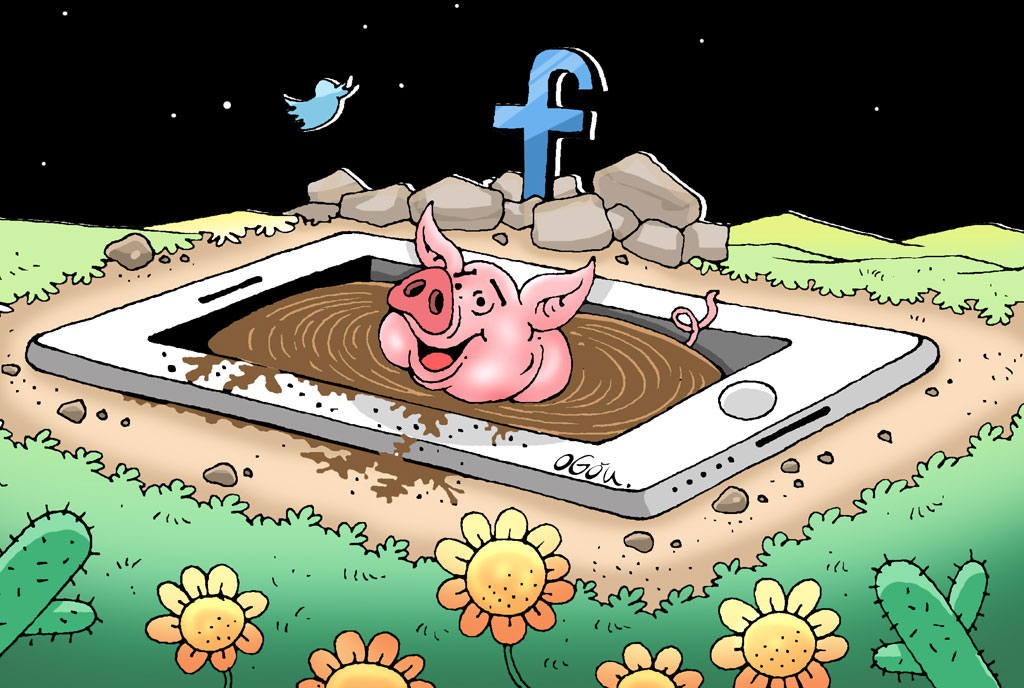 Changing times: Once upon a time, social media in Uganda was a close-knit family. There weren’t many Ugandans with access to the platforms. Those were the days when internet cafes were still trending. Fast forward, most people have a smartphone and social media has morphed into something bigger than what we all anticipated.

In the early days, you had the likes of General Sweetman. These were the great people of our days. Before Mama Tendo, you had groups such as Technology Wizards. In those days, people struggled with profile pics. You wouldn’t be shocked to find someone using a cat as their profile photo.

Do you remember poking? Well, in those days, there was a useless tool known as the poke button. You could poke anyone and everyone. It was meant to appeal to our idleness. Overall, social media was a summer of love. People would express their feelings in public. You didn’t have to slide into someone’s inbox, you could directly comment on their wall (that’s no longer possible).

Remember Facebook zero? Or perhaps most of you don’t. Facebook zero was the UPE equivalent of social media. It didn’t require one to have a data bundle in order to access Facebook – only that all you got was access to text and no images.

Now here we are in the new age of social media. Unlike in the earlier years where social media celebrities were limited, today, anyone can become an instant social media hit. In a way, social media has also contributed to the decline in value of our real-life celebrities. Why should you pay to watch a Bebe Cool show when you have full access to him on a daily? Today, our celebrities are snapping away every moment of their lives.

Social media has also become the public court. Judgement is instant. The social media judges are always waiting for a trigger before they set loose the wrath of their judgement. Alex Mukulu could not survive his week of bashing. It is now said everyone is going to have their 15 minutes of shame. Every week, the social media warriors are always biting at some personality. One wrong statement, one slight mistake and boom, you will be instantly judged and punished! To imagine that Alex Mukulu can be condensed into a ‘muwunya’ moment.

The clever ones such as Museveni have resorted to blocking social media comments. According to the social media court, no one is above the law. If you went through the comment section of any leading personality, you will be in shock. No more respect, there is a constant brigade of attackers, with one aim of dismembering individuals.

When Evan Spiegel was launching Snapchat, he argued that our identities were now in flux. We no longer had permanent identities. As such, none of our moments could be permanent, unlike our parents who used photos to store memories. Today, we use photos to converse. Photos are for instant expression.

To appeal to our liquid identities, platforms have now introduced stories, status updates, and disappearing messages. It is now normal for relationships to end. On social media, they all know one thing; “it will end in tears.” You have a Nina Roz and Daddy Andre, you will have a Sheilah and God’s Plan. It’s not a matter of “if” the relationship ends, but “when”.

Also, remember to create the profile of your baby. Today, every baby has an Instagram page (of course updated by the mother). It is the peak of narcissism. The baby will write; “I love you mum”. Then the mum in turn will reply to herself. Lol!

Social media is now fully about highlights. You must disguise your struggles. Post about those travel moments. You must project a good life. Look for that perfect background, everything must go through a filter. Take the photo with the First Son, post that. It will add to your worth on social media.

Your engagement ceremony cannot be ordinary. Propose aboard a chopper or an air balloon. Social media is about projecting extraordinary moments. You must express the exceptional you. Your failures should be kept undercover. Only talk about those failures after you succeed. Remind people how you started your barbershop with just a strand of hair.

We now do everything for the gram. Before you visit a place, ask yourself; “is this instagrammable?” or like the pros say, “Is it Insta-worthy?” If not, then it is not worth the visit. It is not about being happy, it is about making others believe you are doing better.

The other way to break out on social media is to court controversy, appeal to your weird self. Social media hates normalcy. It rewards the contrarians. If the majority is saying one thing; find a way to go the opposite direction.

Today’s social media is a jungle, only the fittest make it out alive. It is Russian roulette, eventually we shall all perish at its hands!