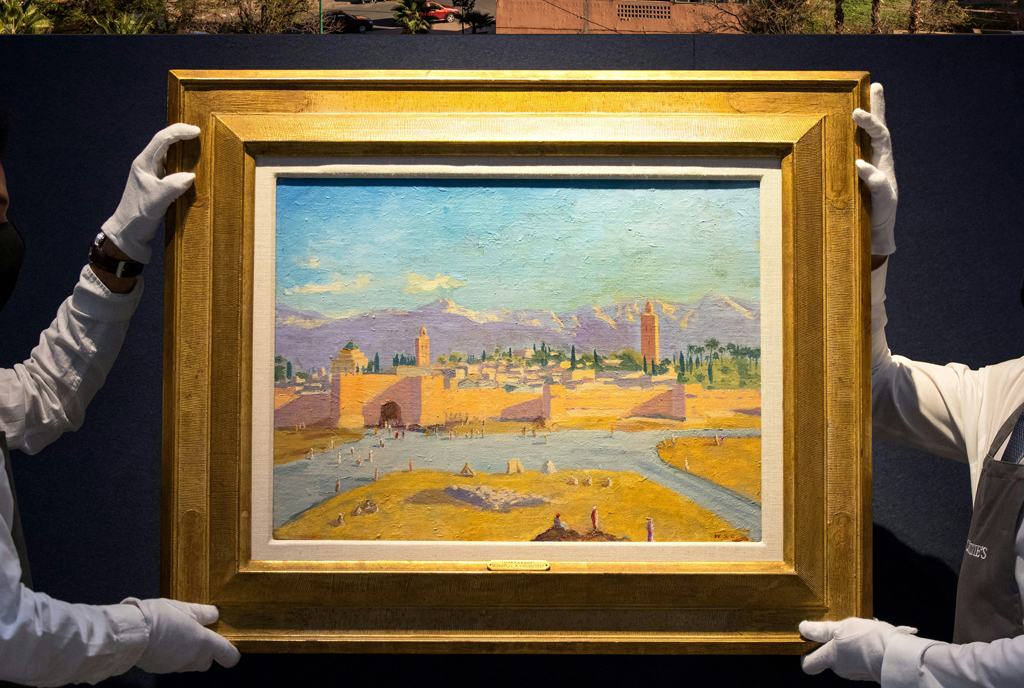 Gallery workers pose with an artwork titled “Tower of Koutoubia Mosque” by Winston Churchill during a photocall at Christie’s auction house in central London on February 17, 2021. PHOTO/ AFP

Churchill, a keen artist, took inspiration from the Moroccan city and painted “The Tower of the Koutoubia Mosque” oil work during a World War II visit in 1943.

He gave the finished article to fellow wartime leader, US president Franklin Roosevelt.

“Aside from its distinguished provenance, it is the only landscape he made” during the war, it added.

The work eventually found its way into the hands of actress Angelina Jolie, who recently put it up for sale.

After frenzied bidding, much of it carried out over the phone, the gavel eventually came down at £7 million, smashing the pre-sale expectations of £1.5 to £2.5 million.

Christie’s said in a tweet that the sale figure with commission was £8.2 million.

Two more of his paintings also went under the hammer, with the three works together fetching £9.43 million. 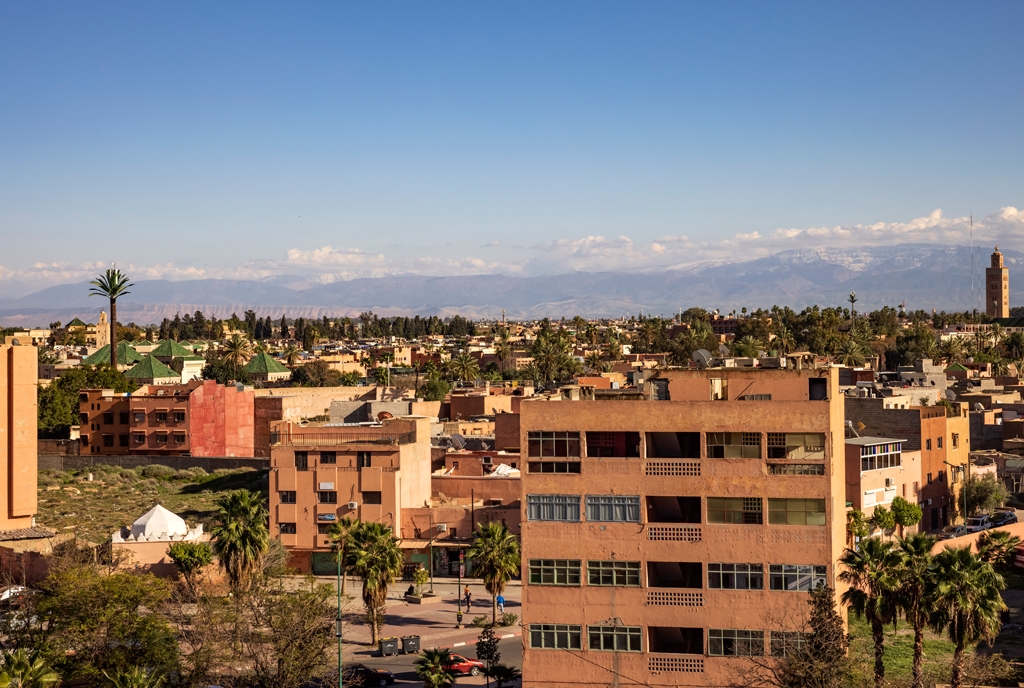 A pictures shows a general view of the Moroccan city of Marrakesh on February 24 , 2021

A career army officer before entering politics, Churchill started to paint relatively late, at the age of 40.

His passion for the translucent light of Marrakesh, far from the political storms and drab skies of London, dates back to the 1930s when most of Morocco was a French protectorate.

He went on to make six visits to the North African country over the course of 23 years.

“Here in these spacious palm groves rising from the desert the traveller can be sure of perennial sunshine… and can contemplate with ceaseless satisfaction the stately and snow-clad panorama of the Atlas Mountains,” he wrote in 1936 in Britain’s Daily Mail newspaper.

He would set up his easel on the balconies of the grandiose La Mamounia hotel or the city’s Villa Taylor, beloved by the European jet set of the 1970s.

It was from the villa, after a historic January 1943 conference in Casablanca with Roosevelt and France’s Charles de Gaulle, that he painted what came to be regarded as his finest work, of the minaret behind the ramparts of the Old City, with mountains behind and tiny colourful figures in front.

“You cannot come all this way to North Africa without seeing Marrakesh,” he is reputed to have told Roosevelt. “I must be with you when you see the sun set on the Atlas Mountains.”

A newspaper photograph taken at the time shows the two wartime Allied leaders admiring the sunset.

After the US delegation had left, Churchill stayed on an extra day and painted the view of the Koutoubia Mosque framed by the mountains.

He sent it to Roosevelt for his birthday. 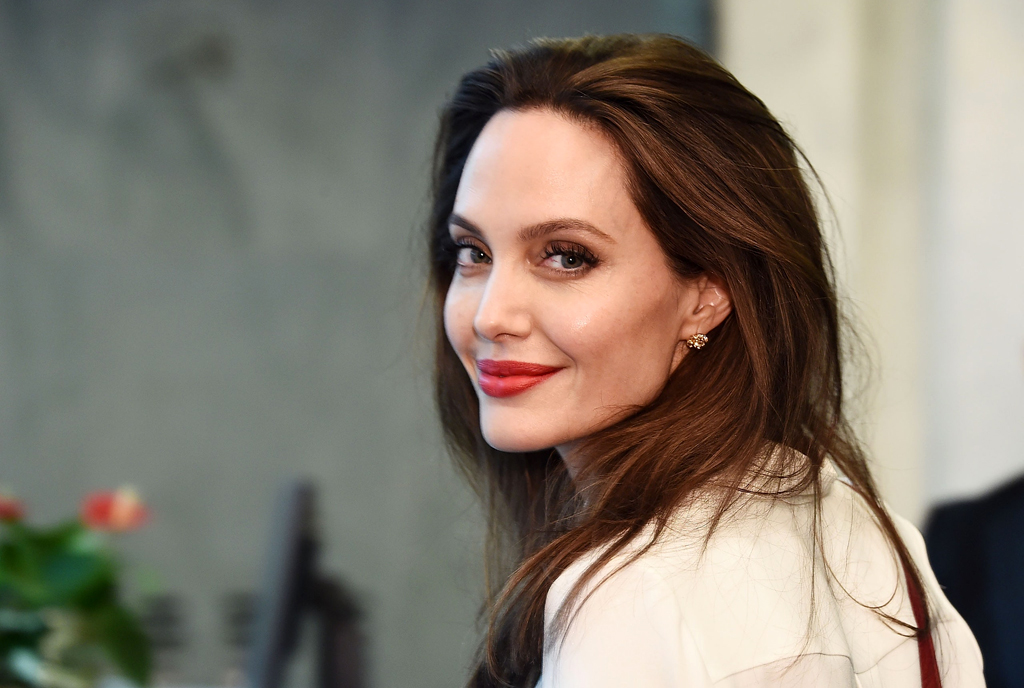 “This is Churchill’s diplomacy at its most personal and intense,” said Christie’s head of modern British and Irish art, Nick Orchard.

“It is not an ordinary gift between leaders. This is soft power, and it is what the special relationship is all about.”

A second Churchill landscape, “Scene in Marrakesh”, painted on his first visit to Morocco in 1935, earlier sold for £1.5 million.

That was painted while on a stay at Mamounia, where he marvelled at the “truly remarkable panorama over the tops of orange trees and olives”, in a letter to his wife Clementine.